I'm trying to get my head around how ST_ShortestLine (and ST_Distance and ST_LineLocatePoint) work with different projections. The result for the shortest line differs depending on which projection I use (either 4326 or 900913). 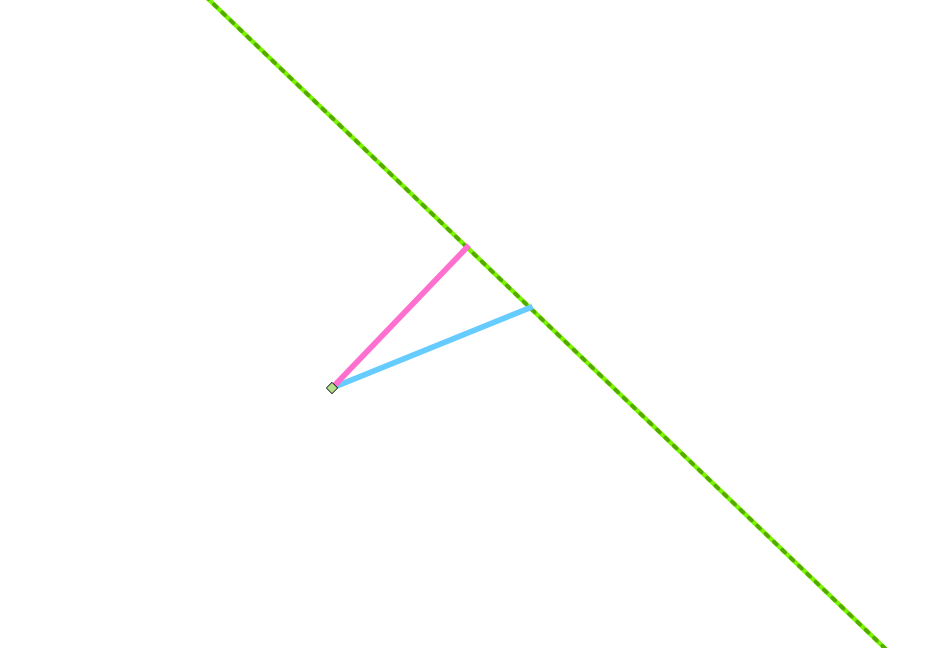 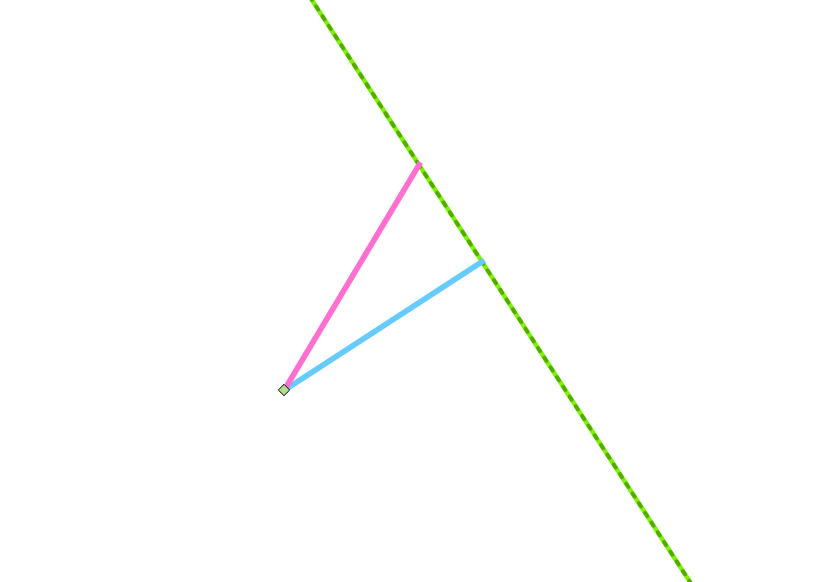 As you can see, they are both the shortest line depending on the projection you visualise in. So which one is actually the correct 'shortest line' in reality? The actual thing I'm visualising here is the nearest point on a road to a bus stop – the small difference in output is actually a big deal for geographic accuracy.

If it helps, the final output for this data will be in the 900913 projection (D3.js). I'm happy to go with the transformed 900913 output, I just want to understand what's happening and which one is actually truly shortest.

As Mike says it's best to use a local projection system, as over short distances(less than 20 km) the earth is nearly flat. So measurements made on the projection plane are very precise.

Just bear in mind that for longer distances various corrections need to be made. This is due to the earth being somewhat ellipsoidal in shape.

A good way to think of if is;

If an airplane flies from London to Tokyo, it will fly the shortest distance between the two points. This 'shortest distance' will be along an arc (following the earth's curvature). 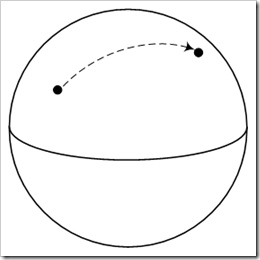 In the image above I used a sphere to demonstrate the idea. It's the same if you use an ellipsoid, i.e WGS84 Ellipsoid commonly used for projections.

In the above image the central meridian is the one which coincides with the red line on the right. (This is an image of the UTM projection)

The scale factor here is smaller at the central meridian than at the far sides of the projection especially near the poles.

Also take a look at the lengths of the lines from the two projections with ST_Length, and you will see entirely different numbers, as the units of measure are different (degrees vs metres).

The more approximate physical distance-based calculation is with the spherical Mercator projection, 900913.

2
KML from EPSG:4326 to EPSG:900913
9
Transforming from SRID 900913 to 4326 with PostGis
1
Geoserver GeoWebCache caches tiles of incomplete layers
4
Using st_distance to calculate shortest distance between a table with point geometry to a table with multipolygon geometry
2
Find closest point on a MulitLineString for each point of a MultiPoint
2
pgr_dijkstra gives wacky routes sometimes with undirected graph
1
Should ST_OrientedEnvelope results differ depending on order of transform?