What do you think is happening to my QGIS Georeferencer

I'm pretty new with QGis, but have used tools as Openlayers and Geoserver for some years now without never being asked to diplay a georeferenced raster image. Which gets me to use QGis in order to build a Geotiff from a simple scanned PNG or JPEG.

I've followed many tutorials, but I'm somehow still struggling to import any image file in my Georeferencer plugin window.

Here's what I get when I import a jpeg image: 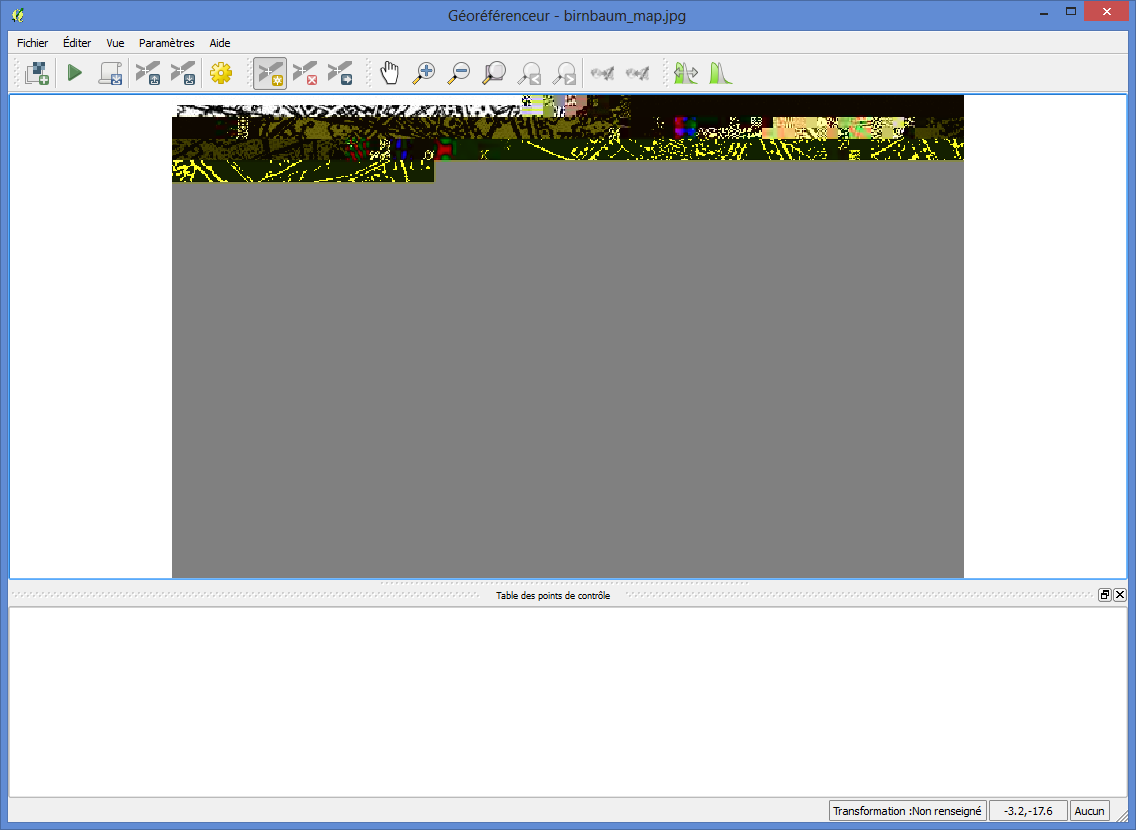 It looks like a badly read jpeg. Any idea ?

Thanks for your help !

I've tried with a PNG by converting the original jpeg with an image tool (like IrfanView) and the image is now diplayed. It's better, but doesn't answer exactly why the jpegs aren't working ...

Browse other questions tagged qgis georeferencing or ask your own question.