I currently have a shapefile with 5 catagories of overlapping polygons ranked 0-4, 1 is the most recent polygon, four is the oldest and 0 is undefined.

I am looking to use ModelBuilderr to seperate this file into each of the five catagories and then merge the entire layer diplaying only the highest ranked polygon (no overlapping older/lower ranked polygons drawn) as the file has over a 1000 polygons and the goal is to speed up drawing and use the final layer as asa reference to quickly visually identify the most current file for an area.

Firstly run the union tool on the shapefiles. Quoting from the documentation...

Union can run with a single input feature class or layer. In this case, instead of discovering overlap between the polygon features from the different feature classes or layers, it will discover the overlap between features within the single input. The areas where features overlap will be separated into new features with all the attribute information of the input feature. The area of overlap will always generate two identical overlapping features, one for each of the features that participates in that overlap

This will create a set of identical overlapping features. You can calculate the highest rank using the dissolve tool. The dissolve tool needs a unique attribute that is the same for all the polygons within a set.

I suggest this workflow in ModelBuilder (in pseudo code):

The logic consists into calculating the difference between two consecutive ranks and then merge the partial results, going from the highest rank to the lowest one.

Note: the Erase tool is available with ArcInfo license only.

I had a similar problem. I was buffering street intersections, and there was quite a bit of overlap among the polygons. I finally found a way to do it through OPENJUMP. Openjump is a very simple program, but has some great features. 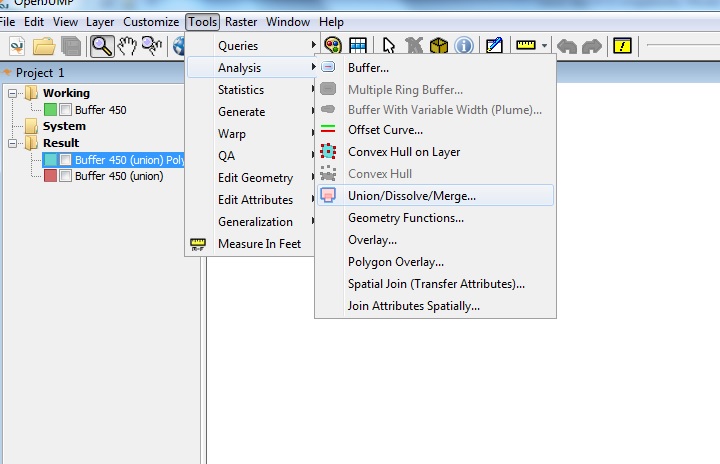 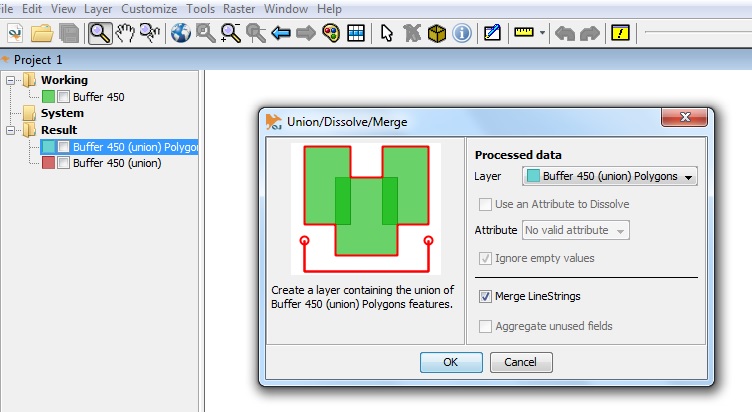 You'll end up with two additional files, one containing the name of the file and union in parentheses, and the other with name (union) polygonize. Right click and save the dataset as a shapefile.

Not the answer you're looking for? Browse other questions tagged arcgis-desktop modelbuilder overlapping-features or ask your own question.