Converting a distance to a map distance

So I tried to create line from every segment of the polyline. And calculate perpendicular distance from a point to the line. but this distance is not same as the distance I get from ICurve.QueryPointAndDistance Method's distanceFromCurve. 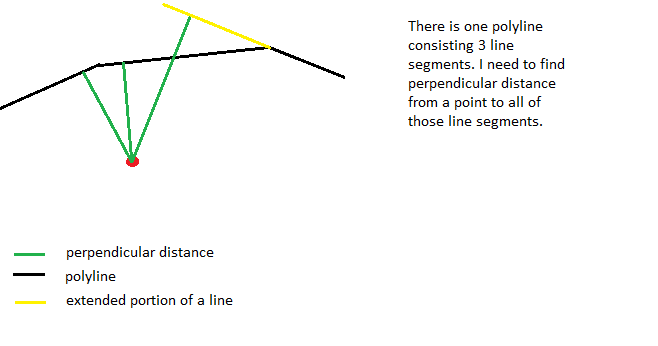 I am using arcObjects and c#. the input feature layer is always projected. So I am getting X, Y value in meter/feet. For calculating perpendicular distance I am using following method:

Line is an internal class.

Point is another internal class.

Browse other questions tagged arcgis-10.0 arcobjects c# distance or ask your own question.