I have recently stumbled upon a presentation and paper by Duncan Smith exploring geovisualization of 2001 area classification of output areas using building level resolution of urban area (London in this example). 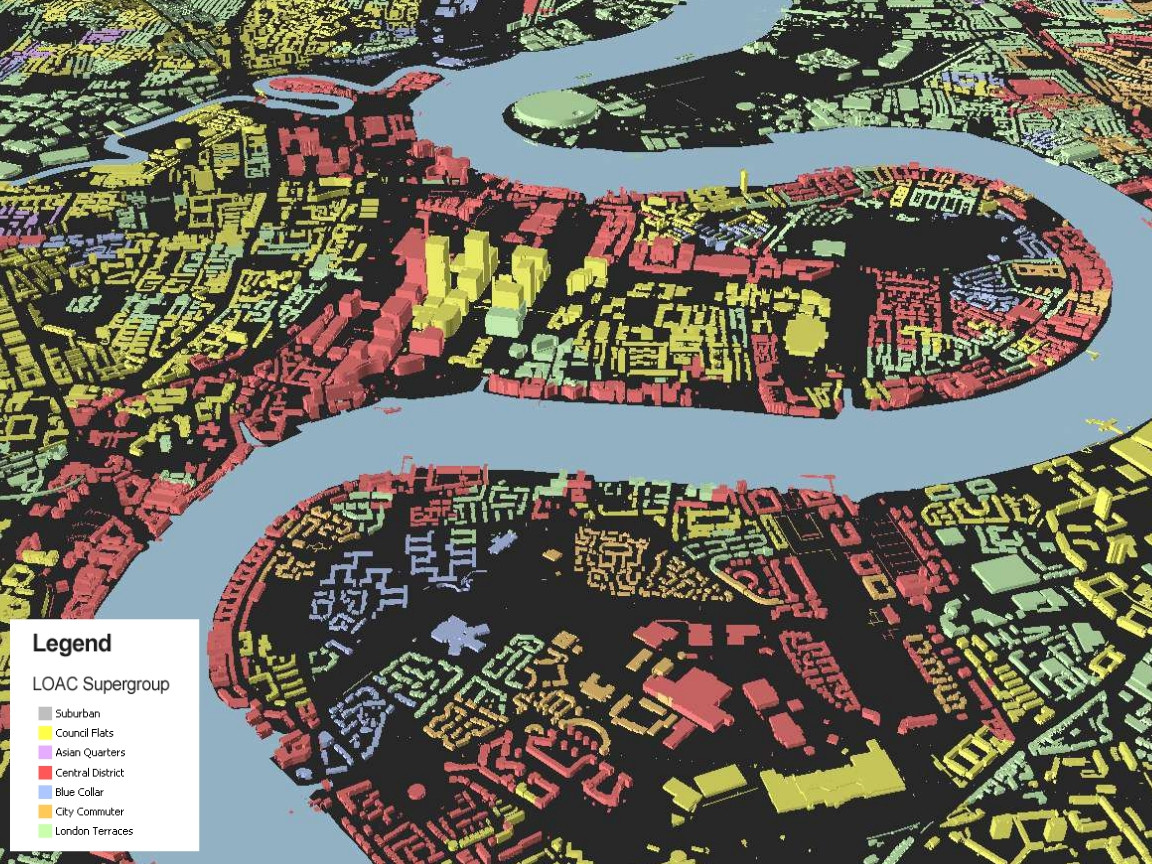 Could you point me to any other examples of such applications using social/economic/health data?

What are the advantages and disadvantages of your examples?

Noise mapping a good example of such visualization at the building-level (it is even more detailed, at the facade level). The advantage is obvious: mapping such phenomenon is not possible in 2D. The disadvantage is that is is hard to see the overall noise repartition. 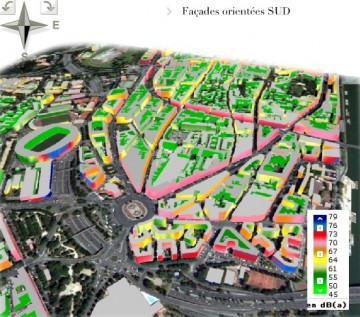 Building footprints in the Boston area coded according to their proximity to liquor licenses: 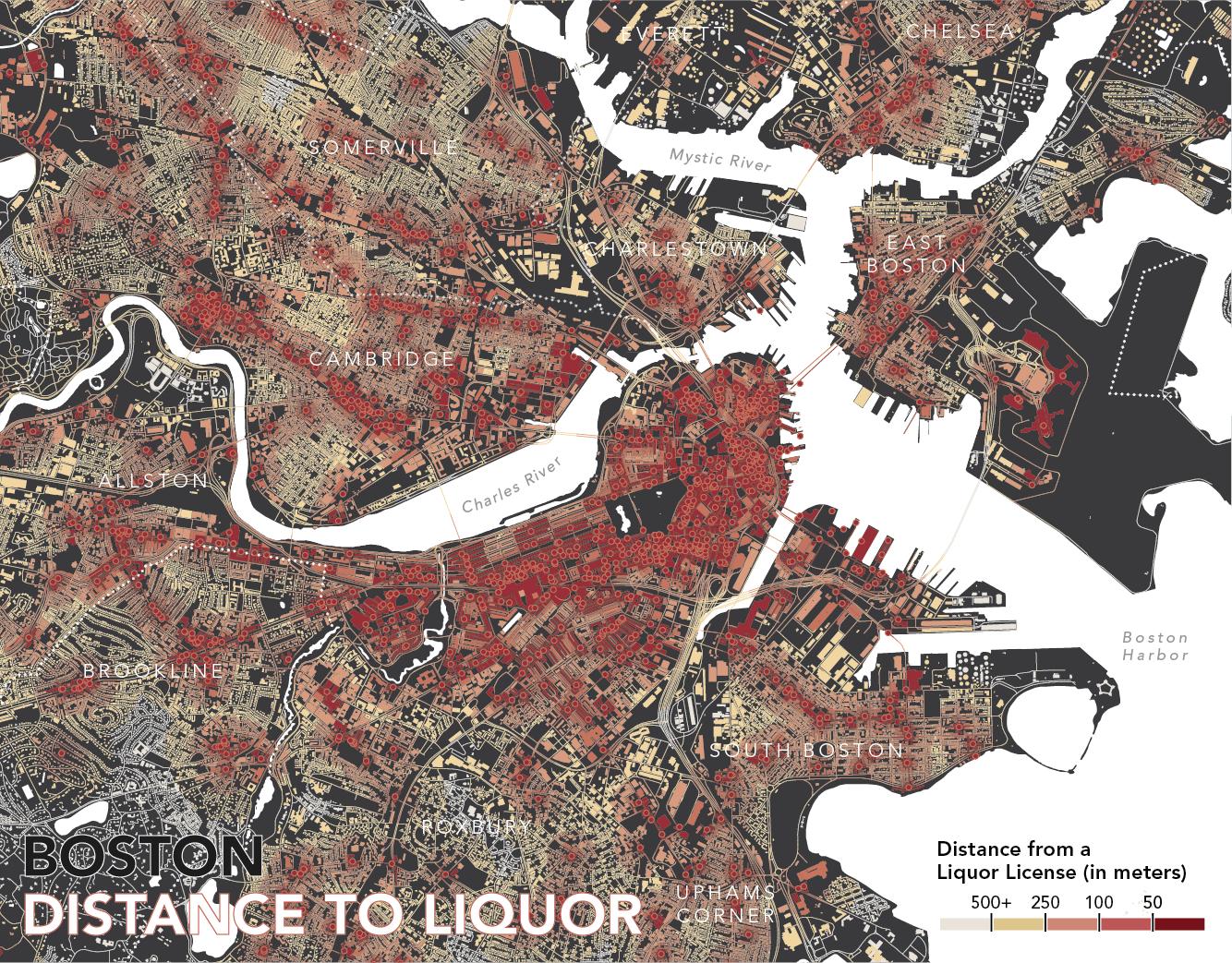 It's not quite to the building level, but there is a parcel based landuse forecast model for the Houston area. 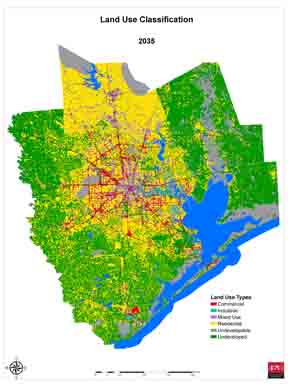 When I see such fine-grained modeling I get the feeling that GIS needs some sort of uncertainty principle.

I forgot to mention that this model was created using UrbanSIM.

This paper, inspired by UrbanSim, Interactive Design of Urban Spaces using Geometrical and Behavioral Modeling, describes how "building envelopes" can be generated:

Our system determines the building type, which implicitly reflects land use, by inspecting the ratio of number of jobs to the population size and chooses a building from a small database of procedural building styles. 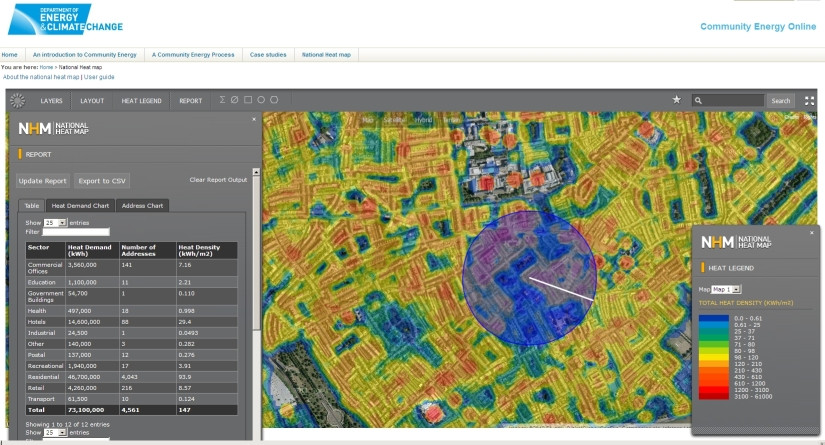 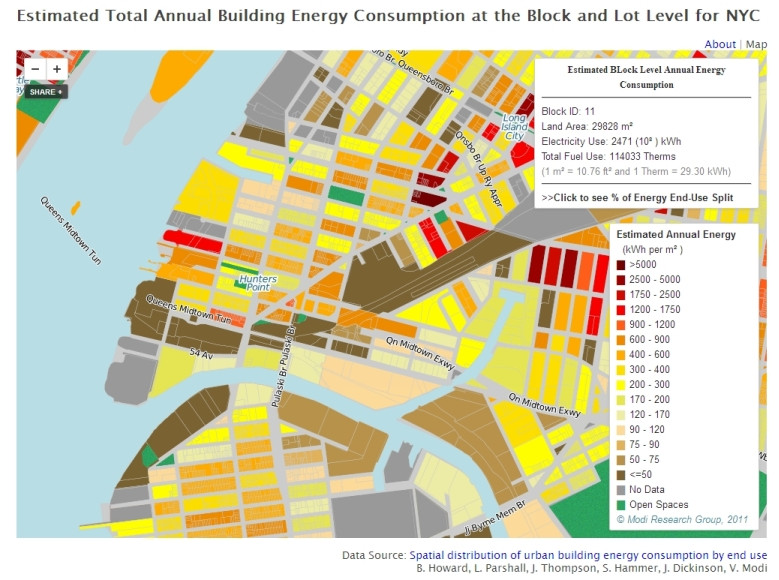 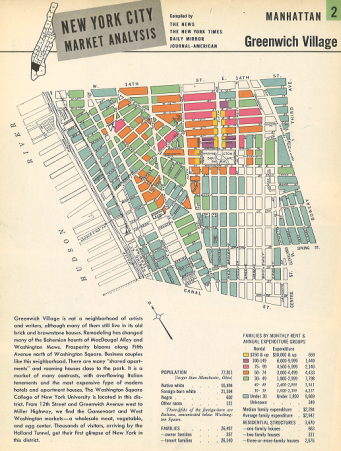 It's a Sanitary Map and Social Chart of the Fourth Ward of the City of New York that accompanied 1865 Report of the Council of Hygiene and Public Health of the Citizens' Association of New York upon the sanitary condition of the City. 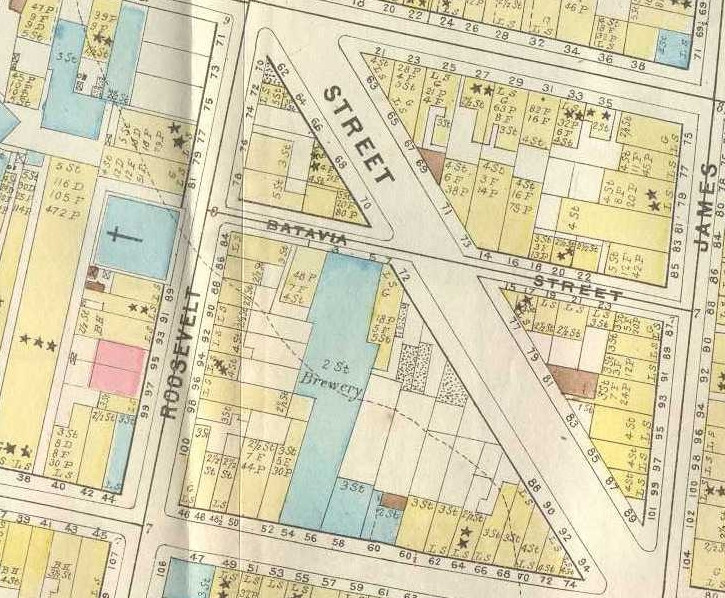 An few interesting applications can be found on James Chesire's blog in this post, Deceptive in their Beauty?. In that particular example he gives both positive comments about using building parcel data to attempt to more accurately visualize population location data (mainly referring to the work on dasymetric mapping versus just symbolizing census geographies), but also gives some critical comments. In particular, the mapping of the population attributes to the building parcels implies a much greater level of precision in the data than it warrants (a sentiment that fits in well with Kirk's comment about an uncertainty principle). It is a similar critique to many dot density maps (which the blog mentions as well).

He has a few other examples, and points to the work of Charles Booth. A relevant historical figure in mapping such small units. An example of his work (original link available from blog post) is below. 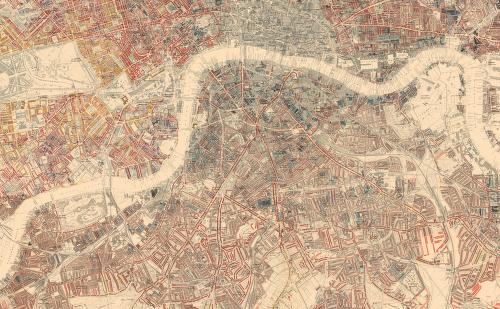 A Survey of the Flooding in N.Y.C. After the Hurricane

And IDV Solutions' blog points to an examples of static and dynamic maps of Sandy'd damage in NY: 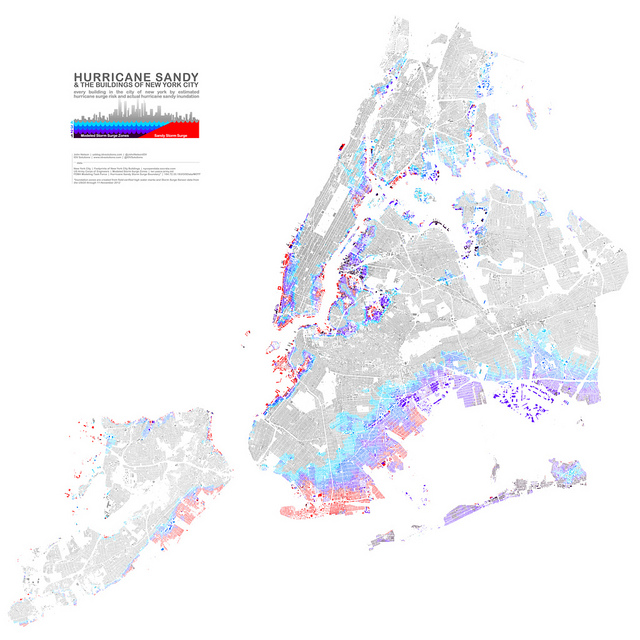 Not the answer you're looking for? Browse other questions tagged visualisation or ask your own question.