Avoiding pop-up when having multiple hyperlink layers in ArcGIS Desktop?

I recently upgraded to ArcGIS v10.2, but the same functionality still exists. And based on the responses so far, I probably didn't explain my question very well.

First of all, I am not talking about a bug or error. The functionality is as expected, but I am looking for a way to overrule the default functionality.

Secondly, for simplicity I used countries and cities, but in reality it was contaminated sites (polygons) and borehole locations (points). The problem however doesn't change. 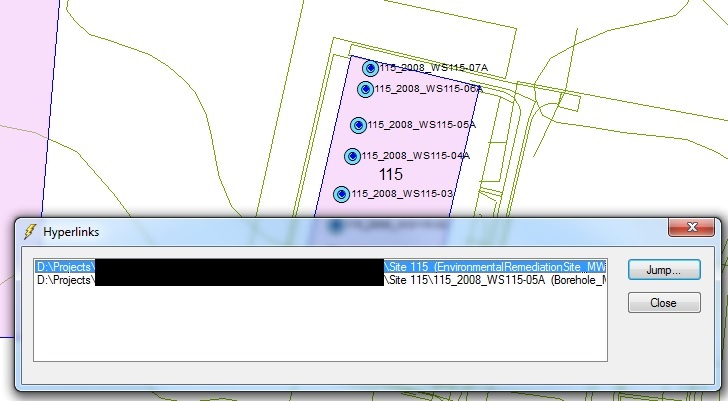 Is this easily doable, or would I have to design a complex Python function? Given that this is such a negligible inconvenience, it's not worth to alter this. But if there's a quick tip, I'd happy to hear.

It sounds like you are encountering software functionality which is working as designed.

Consequently, if you wish to have the specification for that functionality enhanced then I think you will need to submit an ArcGIS Idea.

Not the answer you're looking for? Browse other questions tagged arcgis-10.0 arcgis-desktop hyperlink or ask your own question.