Different output from running algorithm in toolbox and from script

I am unable to get the same results when running the qgis:reproject tool from QGIS processing toolbox (QGIS version 2.0.1) as when running it from a Python script (console). In this example I am projecting from WGS 84 to Europe Albers Equal Area Conic.

In the toolbox, I run Geoalgorithms->Vector->General tools->Reproject layer. I choose my target projection and input/output files. I uncheck the box to load the layer after finishing. After the tool has ran, I find a .shp, .shx, .dbf, .prj and .qpj file on disk.

If I in console do the following:

the result is a .shp, .shx and .dbf file on disk, as well as an empty .prj and .qpj file. Well, the .qpj file is 1 byte, seemingly a newline. Why are these not written properly?

Using a diff tool on the output files, the .shp and .shx files are not the same as the output from the toolbox algorithm. What is the toolbox version doing that I am not? According to processing_qgis.log the same processing algorithm is ran. (Note: Turns out I overlooked a critical point here, see my answer)

This question evolved from the following question: No prj file output from qgis:reproject. Basically I am trying to reproject a layer from one CRS to another, and import that layer into QGIS, retaining distortions (no on-the-fly projection). This works fine if I run the toolbox algorithm, but if I run it from script I get some sort of on-the-fly projection, even though it is disabled in settings. Note that copying the .prj and/or .qpj files does not help.

This is how it should look after importing the layer (and indeed how it looks if I run from toolbox): 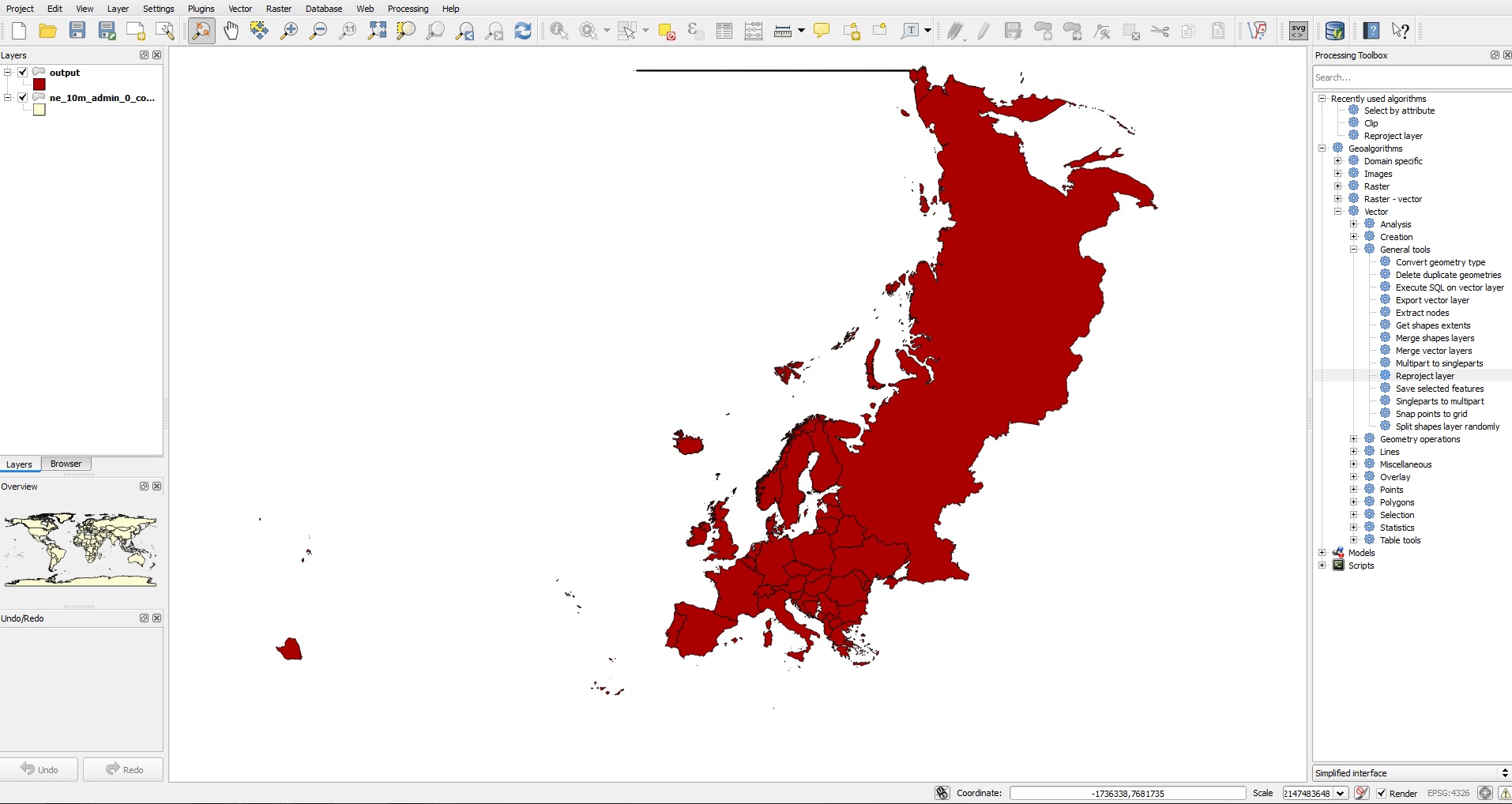 This is how it looks when I project using script: 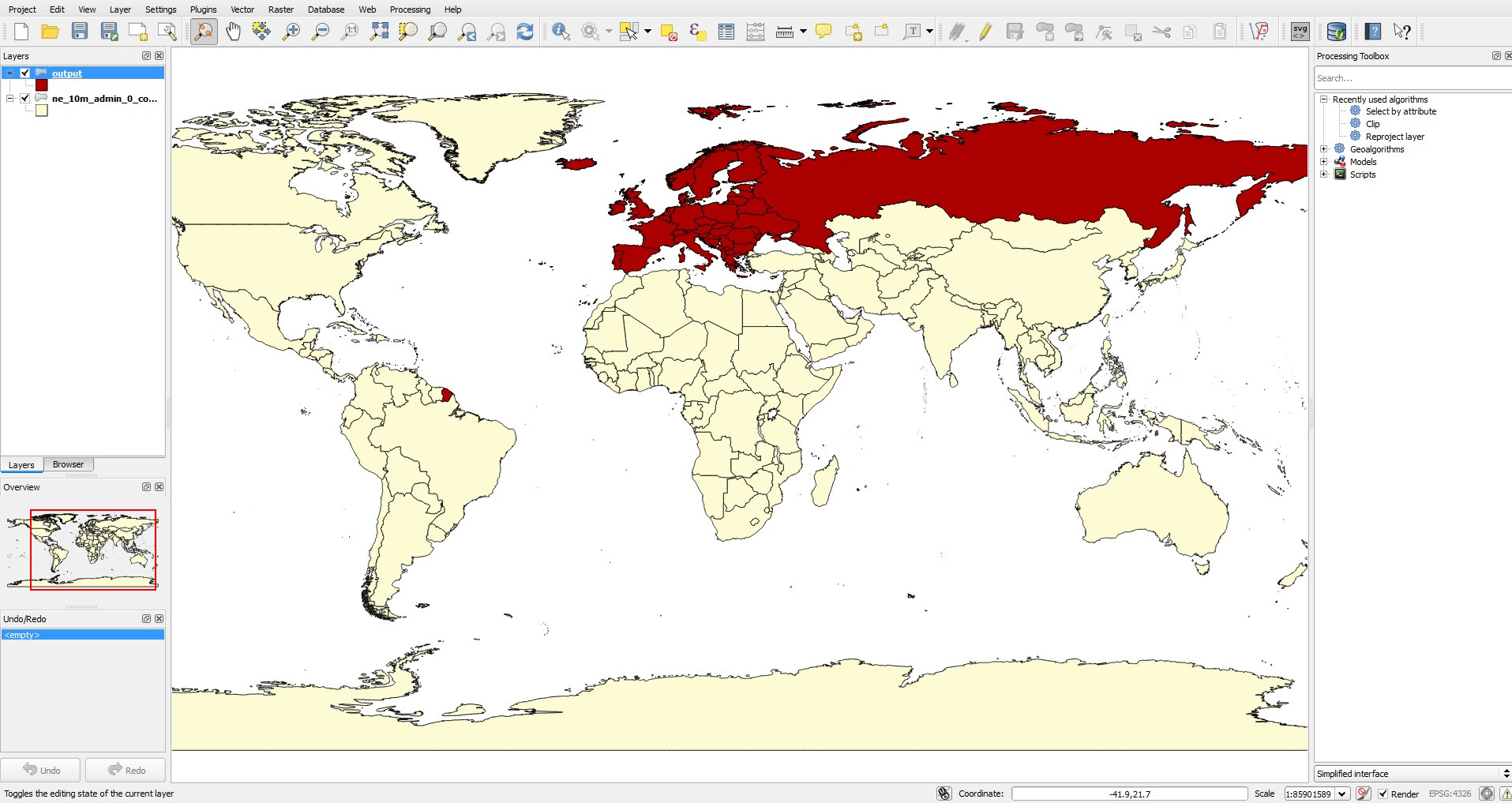 The way I import the layers is through the Layer->Add Vector Layer menu item.

Would really appreciate any help on this.

You know this line?

Not the answer you're looking for? Browse other questions tagged qgis python coordinate-system pyqgis or ask your own question.

1
No prj file output from qgis:reproject

1
How to create a spatial reference file
1
No prj file output from qgis:reproject
12
How to load memory output from QGIS processing?
3
CSV to shapefile missing file
6
How to replace a shapefile name in a directory using Python QGIS?
1
QGIS running processing algorithm in Python Console does not store Outputfile?
4
QGIS processing.run() standalone script does not write .prj and .cpg output files of shapefile?