This GIS.SE answer describes how to do this, by calculating the intersection between the polygon and the raster and then calculating a weighted average: https://gis.stackexchange.com/a/19858/12420

I'm using the following query (where dem is my raster, topo_area_su_region is my vector, and toid is a unique ID:

This works, but it's too slow. My vector layer has 2489k features, with each one taking around 90ms to process - it would take days to process the entire layer. The speed of the calculation doesn't seem to be significantly improved if I only calculate the min and max (which avoids the calls to ST_Area).

If I do a similar calculation using Python (GDAL, NumPy and PIL) I can significantly reduce the amount of time it takes to process the data, if instead of vectorizing the raster (using ST_Intersection) I rasterize the vector. See code here: https://gist.github.com/snorfalorpagus/7320167

I don't really need a weighted average - a "if it touches, it's in" approach is good enough - and I'm reasonably sure this is what is slowing things down.

Question: Is there any way to get PostGIS to behave like this? i.e. to return the values of all the cells from the raster that a polygon touches, rather than the exact intersection.

I'm very new to PostgreSQL/PostGIS, so maybe there is something else I'm not doing right. I'm running PostgreSQL 9.3.1 and PostGIS 2.1 on Windows 7 (2.9GHz i7, 8GB RAM) and have tweaked the database config as suggested here: http://postgis.net/workshops/postgis-intro/tuning.html 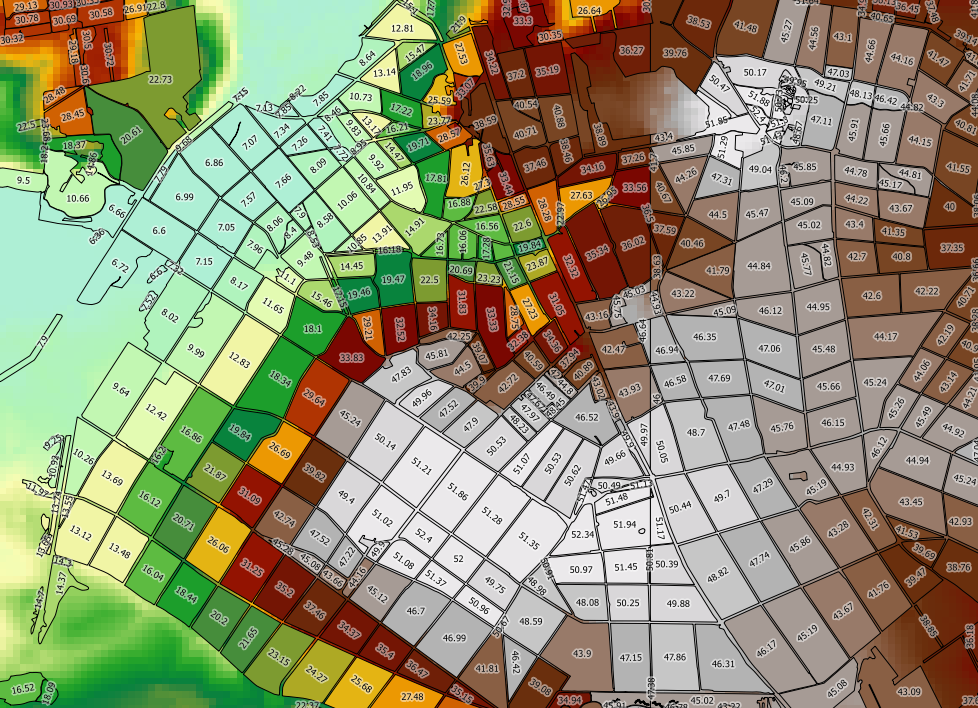 You're right, using ST_Intersection slows down your query noticeable.

Instead of using ST_Intersection it is better to clip (ST_Clip) your raster with the polygons (your fields) and dump the result as polygons (ST_DumpAsPolygons). So every raster cell will be converted into a little polygon rectangle with distinct values.

For receiving min, max or mean from the dumps you can use the same statements.

This query should do the trick:

In the statement ST_Clip you define the raster, the raster band (=1), the polygon and if the crop should be TRUE or FALSE.

Besides you can use avg((gv).val) to calculate the mean value.

The result of your approach is the more exact, but the slower one. The results of the combination of ST_Clip and ST_DumpAsPolygons are ignoring the raster cells that are intersecting with less than 50% (or 51%) of their size.

These two screen shots from a CORINE Land Use intersection show the difference. First picture with ST_Intersection, second one with ST_Clip and ST_DumpAsPolygons. 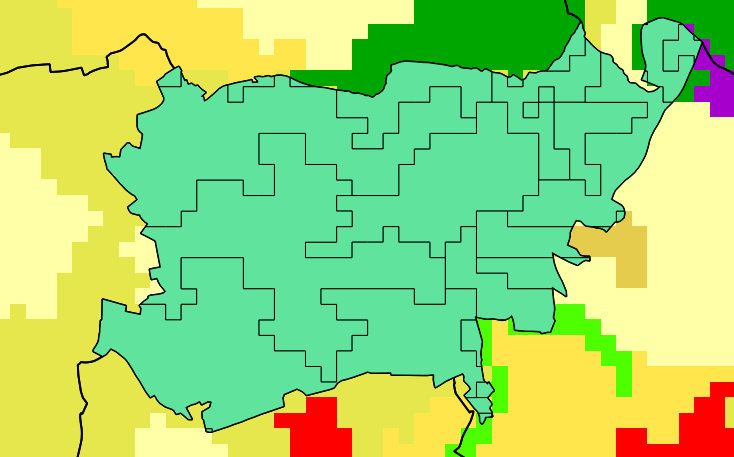 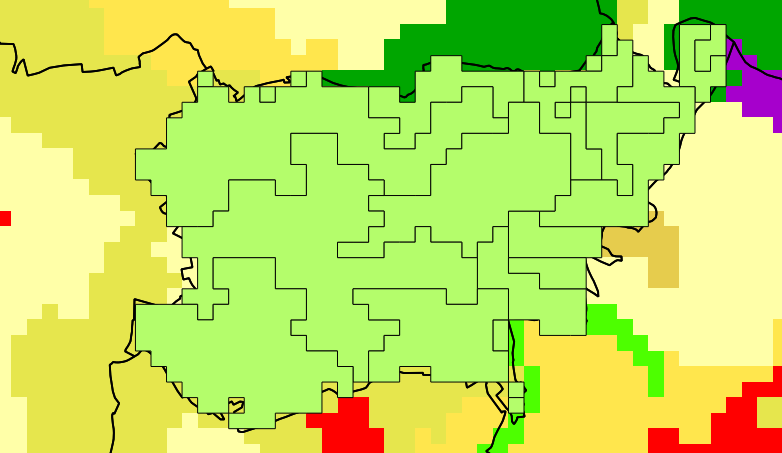 Not the answer you're looking for? Browse other questions tagged postgis postgresql intersection or ask your own question.

8
Calculating mean value of polygon from raster in PostGIS?

7
Area-weighted calculation on an intersection
14
PostGIS raster summation (map algebra)
3
How to classify a raster using QGIS Plugin interacting with PostGIS?
2
Intersection of a MultipolygonZ and a floating point raster
5
Identify intersection points in linestrings using PostGIS
2
Intersection between an angle and a polygon (postgreSQL + postGIS or Python2.7 + shapely + psycopg2)
3
Very slow loading of PostGIS raster layer in qGIS
2
How to estimate time spent within a location using GPS/timestamp data in PostGIS?