I have been digitizing building footprints from satellite image using ArcGIS 10.1 . Field data collections is done with the use of four corner point GPS way point. Due to multipath errors, we are using satellite image to complement it for better accuracy.

I have two different satellite images which one of them is a recent one but lower resolution, while the other one is an old one with a better resolution.

I have tried to use the old one with better resolution in my heads up digitizing. It went well .

My problem is once overlayed with recent image, polygons bounce off few meters to the road.

What could be the problem and how would you go around it?

This is an issue that you'll get any time you digitize based on aerial/ortho photography.

Aerial photography, even if it's ortho-rectified, will have varying levels of horizontal accuracy based on what equipment and elevation model were used.

I'll bet that your two sets of imagery were compiled and released by two completely different entities (ie. You bought the older one from a vendor and the new one is NAIP). In that case it's highly unlikely that your two sets will have the same horizontal accuracy and even less likely that they would line up perfectly.

I'm not sure there's anything you can do about it, other than determine which is more accurate, if possible, and use it where you can.

edit: Google Earth is good at illustrating this problem since you can view historical imagery. Look at the difference between 2013 and 2010. Or 2007 and 2005: 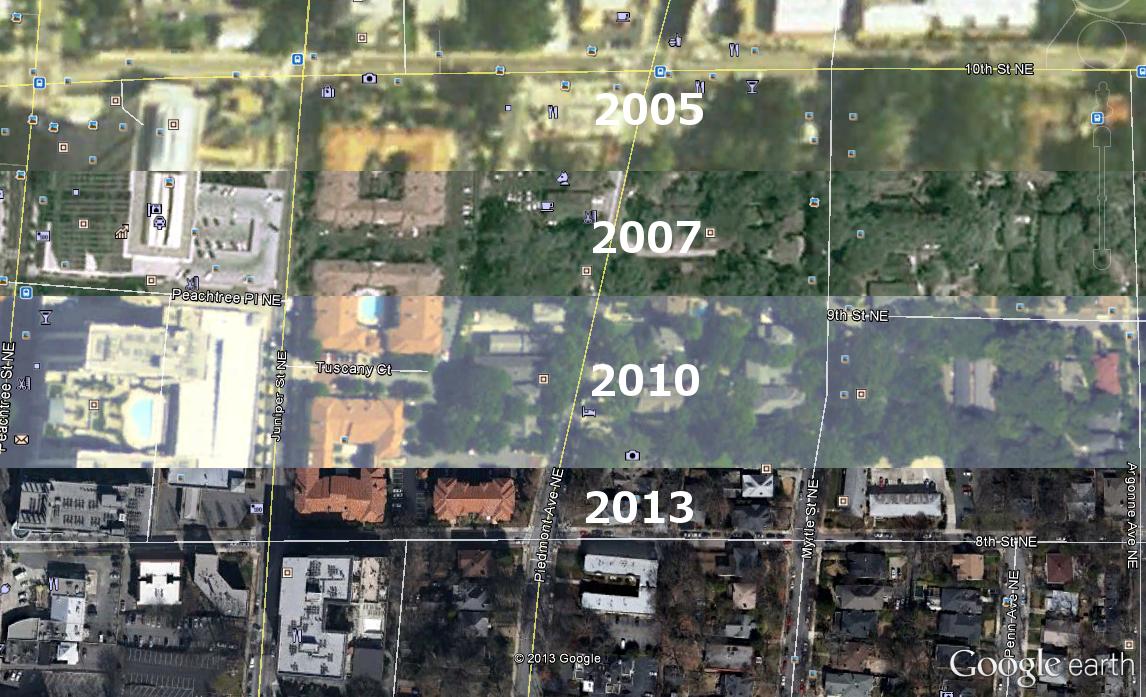 Not the answer you're looking for? Browse other questions tagged arcgis-desktop arcgis-10.1 coordinate-system polygon digitizing or ask your own question.

1
Are objects on periodically updated satellite imagery expected to shift and what to do about it?