I am studying ArcMap 10.2 and concentrates on different join operations. I am working on a Personal Geodatabase.

I have digitized some polygons from a raster representing houses and have created a feature class under a certain feature dataset for this purpose. I have further created a table (not within any feature dataset) contains number of people occupy each house. I've used the ID in the polygon layer as a primary key and field named house_number in the table i've formed as a foriegn key.

After that I've tried to add a field (double precision) to use the field calculator, but it caused data to shift from one field to another, messing the attribute table. While in editor mode data is organized as it should be, but after exiting the editor mode it is being shifted back. Photos are attached: 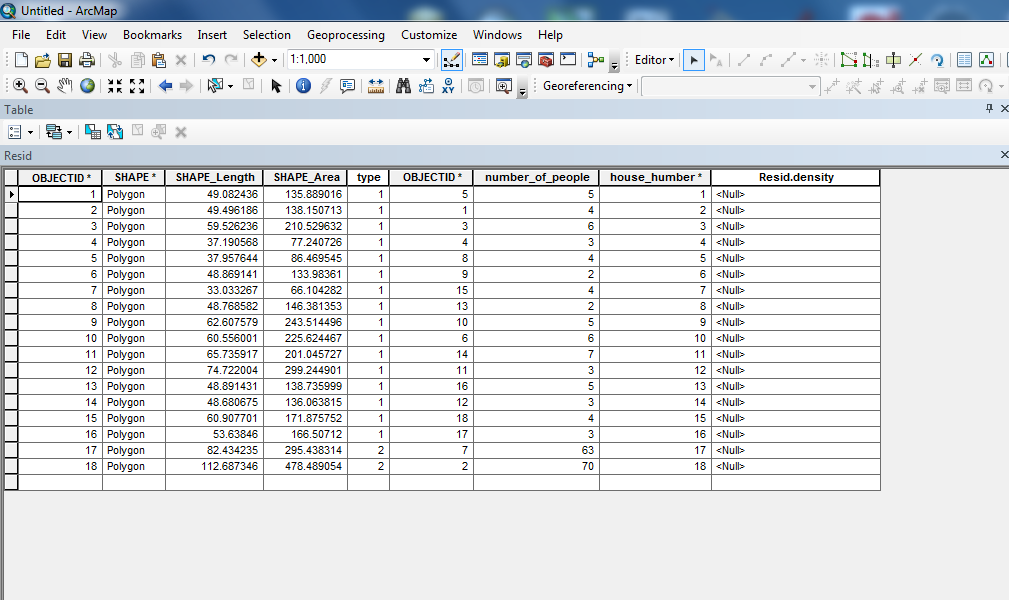 Export the joined table into a new shapefile or feature class, and then add the new field.

Not the answer you're looking for? Browse other questions tagged arcgis-desktop attribute-table attribute-joins arcgis-10.2 or ask your own question.