I would like to use the data from Open Street Map to identify which county I am in, but I noticed something unusual with the Independent Cities of Virginia. Essentially, there are a few cities that are independent of counties, even if they are completely contained within a county. When I do a query (Via the Map Quest Geocoding API), it returns that I am in the surrounding county, and not the city. For instance, here is Augusta County, which contains two independent cities, Staunton and Waynesboro. I've seen this for a half dozen other independent cities, BTW. 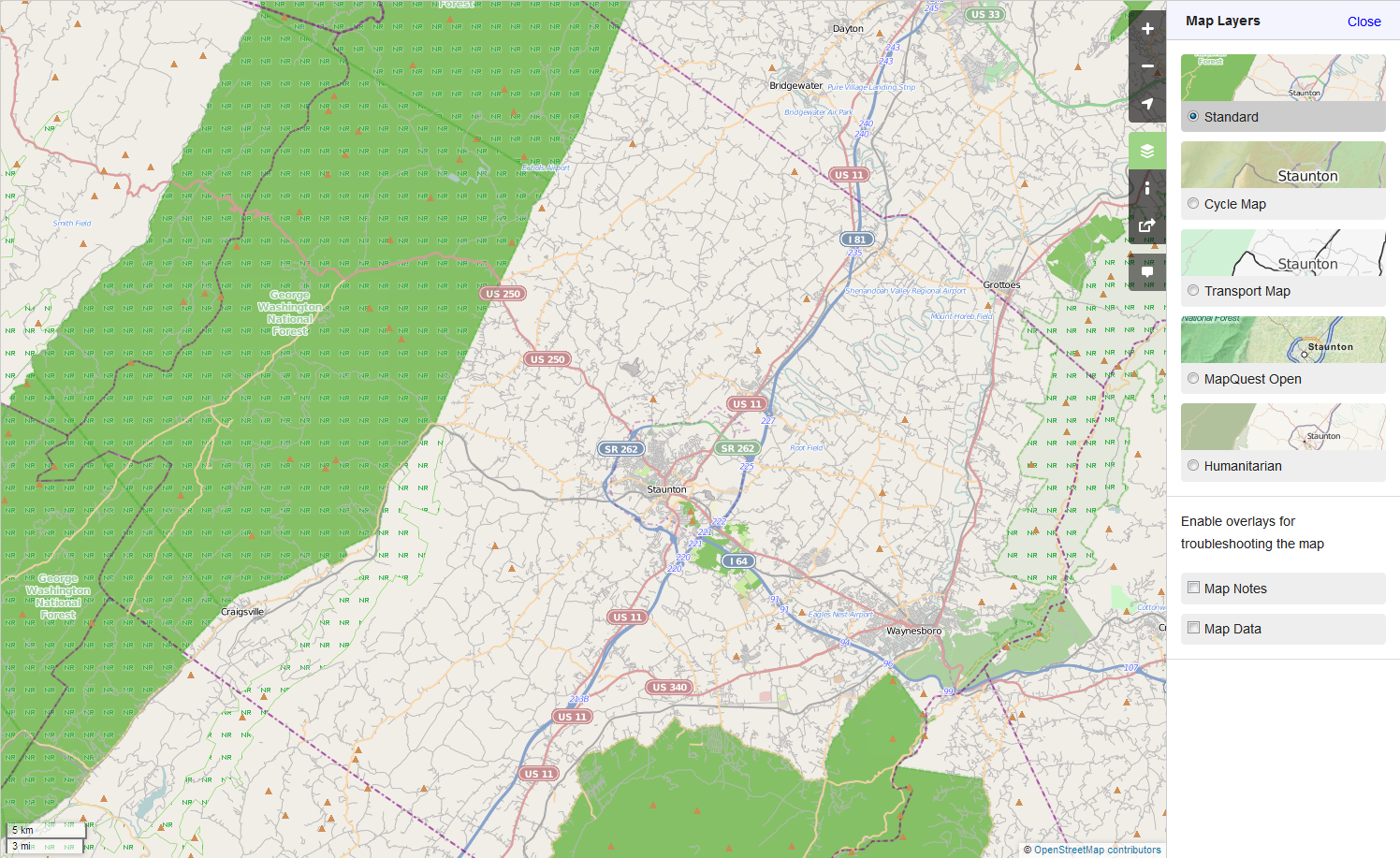 It's a bit tricky to see, but Staunton has a county boundary approximating the city boundaries. When I call Staunton, it correctly shows Staunton City as the county. When I look at Waynesboro, it stays it is in Augusta, not Waynesboro City. What I'm trying to do is to figure out how to make the appropriate correction. I can see a couple of possibilities, including:

I'm not quite sure how either of those could be done, or which is the best, or even if there's a better solution all together. How can I make this correction?

I strongly suggest to ask these kinds of questions on help.openstreetmap.org in order to reach a much greater part of the community.

Not the answer you're looking for? Browse other questions tagged openstreetmap administrative-boundaries or ask your own question.