Calculating length of just portion of linestring that intersect with polygon using PostGIS?

I want to calculate the portion of the linestring that lies within the limits of a polygon. Better with an image 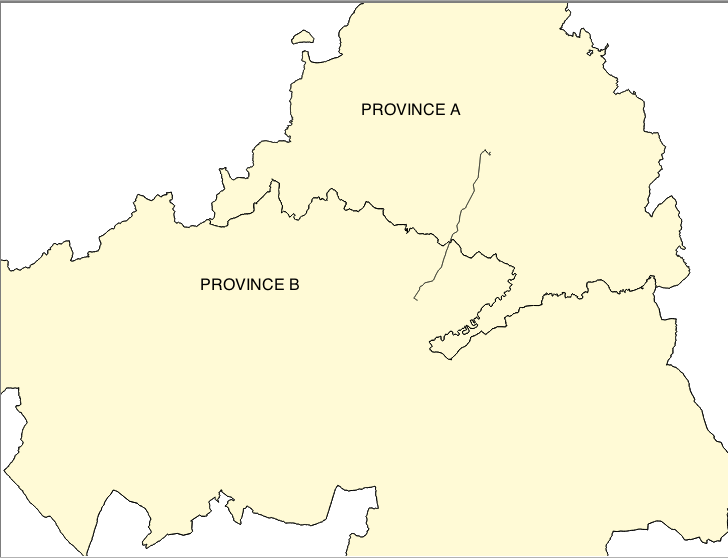 Is there any better approach? Suggestions welcome. I'm using PostGIS 2.0, by the way.

@HeyOverThere suggests a query that almost works, with a little modification:

That query returns 2 columns, with the province name and a length. But the length is exactly twice the value it should be. Does it make sense?

More info: the provinces are really multipolygons (but all share a the province name as common field), and the line has been built from gps tracks (points) and st_makeline.

As @GetSpatial suggested, I've tried using subqueries to sum and group the results of the first query. Same result. The length of each intersection is correct. So, maybe the intersection is two times as long as I expect (?).

Here, the 3 things I've tried. All of them get a distance 2x the expected one (link to real data at the end):

First try, with one query:

Third one, with subquery, as suggested:

I get this, in all cases:

The total length of the line:

Here's a query that should get you what you want:

Not the answer you're looking for? Browse other questions tagged polygon distance postgis-2.0 intersection linestring or ask your own question.

18
How to use ST_Intersection?
7
What's a term for Sea Level Distance which is usable by novice users?
1
How to show PostGIS distance in Meter
1
Find closest points in routing network for a set of points to pick shortest route
1
Intersection of 2 Linestrings (not interpolated)
0
PostGIS Get the POINT that is x meters away from a fixed point on the route (LINESTRING)
2
Can we take the length of a linestring by calculating ST_Distance from its ST_StartPoint and ST_EndPoint?
1
Why does a LINESTRING change in length after union with a shorter but completely-overlapping LINESTRING?
1
Does a common algorithm exist to find the midpoint of a linestring by distance within a coordinate system?