I have been attempting to use the Spatial Analyst Curvature tool with mixed results. I originally tried to use it with a raster that was projected using a 1983 Teale Albers projection and the results were black, indicating the lowest values. I then transformed the raster into UTM projection and ended up with grid-like lines on the raster which have values that are obviously not accurate. Does anyone know why these lines have appeared or what I'm doing wrong. Thanks. 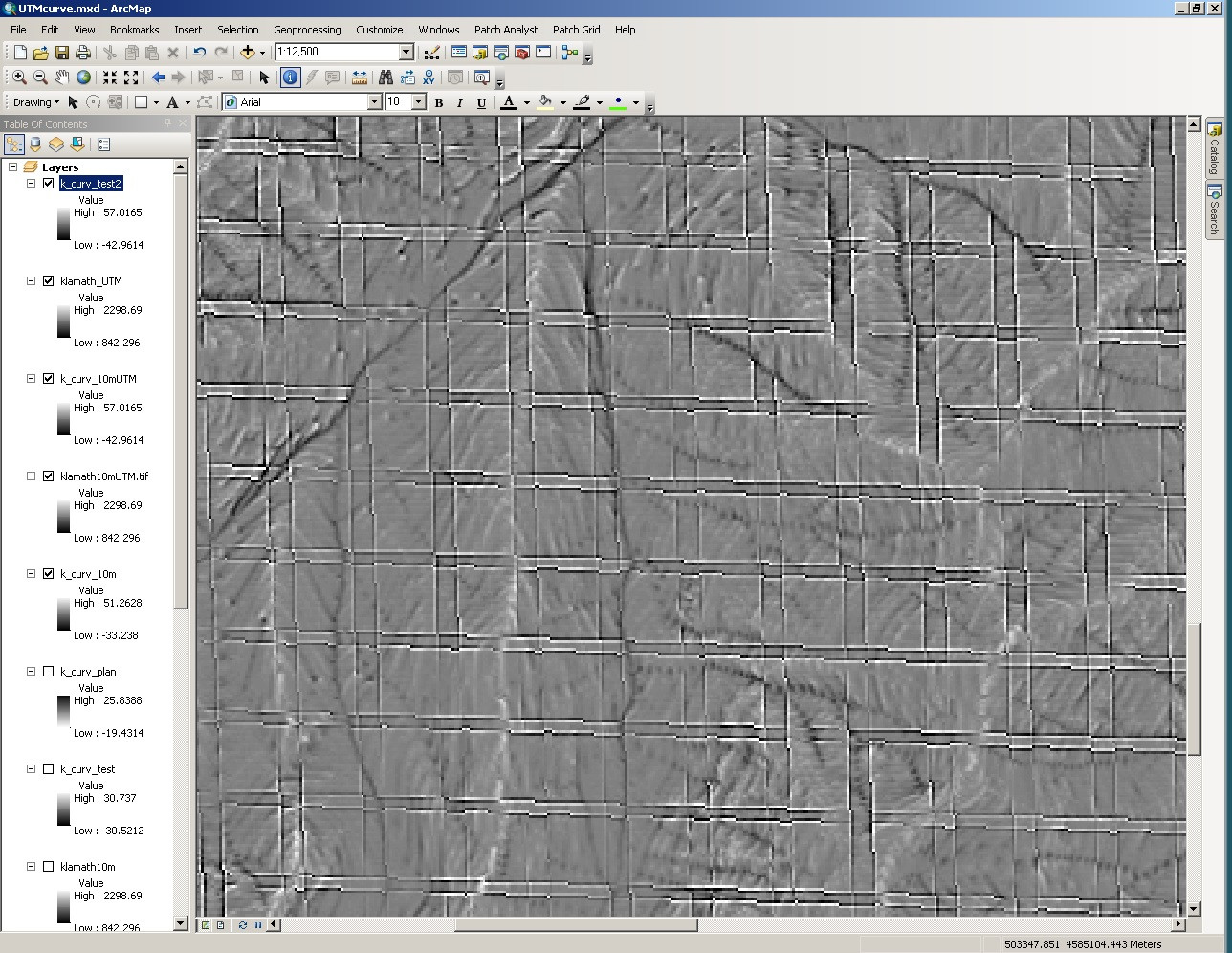 I believe that these artifacts are because when you reprojected the DEM you defaulted to a nearest neighbor resampling. Try reprojection the data using bilinear resampling. SOme of the additional artifacts are likely due to you using a 10m DEM from NED. This data has terrible contour biasing and leads to linear artifacts in derivatives, like you are seeing in the drainage patterns.

Not the answer you're looking for? Browse other questions tagged arcgis-desktop spatial-analyst curvature or ask your own question.