Is there a way to associate a scale bar with a new, different data frame than the one used to create it?

If I remember correctly, in ArcView 3, after a scale bar had been created, you could change its properties so that it would show the scale for a different data frame than the one that was used to create it. I think the same applied to north arrows.

In ArcGIS 10, when you create a scale bar, it displays the scale of the data frame that is active when you create it. Is it possible to change that association after the scale bar has been created? As far as I know, if you want to use that scale bar (and whatever customizations you've made to it) with a different data frame, you can't, you need to delete it and insert a new one, re-creating any modifications you've made to the scale bar.

I'm asking because I have an MXD which has a layout I like, and I want to paste a data frame (containing a map I need) into it. But I can't re-use the scale bars and north arrow which already exist in the MXD, I'll need to recreate them.

I was able to copy the scale bar I wanted to use, activate the data frame I needed it for, then paste. The new one retains all the formatting of the old. You can then set aside or delete the old one.

This will insert the data frame you want onto the map layout you want and should preserve the features such as the layout, north arrow, scale bar, etc.

Here is the tool: 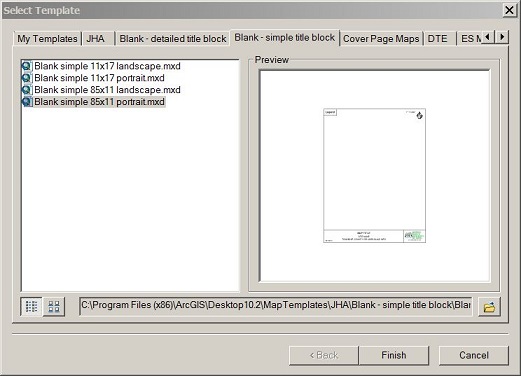 Not the answer you're looking for? Browse other questions tagged arcgis-desktop arcmap arcgis-10.1 layouts scale-bar or ask your own question.

3
Dynamic scale bar, coordinates and grid for map frame in Mapinfo map layout
1
one mxd per region or many mxd's per map
2
How to identify data frame which scale bar corresponds to in ArcMap?
4
Changing scale bar interval and other settings on individual Data Driven Pages?
2
Making Scale Bar in ArcMap end in zeros?
0
Increasing Offset Y for Units and Numbers of ArcGIS Pro scale bar does nothing?
0
Land cover change maps - Different extent when adding a New data frame in layout view
3
Setting layout scale bar to change automatically from kilometers to meters using QGIS