I'm using QGIS 1.8.0 to plot a global dataset showing the positions of aircraft in flight.

The data I have are .csv files with three columns: Latitude, Longitude, and angle of travel.

I assign the "angle of travel" column of data to the rotation field in the "Style" tab of the "Layer Properties" dialog window.

This works fine except that that the rotation angle does not take into account the angular distortion of the map projection.

This means that in places where the angular distortion is high, the flight path looks like a row of dominoes: 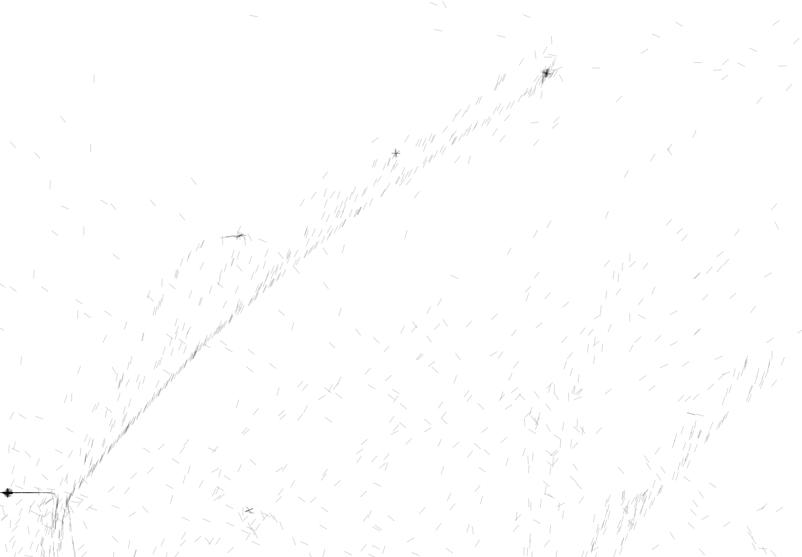 Whereas where the angular distortion is low the flight paths looks like a straight line, which is what I want.

In QGIS is there a way to synchronise the marker's rotation field (now called "angle" in QGIS 2.0.1) with the angular distortion in the map projection?

Since posting this question I have started using the new QGIS 2.0.1.
In QGIS 1.8.0 I don't think it was possible to do what I am asking, but in the new version it looks like it is. However, it requires a thorough understanding of the maths behind map projections, which I do not have. 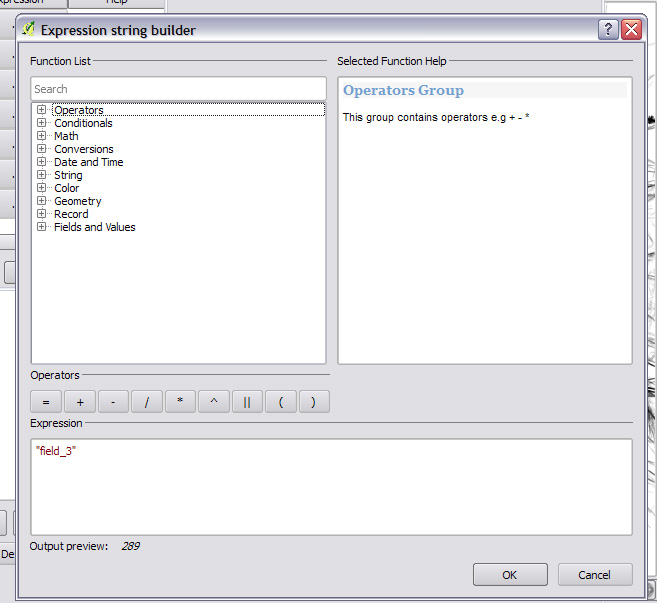 Here, I presume, it will be possible to enter a mathematical equation which modifies the angle of the marker so that it accounts for the angular distortion in any particular map projection.

The map projections I am interested in are mollweide (or other similar elliptical projection) for a global overview, and also the UTM zones.

The reasons for my map projection choices are:

Mollweide:
I like the look of mollweide for showing global trends.

UTM:
To make a complete visualization using all the data and revealing some of the lesser used routes clearly I will have to import and rasterize the data in geographic portions as I don't have enough RAM to deal with the entire dataset in one go.

I was thinking of using UTM zone strips, a bit like a set of globe gore, which I can then stitch back together once rasterized using Geocart.

The Mercator projection idea below is not ideal as it creates a pronounced narrowing of features near the poles, and there is a fair amount of air traffic in the north.
The conformal projection idea represents a lot more work for me, as many more tiles will be needed than if I use pole to pole UTM strips.

So, I'm still holding out for someone to tell me at least whether or not it's theoretically possible to type in a formula that will affect all the points in the correct way, if not the formulae themselves.

alternatively, you can also use the re-projected coordinates of your points and the other end of your segment to measure your "distorted" bearing (use a small radius), store this value in a new field and use it for the symbol.

update with more details (for the second alternative):

I have no simpler solution in mind, so you will need to put it in a script.

Not the answer you're looking for? Browse other questions tagged qgis coordinate-system utm markers or ask your own question.

2
Computing global DEM topographic indices and compromising projections?
3
Fully symbolize a vector field marker in PyQGIS
4
Map projection classification - Tissot's indicatrices are perfect circles, but the projection is not conformal
11
Automatic map rotation in map composer QGIS
2
How to specify projection in print composer instead of in project properties for QGIS?
4
How to generate a map projection in which equidistance is maintained along routes?
2
QGIS: Georeferencing a scanned map with known LCC projection and lat/long grid
3
Offset the extent of a map projection in QGIS