From a known Point, I require to establish the nearest surrounding "visible perimeter" against a table of MultiLineStrings, as shown on the diagram. 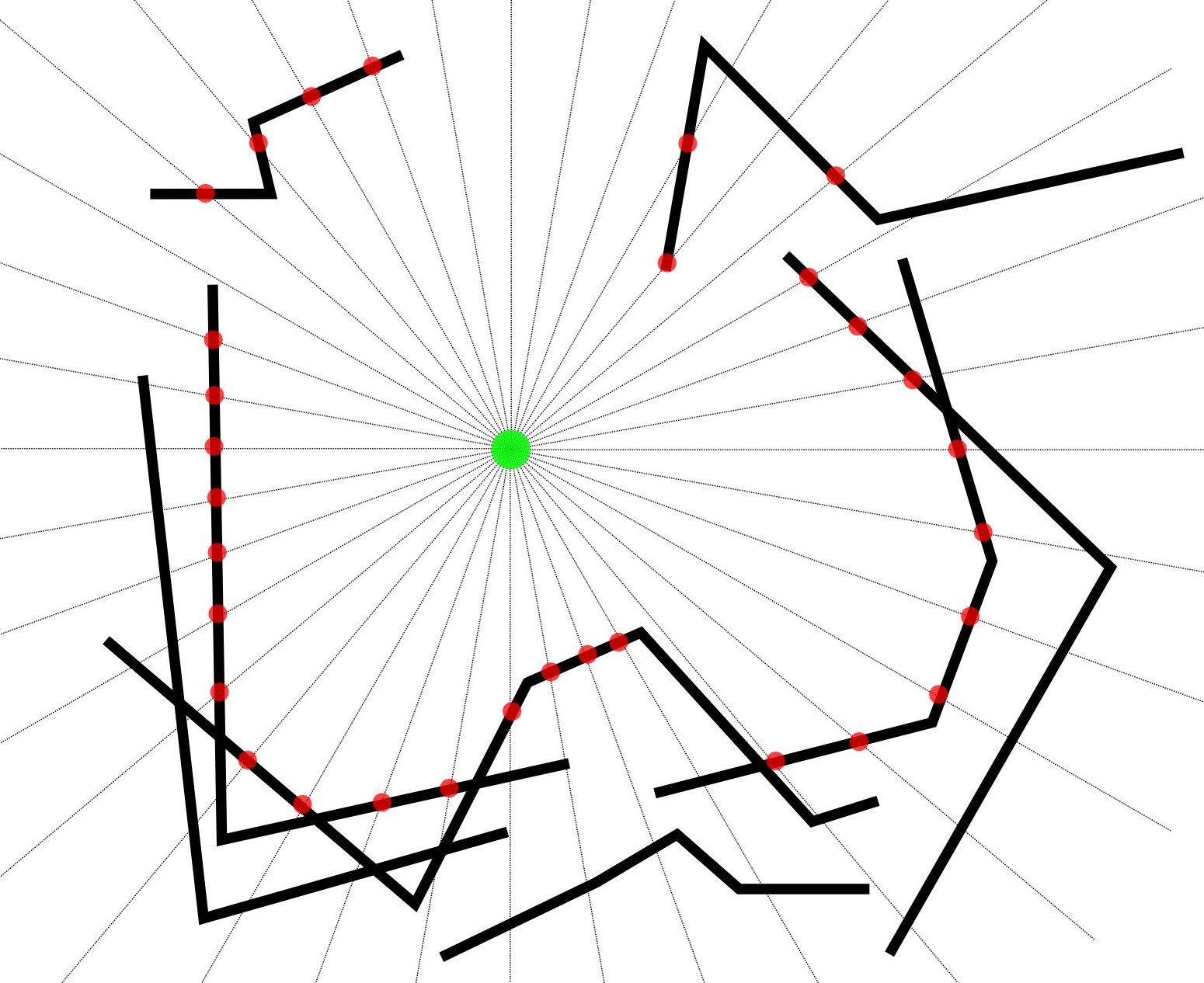 Whilst this technique will find the nearest intersections, it won't necessarily find all the closest perimeter node points, dependent on the resolution of the radial sweep. Can anyone recommend an alternative method to establish all the perimeter points or supplement the radial sweep technique with some form of buffering, sectoring or offsetting?

My preference is to use SpatiaLite and/or Shapely for the solution but would welcome any suggestions which could be implemented using open source software.

Edit: Working Solution (based on answer by @gene)

I have reproduced your example with shapefiles.

You can use Shapely and Fiona to solve your problem.

1) Your problem (with a shapely Point): 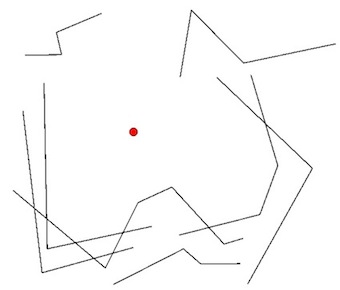 2) starting with an arbitrary line (with an adequate length): 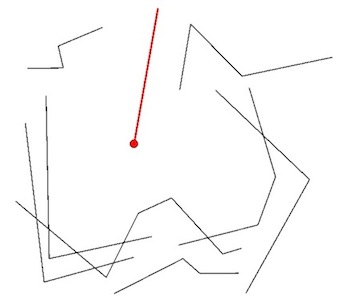 3) using shapely.affinity.rotate to create the radii (rotating the line from the point, look also the Mike Toews's answer at Python, shapely library: is it possible to do an affine operation on shape polygon?): 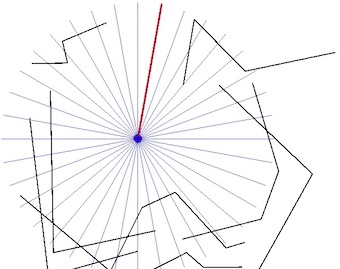 5) the same with the original lines (shapefile)

6) the intersection between the two multigeometries is computed and the result is saved to a shapefile: 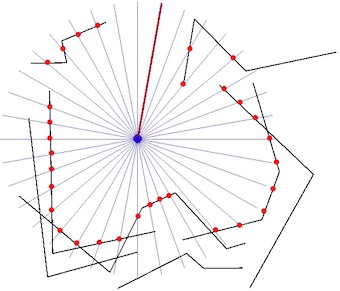 7) but, problem, if you use a a longer radius, the result is different: 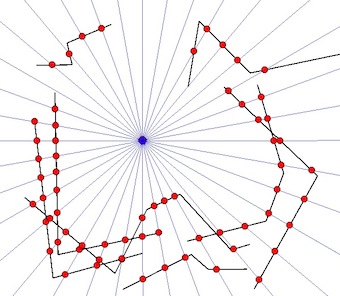 8) And if you want to get your result, you need to select only the point with the shortest distance from the original point on a radius: 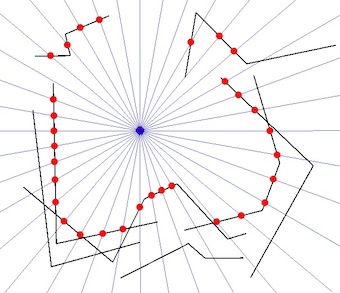 I hope that is what you want.

Not the answer you're looking for? Browse other questions tagged intersection spatialite shapely nearest-neighbor fiona or ask your own question.

13
Python, shapely library: is it possible to do an affine operation on shape polygon?
7
PostGIS / OSM: Faster query to find nearest line of points
2
Selecting the closest lines to a point in QGIS
2
Find Properties of Nearest Line Segments to Point in Python
1
Measuring distance to coast in specific direction using PyQGIS?