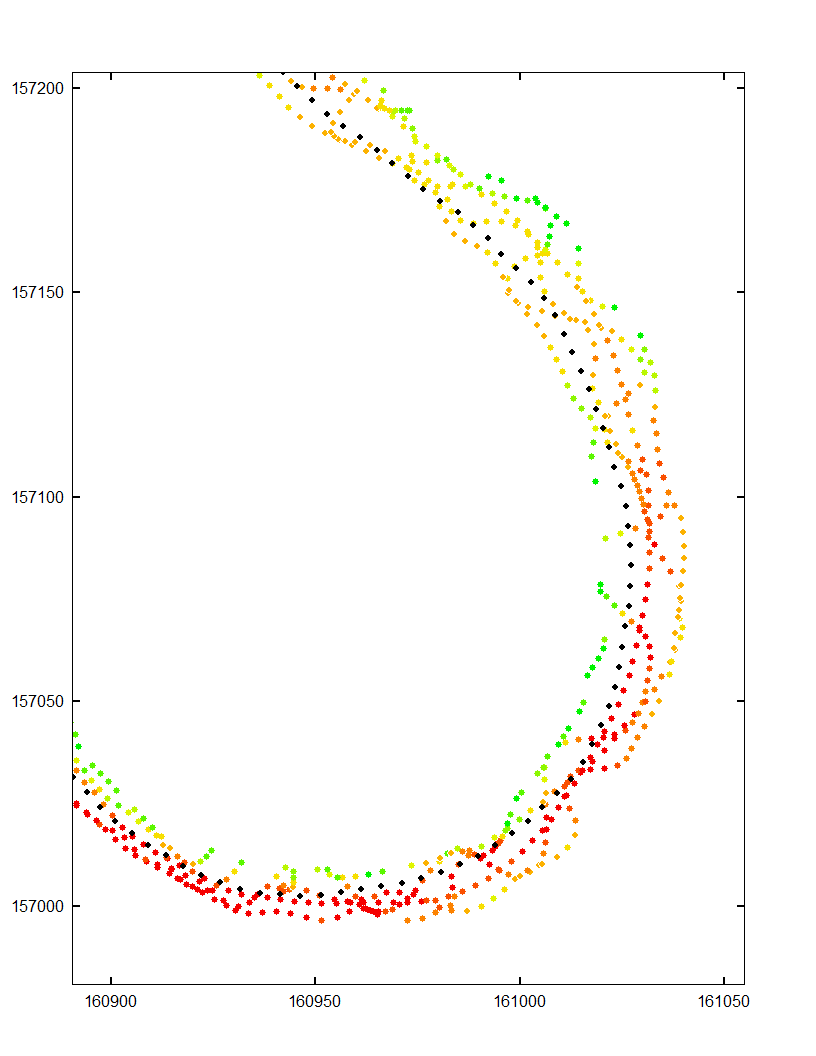 The colored dots represent another shapefile that contains bathymetric data (SHAPEF_BATHY). I would like to assign the river bank classification attribute from SHAPEF_CLASS to SHAPEF_BATHY. I tried converting the SHAPEF_CLASS to a raster (see below) with the intention to use the Identity tool to extract the classification values. However, the resulting raster does not cover the extent of the river channel so most of the bathymetry point are not covered. 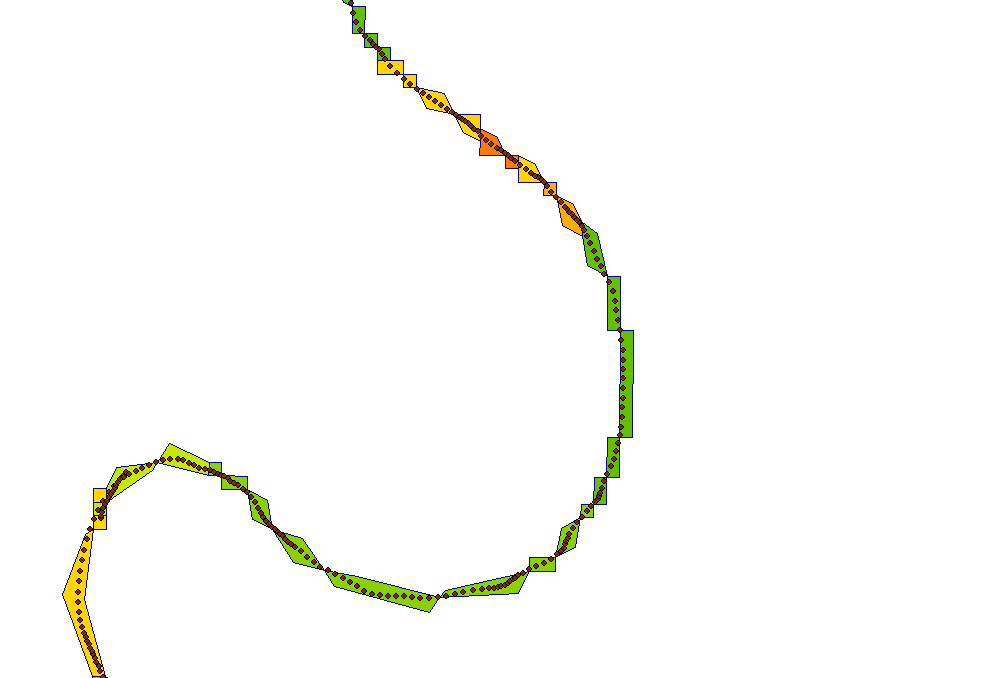 I am using ARCMAP 9.3. I used the default cell size (0.000048), but if I increase the cell size I end up loosing some of the classes from the SHAPEF_CLASS. I thought about converting the SHAPEF_CLASS from point to polyline, and increasing the width of the line so it would cover the entire width of the river channel and then extract the classification. I also have a polygon of the river channel. Not if that would be useful for what I want to do though.

Any suggestions would be welcomed.

Try the generate near table tool.
Calculates distances and other proximity information between features in one or more feature class or layer. Unlike the Near tool, which modifies the input, Generate Near Table writes results to a new stand-alone table and supports finding more than one near feature.

Not the answer you're looking for? Browse other questions tagged arcgis-desktop arcmap arcgis-9.3 or ask your own question.

3
How to extract latitude/longitude values for specific points from a shapefile?
4
Select points approx. 2000 metres from another point along a river?
5
Extracting flow accumulation to stream shapefile
7
Estimating river Channel Width using Python/ArcGIS/MATLAB/R?
2
Point to raster conversion: point not in the center of raster cell
3
Does arcpy have a way to determine if a data frame overlaps a page extent?
2
split attribute using ArcGIS Field Calculator
0
Creating unique cell values for raster?
3
Batch processing/extracting raw data of one raster using one shapefile (with many polygons)?