I have a parcel fabric layer that has a gap in it: 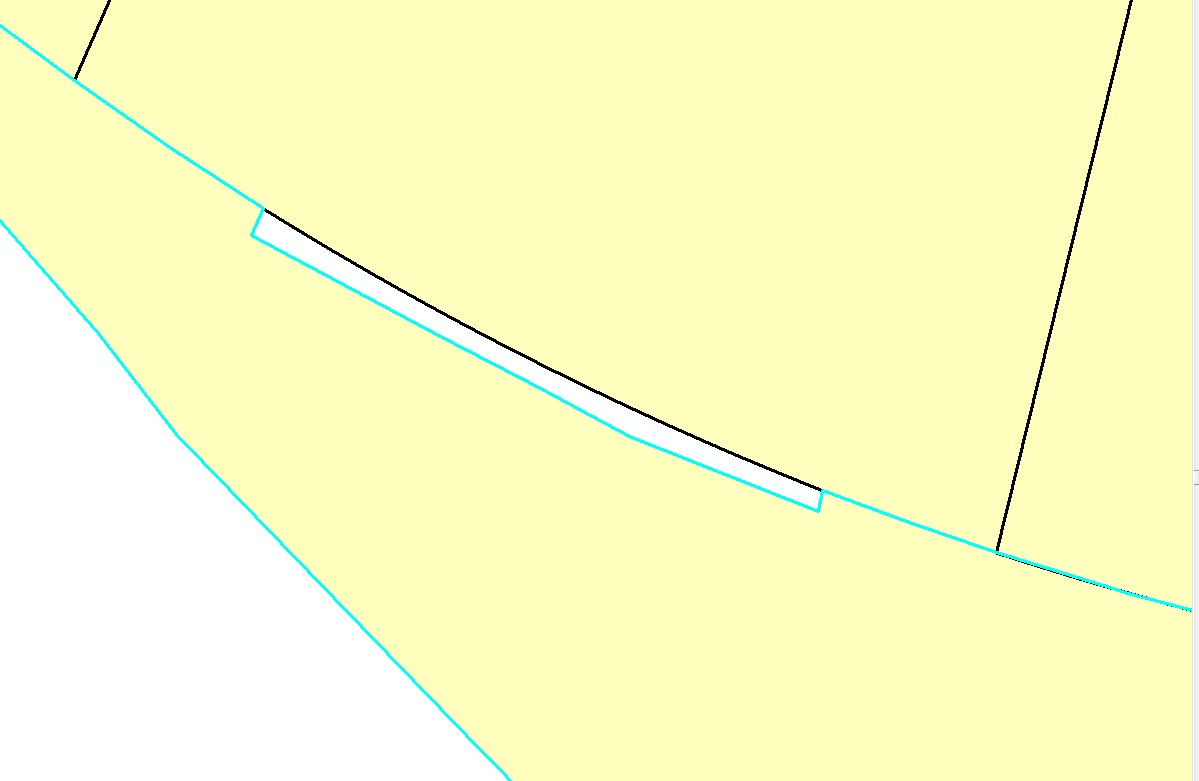 I want to edit the selected parcel on the bottom to fill the gap. I don't want to construct a new parcel to do so. How do I modify the parcel in such a way that it maintains its attributes and fills in the gap with the parcel above it?

Based on answers and comments, I created a topology and placed the parcel fabric inside it. It appears that you cannot use topological tools to edit a parcel fabric. As such, any answers using topology will not work.

Using topology, the two features can be easily hemmed together using the Topology Edit Trace Tool and the Reshape Edge Tool, both found on the Topology Toolbar.

Note that in this example, unselected nodes are symbolized, which is found in the editing options on the Topology tab (pic). This is optional but helpful. 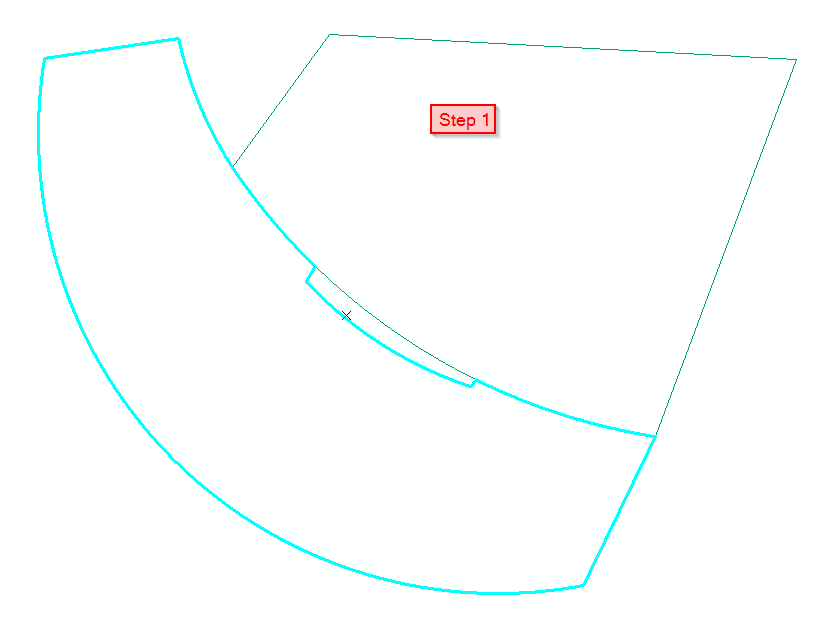 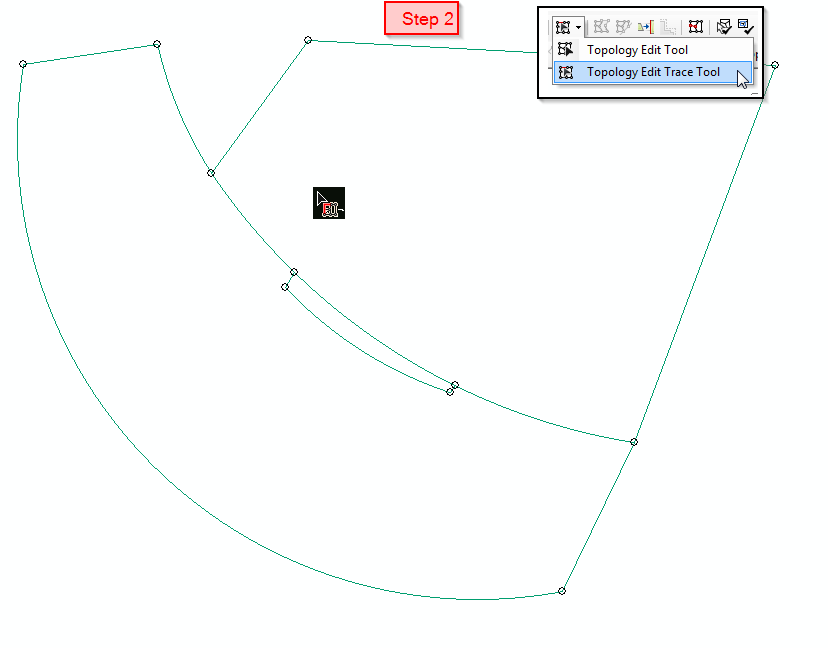 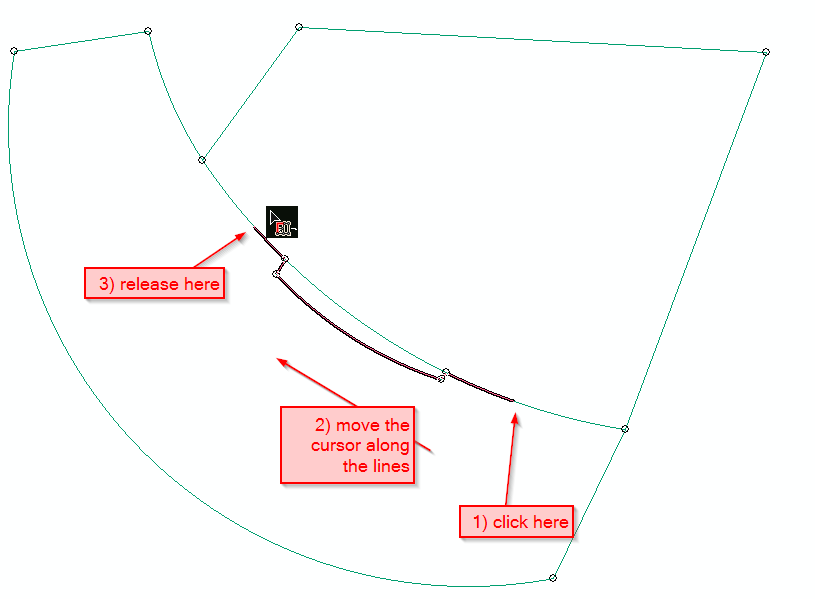 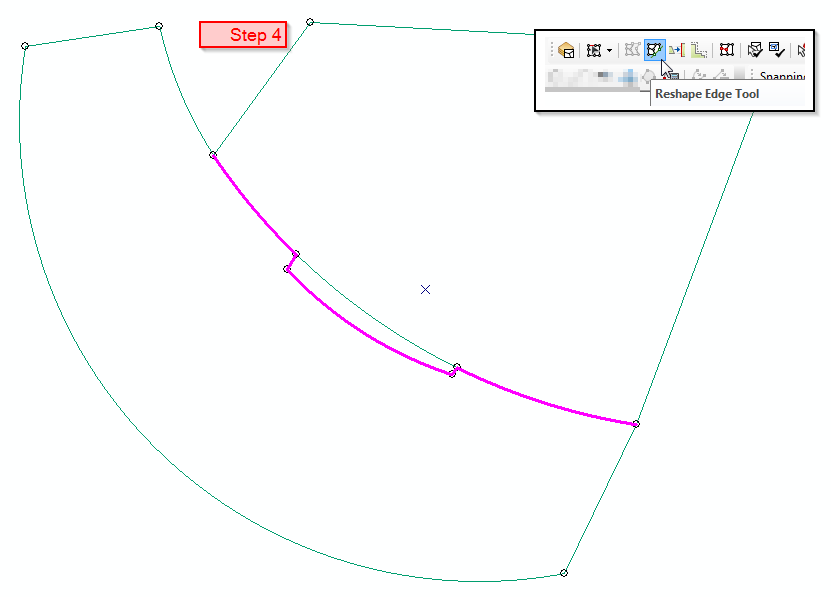 Step 5. With the Reshape Edge Tool selected, draw the corrected path for the line. In this case, another arc is drawn along the entire arc length. Any sketch tool is possible here. 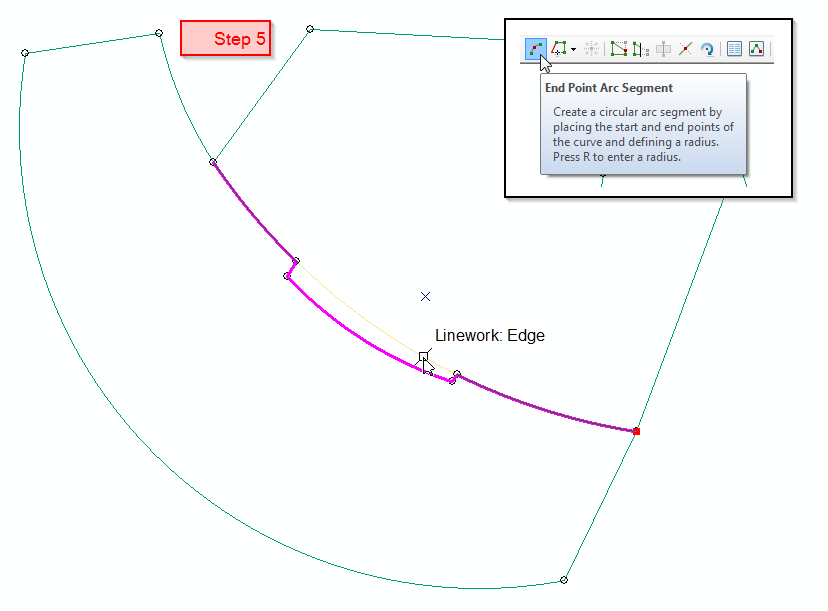 Step 6. The sketch paths are overlapping. This effectively closes that gap. There will be a line overlap that would ideally be subtracted. 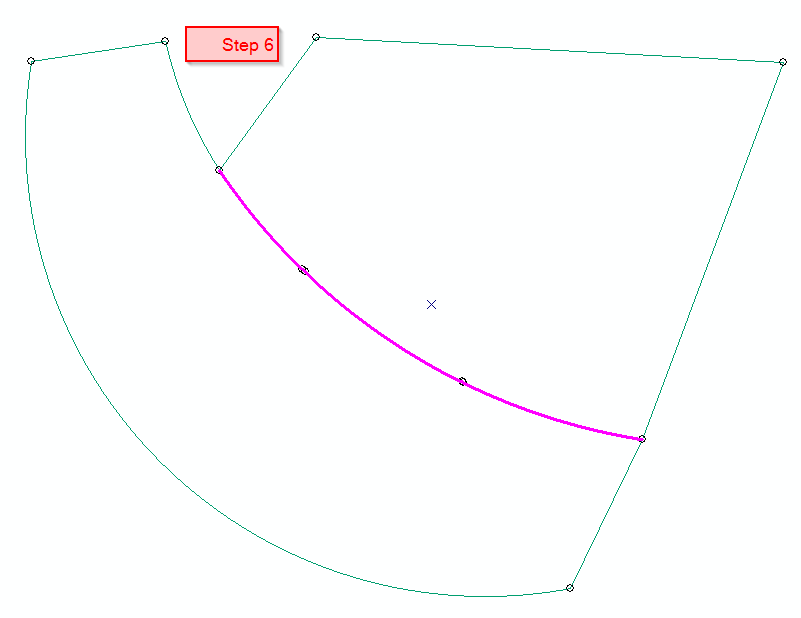 Note that if there is a feature in the gap, which will be zeroed out by this process, ArcMap will return an error.

Make sure both feature classes are part of a topology.

Since editing the fabric through a topology is a no-go, I've explored other options and found a workaround.

Optimally, you should be directly able to edit a parcel's COGO attributes to eliminate slivers and gaps in your parcel data such as in my situation above. ESRI for whatever reason does not want this (If you open a parcel for editing all current COGO attributes are in grey).

Instead ESRI wants you to construct brand new parcels from parent parcels each time. However, if you do this, you have to retype every single one of your attributes in the new child parcels that are created from the parent. There is currently no way to inherit them from your parent parcels. Obviously, we can't be retyping the parcel attributes for 2-4 parcels every time a minor edit is made. Plus, then we'll have a bunch of historic parcels floating around that really shouldn't be historic.

Another suggested option is to rejoin the parcel to the fabric such as in this boundary line adjustment video. It sounds pretty easy and great, but it doesn't really work for whatever reason.

What they want you to do for the rejoin: 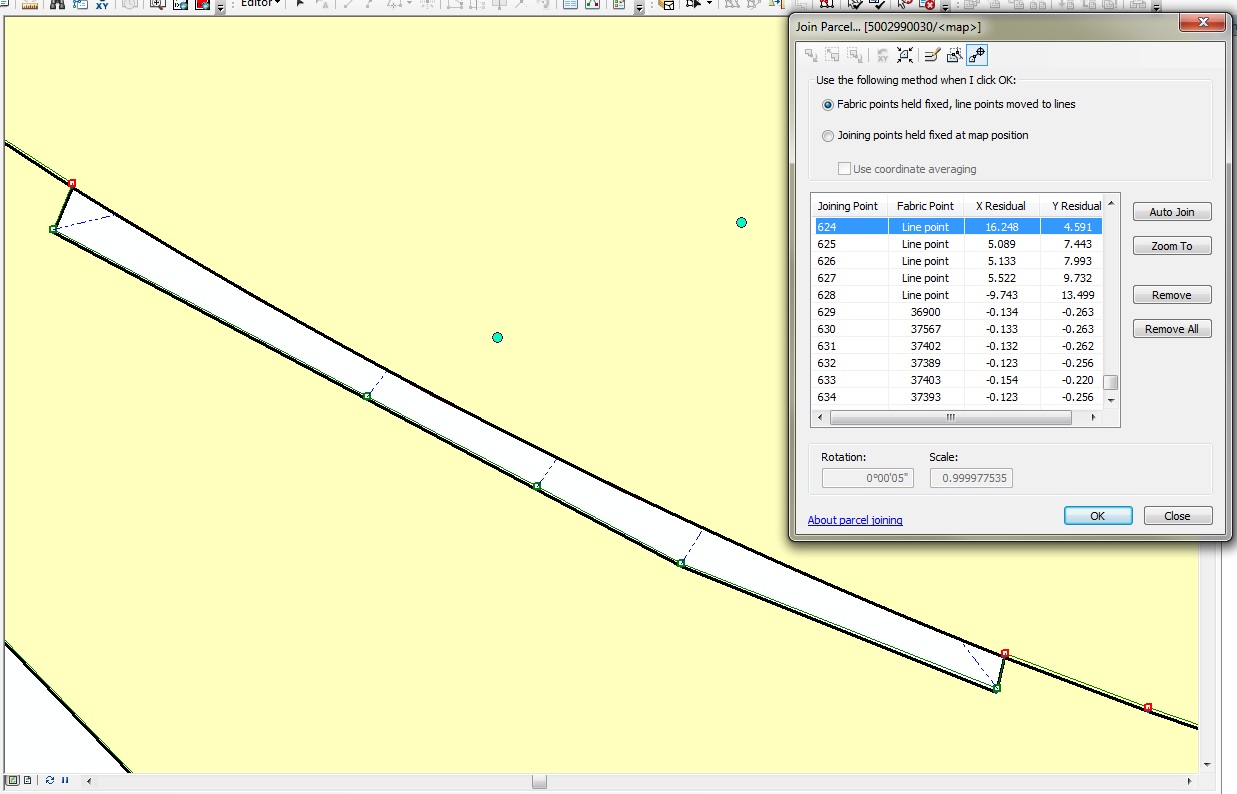 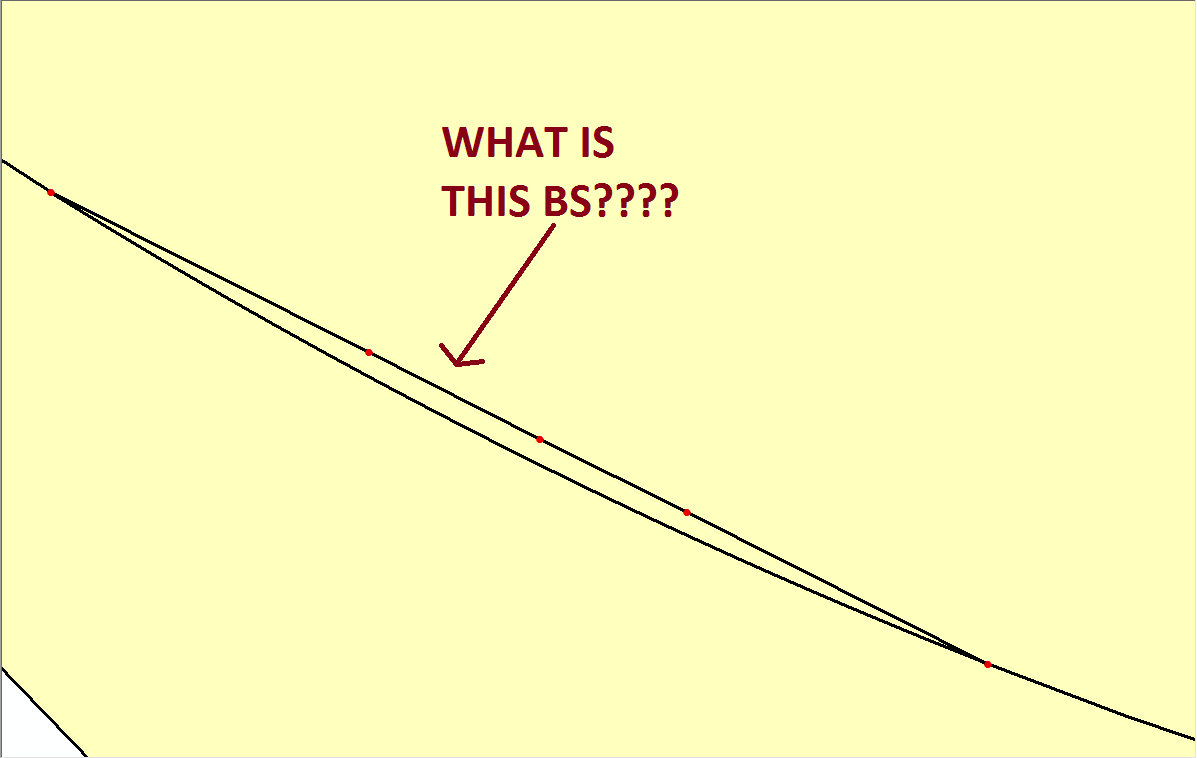 Now for something that actually works:

This solution is not optimal, but seems to be the only viable workaround at the moment.

During an unrelated support call with ESRI I learned of a better way to resolve these gap errors, the Mean Points Tool:

The Mean Points tool Mean Points on the Parcel Editor toolbar can be used to merge and find the average coordinate of a group of points that lie within a specified tolerance of each other. Drag a box around the points you want to merge, type a tolerance in the Mean point tolerance text box, and click OK to merge the points. 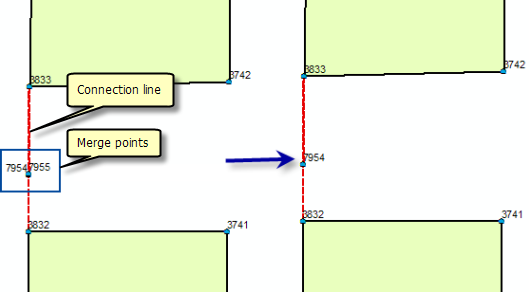 To solve this specific issue you would select the opposite points that exist on either side of the gaps you want to close, and the lines will merge.

Not the answer you're looking for? Browse other questions tagged arcgis-desktop arcgis-10.1 topology parcel-fabric or ask your own question.