I have a line layer (faults) and a polygon layer (fishnet grid). The fishnet has a risk of earthquake attributed to each polygon. I want to take that risk value and give it to the fault lines which pass through that polygon. I am attempting to use the spatial join tool to do this.

I have the target layer as the fault lines and join layer as the risk polygons. I have selected the 'Within' operator and one-to-one join operation and set the risk values to be added as a field to the new layer with the merge rule set to sum (I want to add the risk of all the polygons that the line passes through).

The tool works for lines which are completely within a polygon and returns the risk value correctly but any lines which pass through 2 or more polygons are returned with a null value instead of the summed risk. If I uncheck the keep all target features then it leaves them out, implying that the tool doesn't think the lines are 'within' any polygons.

Green yellow and red lines have had the risk values correctly attributed but as you can see its only the lines which fall completely within a polygon. The Purple liens are the ones which aren't being computed with the summed risk but are returned with null. 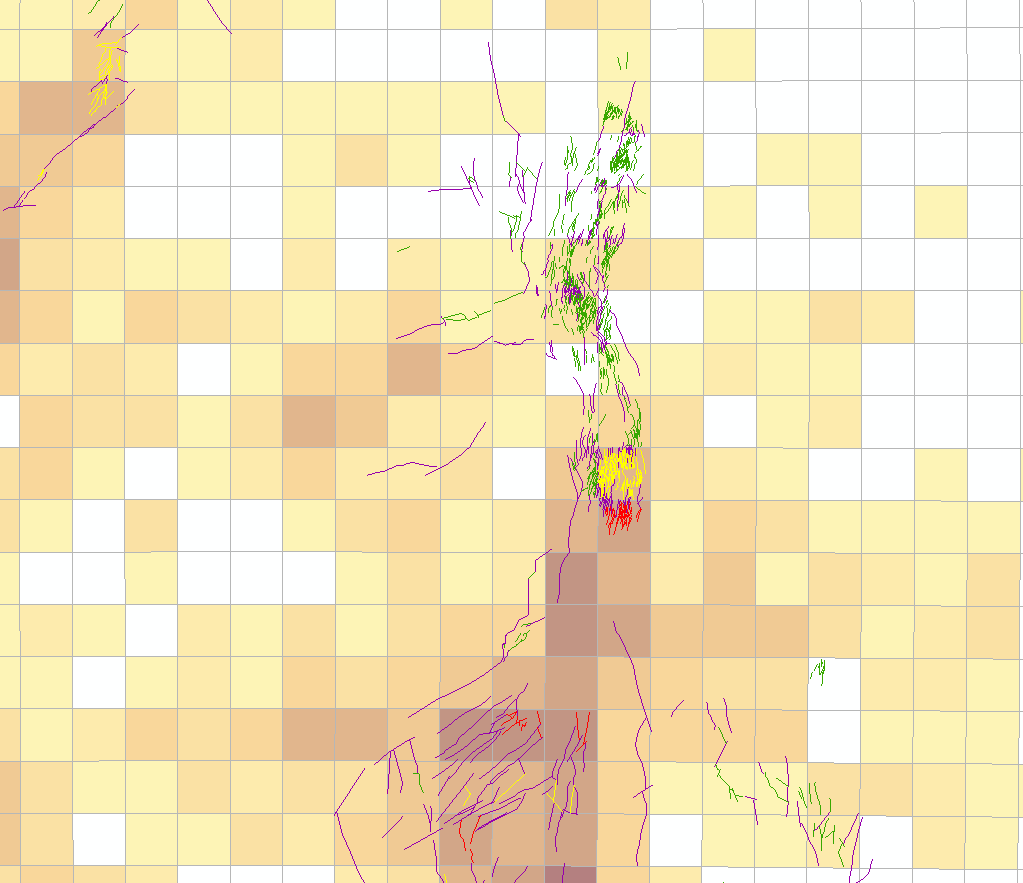 A screen cap of the tool before running (the warning is just the because the file name exists since i took it afterwards...) 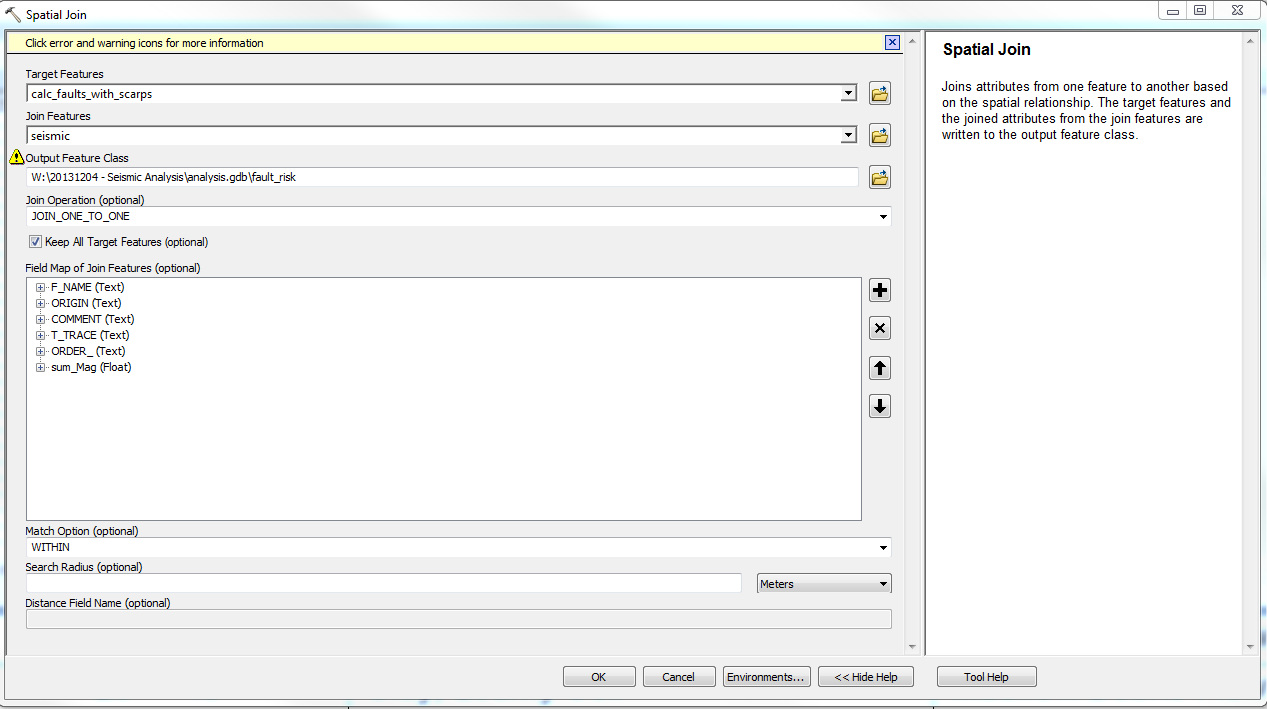 Try using the "intersect" match option. Also, when you do that, you will need to go into the field-mapping section and set the proper aggregation methods for the relevant fields (do you want the values of the multiple polygons a line crosses to be averaged (mean), added, etc...).

Let us know if that doesn't work.

Not the answer you're looking for? Browse other questions tagged arcgis-10.1 arcmap polygon line spatial-join or ask your own question.