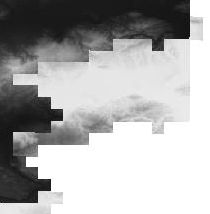 While the first one is added to the canvas at the right place, the second is misplaced 21km North (as for you).

Rightclick -> Set CRS for layer reports EPSG:3395 is assigned to the 900913 layer with this proj string:

This is definitely wrong, because +datum=WGS84 is an ellipsoid and not the sphere with a=b which was used when reprojecting the data.

QGIS 2.0 Dufour does not make it better:

and that is the same gdalsrsinfo reports on the file reprojected by the same GDAL version to EPSG:900913.

Assigning EPSG:3857 to the layer moves it back in its correct place.

Just one more reason to avoid EPSG:900913 and use the offilical EPSG:3857. Here is some more background to the topic: http://alastaira.wordpress.com/2011/01/23/the-google-maps-bing-maps-spherical-mercator-projection/

Not the answer you're looking for? Browse other questions tagged qgis gdal coordinate-system or ask your own question.