What is correct link for adding GeoServer WFS to ArcMap?

What is the correct URL to enter in ArcCatalog WFS parameters when adding a WFS layer from GeoServer into ArcMap?

Here's a link to our GetCapabilities document:

I am using ArcMap 10.1 and experiencing the same problem described here. When I try to add WFS layers from GeoServer, "Feature Types" is blank. That post says it is a bug with 10.1. However, I added WFS from GeoServer not long ago, so I'm skeptical that the answer is to applicable to 10.2. The only thing that changed was our GeoServer location.

I was able to bring in WFS layers from:

Although that is not GeoServer, I previously had GeoServer WFS working fine.

Here's an image of one URL I tried (which was:

No matter how I change it, no layers are coming up in feature types. There shouldn't be any problem with my WFS layers because I can preview them as WFS through GeoServer. 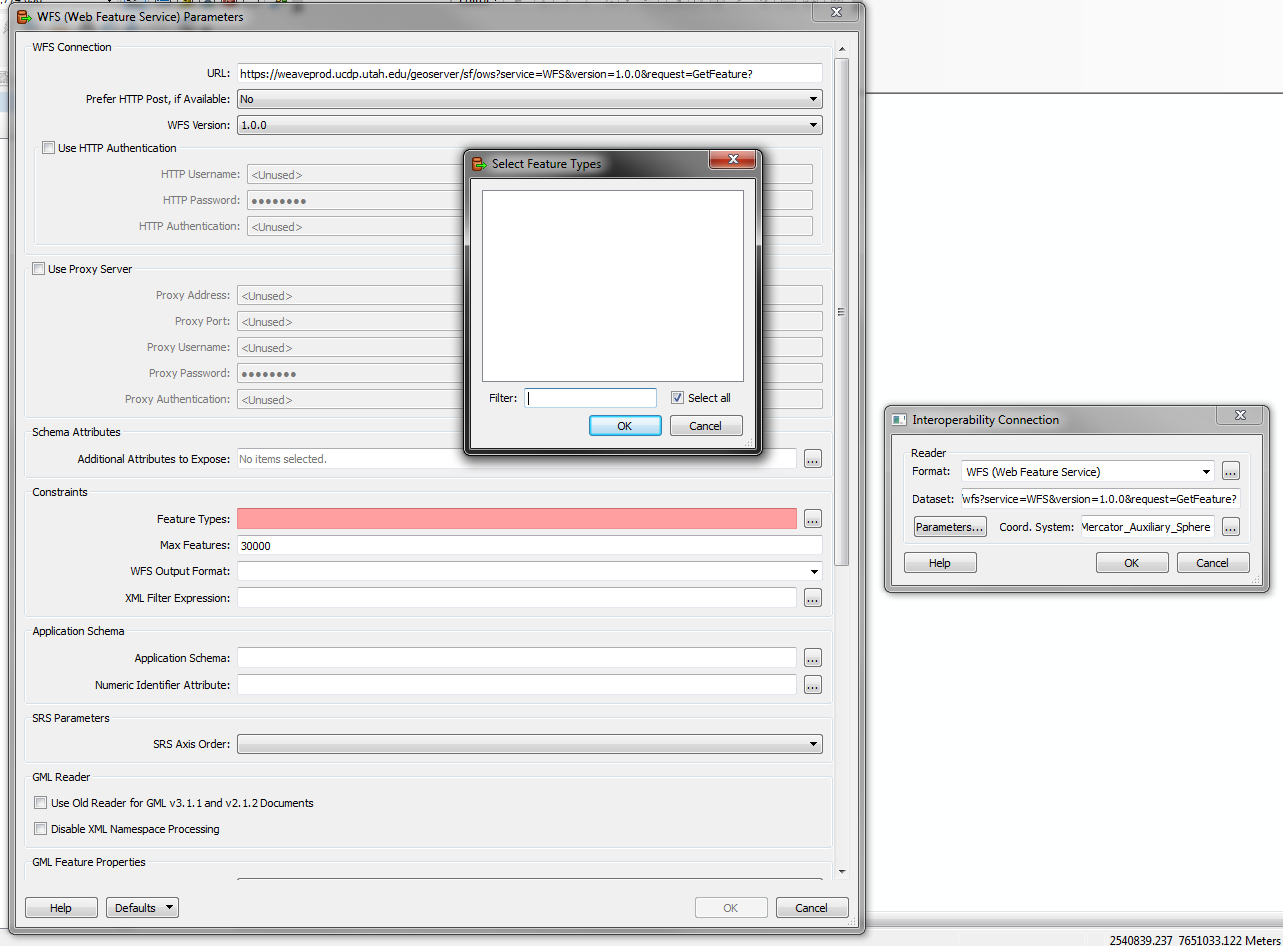 I was able to add the data.

I am using ArcGIS 10.3.1, using the Data Interopability Connection, and I was able to bring in the bugsite feature class. 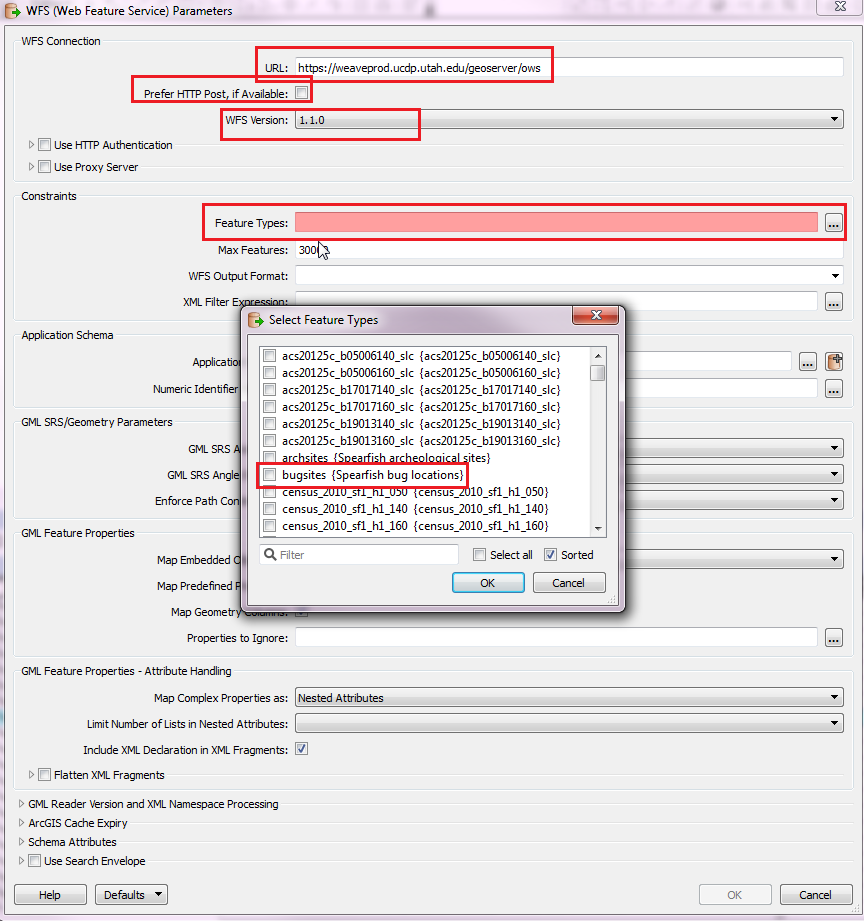 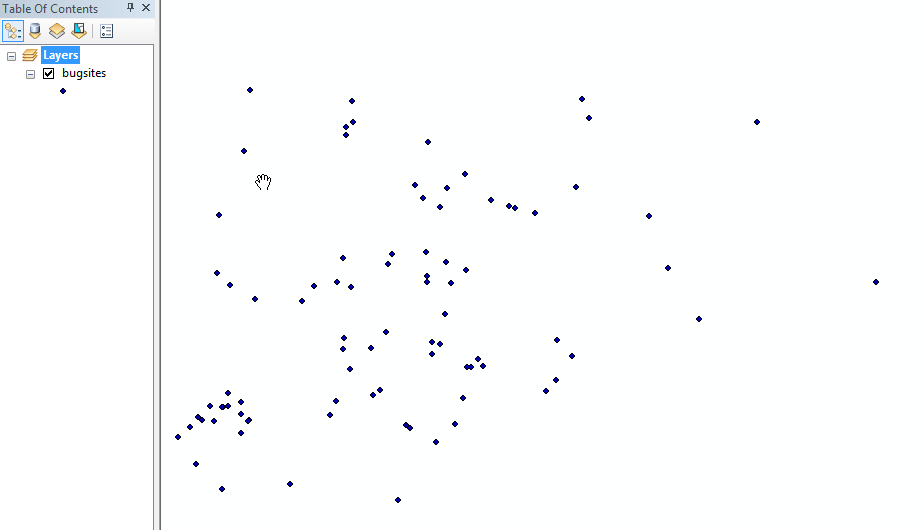 When defining URL try to delete everything after a questionmark i.e. only:

Not the answer you're looking for? Browse other questions tagged arcgis-desktop geoserver arcmap wfs data-interoperability or ask your own question.

2
Connect ArcMap (Interoperability Tool) to GeoServer
0
How to Configure Geoserver WFS to work with ArcGIS for Desktop?