I have a SpatiaLite Database with OSM-Data from planet OSM (imported with the OSM import tool from QGIS 2.0)

Everything is fine so far. I can create, export, delete tables and draw them in QGIS... but when I create a new column in my table with:

It will appear in the "DB Manager" and in "QspatiaLite" but NOT in QGIS! So I tried to add a column with QGIS using the attribute table. This actually seems to work, but after saving the table, zack! the columns I was creating before using the SQL command just appears! And that massage comes up: 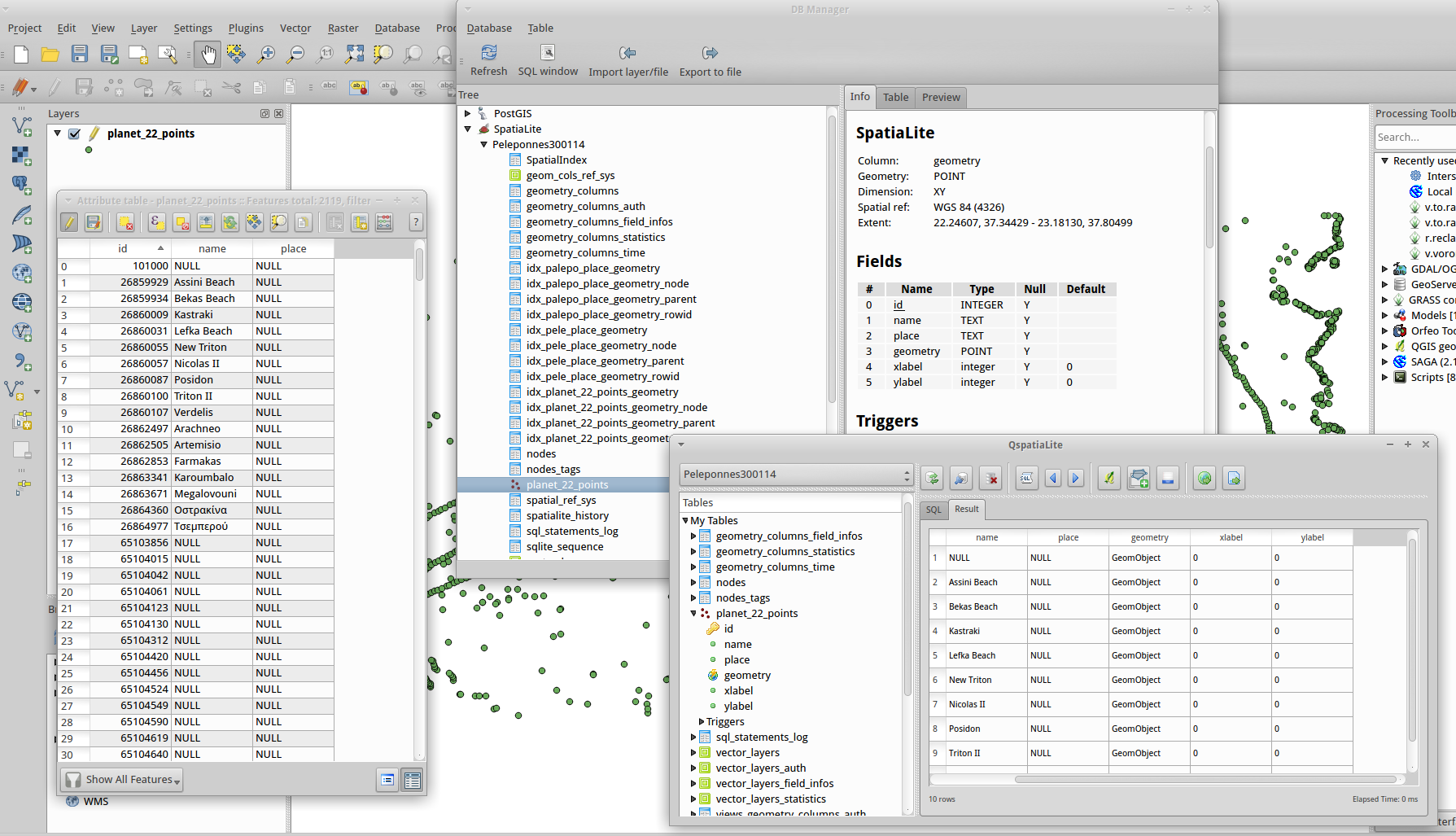 though this question has been out there awhile, i wanted to post what seems to have worked for me (which sounded almost identical to the OP question). Following the bug report from http://hub.qgis.org/issues/8923 to https://groups.google.com/forum/#!topic/spatialite-users/FOq1DPRDkJw, i tried the following (python implementation):

and the new column magically appeared in the QGIS attribute table.

Just in case, I had this same problem and I found another solution.
Execute these two commands into the spatialite_gui terminal (wait a few seconds):

use the spatialite-gui, right click on geometry-column and run 'Update Layer Statistics'. This will run the commands described in the other two posts for you.

Not the answer you're looking for? Browse other questions tagged spatialite qgis-2 or ask your own question.