Is there a way to hillshade vector polygons with a DEM in QGIS?

I have a layer of cadastral polygons that I'd like to display as hillshaded. For the elevation model I can use either an SRTM geotiff or use a set of 20m contour vectors.

While I could make a jpeg of the cadastral regions and drape that (never done it in QGIS, but I think you can call GRASS to do it), is there a way to directly drape and hillshade the vectors?

In my first try, I have opted for this method: Basic white hillshaded SRTM DEM, with 10m contour vectors added and coloured cadastral polygons made 60% transparent. Not too bad for minimal effort, but a bit dull. 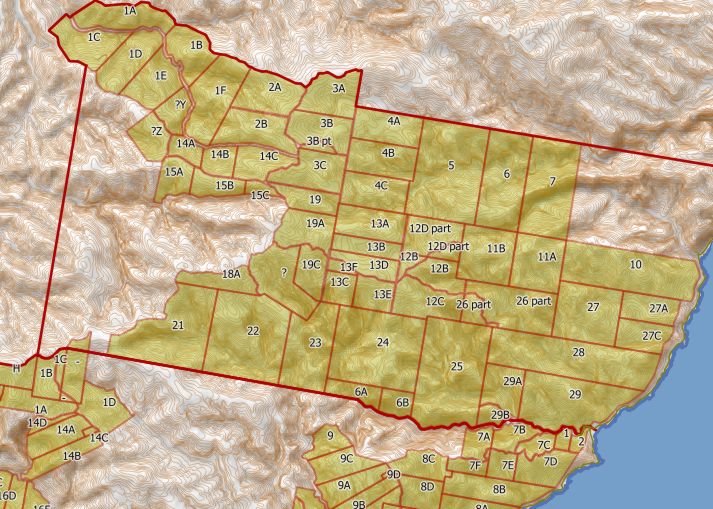 It turns out that the suggestions to use layer blending modes does not require any great delving into the inner workings of QGIS, but is right there in the layer properties, and is as easy as changing a line width or a fill colour. See screenshot below. Also I found some nice examples and discussion of it from the developer, Nyall Dawson nyalldawson.net: Blend modes for layers.

The screenshot below provides me with a solution to my initial question, "is there a way to hillshade vector polygons with a DEM in QGIS". I would now say yes, or at least the illusion of it is practically perfect.

The Screenshot actually shows two blending modes compared. The one above the thick red line is "multiply" applied to a 60% transparent green polygons, while below is "burn", also to a 60% green polygon. Burn gave a brighter, more '3D' result. 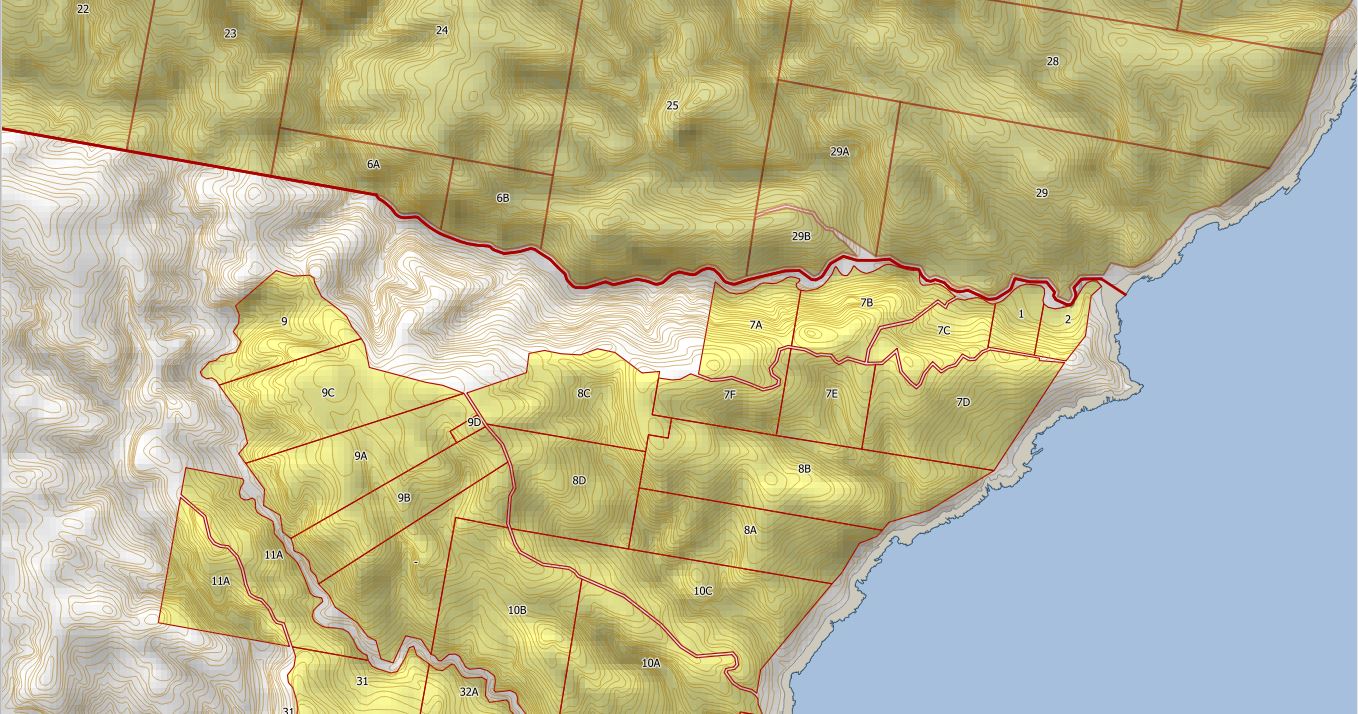 Two points to note: I still found the contour lines necessary to promote the effect; without them the DEM lacked visual form. The contours are above the polygon layer this time (looks better), whereas my old screenshot had them under (looks worse). Secondly, when using Burn, I had to put the cadastral boundaries as a separate layer over the green fill layer, because otherwise 'burn' burned the lines out.

Even better results can be achieved using layer blending modes (try "multiply") instead of transparency. The colors will be more vibrant. You can find a lot of examples for blending and hillshades on the QGIS Map Showcase, e.g. 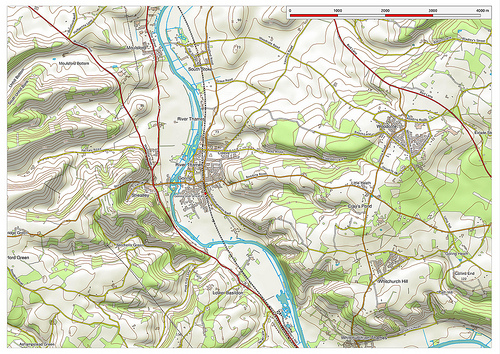 Why not simply overlay the vectors with your hillshade raster layer and set the raster transparency to about 60% or 70%? This is an approach I regularly use with good effect in QGIS, Mapnik and ArcMap.

In QGIS you can use GRASS but a simpler approach to calculating a hillshade raster from your SRTM is to go Raster->Terrain Analysis->Hillshade.

you can only have a single value per polygon, but if your polygons are not to large it can still look ok. So you first compute your hillshade from your DEM (r.shaded.relief), then you extract the mean of the illumination value for each polygon (v.rast.stats). With this new value in the attribute field, you us a graduated color symbology in QGIS and you have your hillshade.

For very large polygon with respect to the display scale, you should draw the boundaries only on top of the DEM or make it slightly transparent (in the symbol tag, select all the symbol classes, right click and choose set transparency from the context menu).

12
Is there a way to split polygons by several lines in QGIS?
5
QGIS print composer export excludes one layer
7
Merging hillshade / DEM data into color relief single geotiff with QGIS and GDAL
2
Clip raster (DEM) with vector layor in QGIS
1
Extract the "mid/center-point" of the touching borders/lines of adjacent polygons
0
Is there a way to create pixel centroids inside polygons with PostGIS ?
5
Masking layers by a vector polygon layer in QGIS
0
QGIS 3 is there a way to calculate the merging of vector lines
1
Blending DEM hillshade with QMS basemaps