Is there a way to trim a geo-referenced air photo to an irregularly shaped boundary?

I tried the clip tool shown in my attachment, but it didn't work. It looks as though the output extent field requires a rectangularly shaped polygon as the clipping feature.

Can I even do this in ArcView?

I've never had a request to do anything like this before. 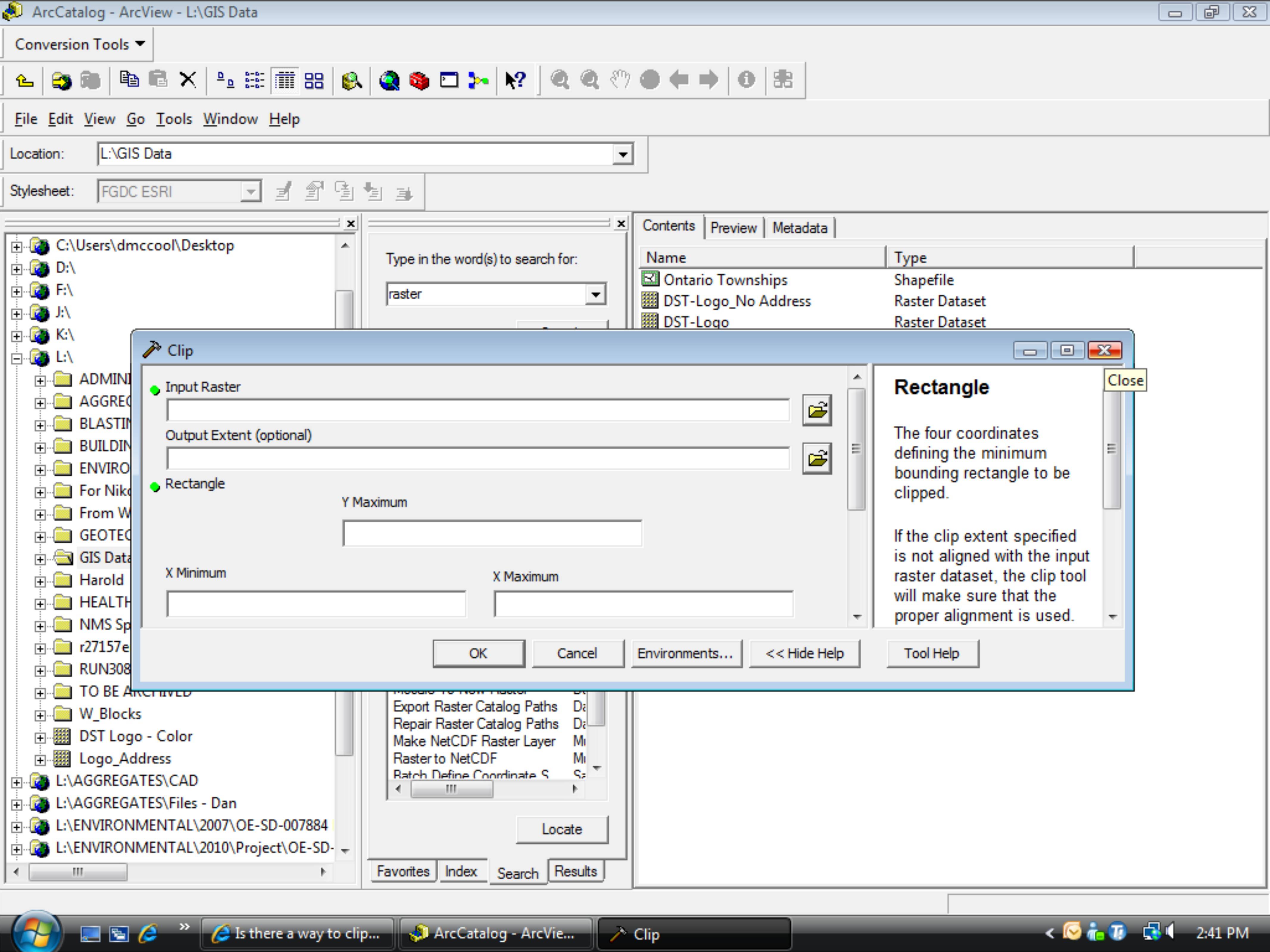 I do use Photoshop and other similar software packages. I could just go in to an environment like this & start painting everything outside of my boundary in white, but then I would have to come back in and geo-reference the image again, and it just strikes me that there must be a faster and easier way (even though I only have ArcView 9.3).

You can clip a raster to an irregularly shaped polygon (following the polygons geometry) using the tool you tried before, Clip.

Scrolling down a little further in your screenshot, click the checkmark to enable Clipping Geometry (see image). You should have this available at v9.3; This screen is from 9.3.1 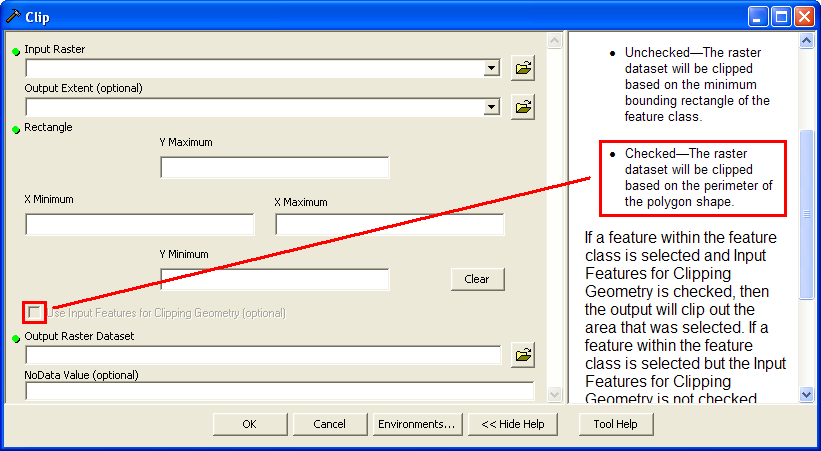 Could you create a large buffer outside the object, and then fill this buffer with a white color?

It sounds like you just need a graphical way of hiding the image, rather than something that allows you to perform a calculation.

I'd paint all the pixels you don't want to see in white (or another color) and then set that color to be the transparent color in the raster.

You won't need to re-georeference the photo since you have not changed its size or position.

Not 100% sure on the steps to do so in ArcView but I'm pretty sure it can be done.

Do you have Spatial Analyst?

Is there a "Clip Raster" tool in the Toolbox in version 9.3? ArcToolbox->Data Management Tools -> Raster -> Raster Processing -> Clip

If I remember correctly (it's been a while since i used 9.3) There used be an option to set a Mask on the Spatial Analyst so you could export a raster and it would be clipped to the "Mask" layer.

What you need is to draw a graphic in your document with the image placed in it.
select the document properties (right click on the layers and select properties) 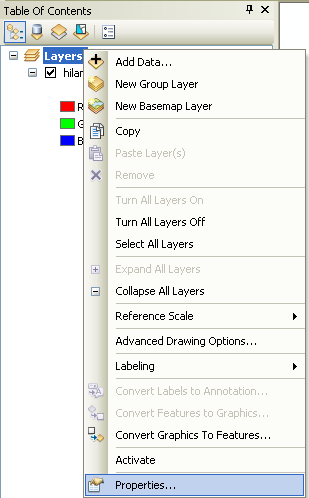 Then select the data frame tab> clip options>clip to shape>specify the selected graphic. 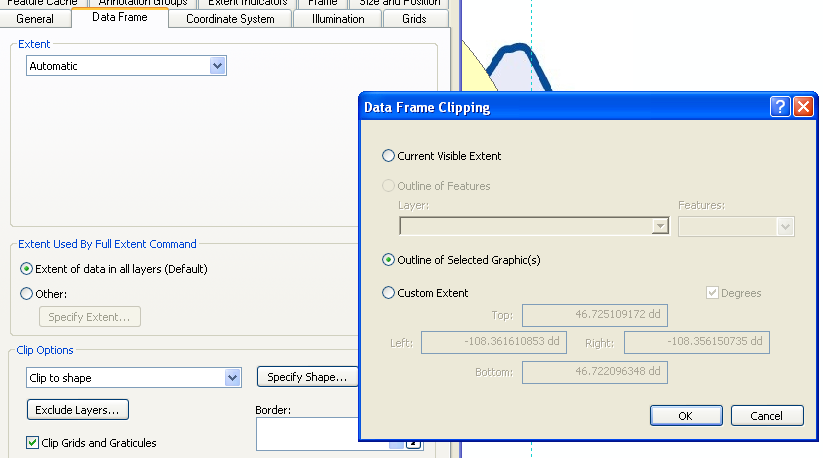 If you need to you can set that up in a layout and print it to a graphic format. like jpg or tiff.

By the way, all raster images require a rectangular boundary. If you have a clipped (not really the acurate terminology) or masked image it is ussually just masked in the software and or document you do the masking in. it is an object used to "block" the rest of the image from print/view.

In order to actually clip an image you would need to output your image with a mask appied and tell the output software to assign nodata values to the area outside. Then you would still need to either assign transparency or nodata as no color when you use the same image in another software or document.

Not the answer you're looking for? Browse other questions tagged arcgis-desktop raster arcgis-9.3 basic-license-level or ask your own question.