Why are poles missing from GIS topographic data? 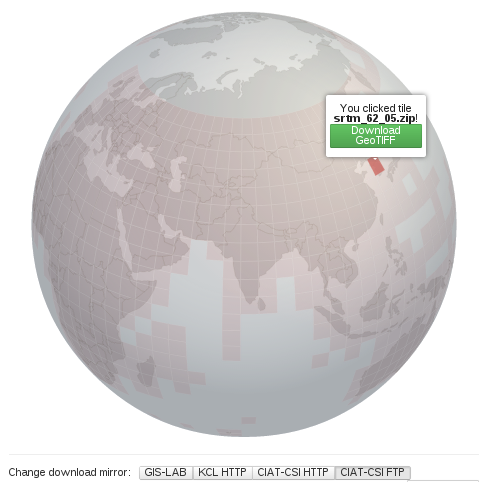 Common sense or deduction lead me to think that either:

I asked myself this for years. Yet, I have no real, solid answer up to now.

Just for fun, if the there are relevant GIS resources for these 2 areas, please share.

SRTM (Shuttle Radar Topography Mission) was a shuttle mission, no satellite involved. But essentially the satellites do not cross the poles.

In a sun-synchronous orbit, which most imaging satellites are in, you get a pattern like:

This is great because it means that the orbit can be timed and most parts of the Earth get covered at around noon, getting good lighting and few shadows. But essentially it is revolving around the earth in a way that the poles are never flown over.

Side effect stays, you may have missing information at poles, example with GDEM which covers 83⁰N-83⁰S :

But as we see, polar areas present more artifacts. To avoid such corrupt data, the easy solution seems to cut out poles, and 60⁰N-60⁰S

There is no SRTM data of the pole regions because

The best source of topographic data we have is data from the Shuttle Radar Topography Mission. This mission was flown in a matter of 10 days in 2000 with Space Shuttle Endeavour. The orbital inclination was 57 degrees. In principle, satellites can fly over the poles if the orbital inclination is close to 90 degrees. However, reaching a polar orbit requires more rocket fuel because the rotational velocity of the Earth that the rocket has at launch does not contribute to the orbital velocity for polar orbits (because a polar orbit is perpendicular to the ground velocity). Now, according to the journal article which reported on the mission:

So, all the fuel in the shuttle system (boosters, external and internal tank) was just enough to achieve a 57 degree orbit but a higher inclination was not possible. With this orbit, the mission managed to map all land between 56 degrees South and 60 degrees North (Farr et al., 2007).

A few examples of DEMs that go further North:

Why no space agency has produced a truly global DEM with at least 30 m resolution is just a matter of speculation. But it probably comes down to: Not enough scientists begged for it and hence no money has been allocated for such a mission and later missions omitted the poles again because other conflicting requirements were more important.

Not the answer you're looking for? Browse other questions tagged srtm topography or ask your own question.