I am really new to QGIS and KML so this might be obvious but I am too ignorant to know what to do. I have some KML files I would like to use in an application but they are much more complicated than what I need. They contain multigeometry with a number of polygons and I would like to merge these regions to simply get the outline of the total region. In addition, I would like to reduce the number of vertices. 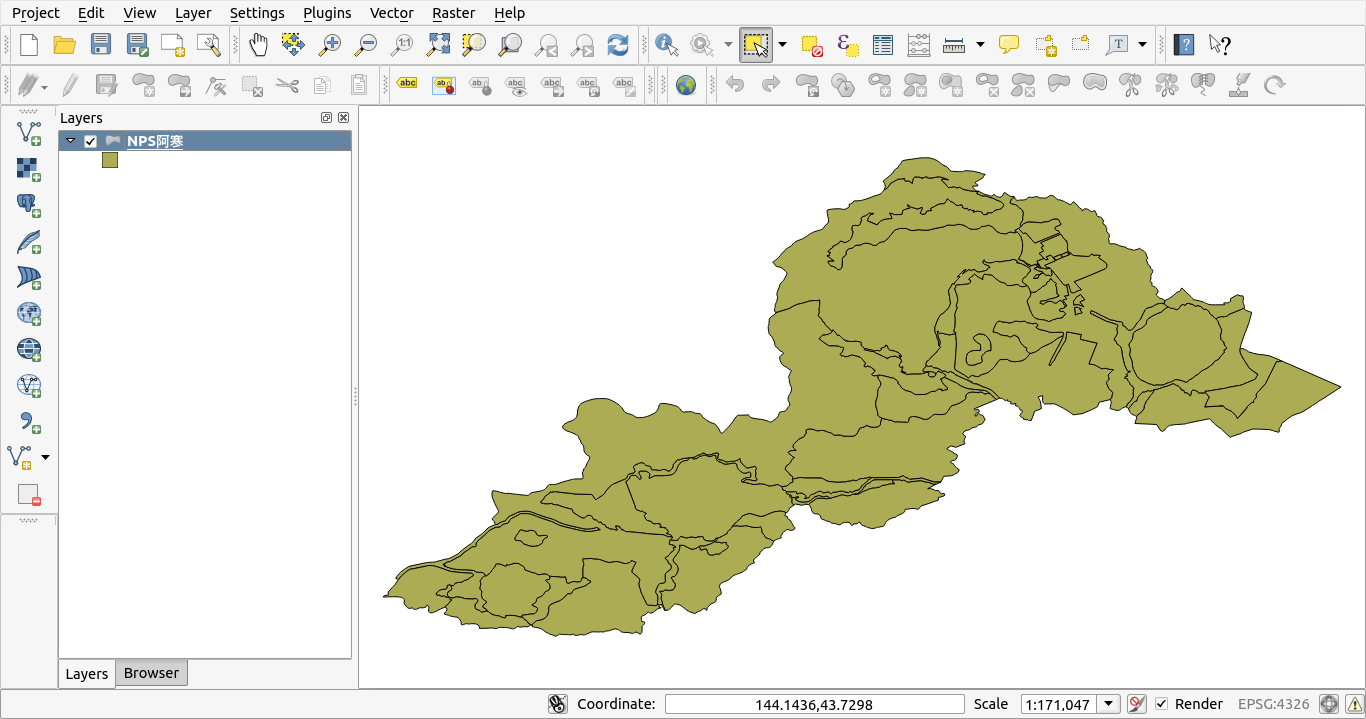 I saved this as a shapefile so I could access the Merge Selected Features tool and I merged all of the features: 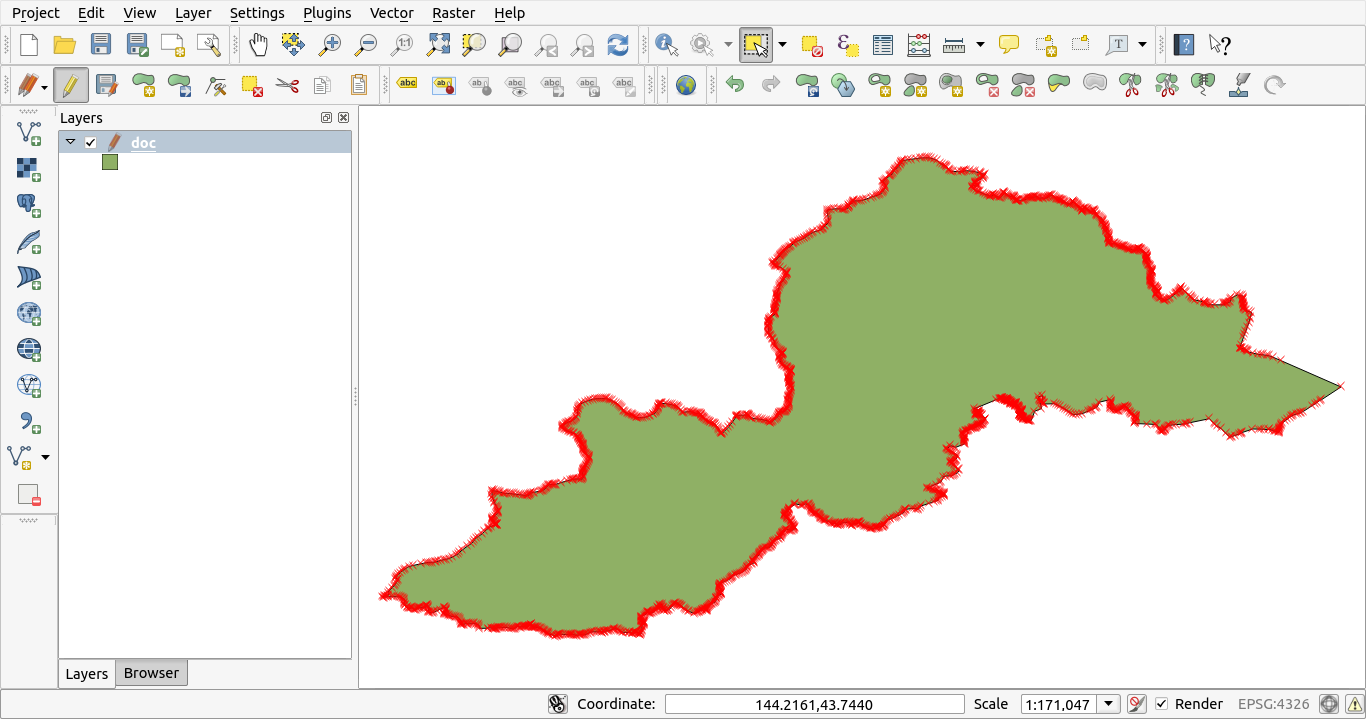 But when I try to simplify the feature I get the error:

In the documentation for Simplify Feature I saw it mentioned:

If a feature cannot be simplified (e.g. MultiPolygons), a message shows up.

So I thought this was likely the problem. Is there any way I can simplify this, or convert the multipolygon to a simple polygon?

Edit: During my searches I found mention of a plugin called fTools that seems to have some possibly useful functions, such as "Multipart to singleparts" and other vector tools that would be useful, however I do not seem to have it by default in QGIS 2.2, nor can I find it on the qgis plugins page. Is this plugin gone?

You will get the same error if you have not selected the feature in the GUI and then select the layer but hit use only selected features.

Also you can try using "vector"->"geometry tools"-> "Multiparts to single parts" This might be installed by fTools, both my installations mac and windows included this tools.

The last merge I did I used the dissolve function in the same "geometry tools" section, rather than merge selected features.

The attribute view gives a good overview of the number of features, but not feature parts.

You can convert from multipolygon to polygon with processing algorithm "Convert geometry type".

Not the answer you're looking for? Browse other questions tagged qgis polygon kml or ask your own question.