Why this two datasets don't match?

I have a postGIS database in SRS 4326 (WGS84) with several Europe layers working well, but when I load a shapefile projected to the same SRS with QGIS, the layers don't match.

To explain it better I've made two screenshots: The pink one are the German postcodes from my postGIS database, that are matching with all the rest of my data 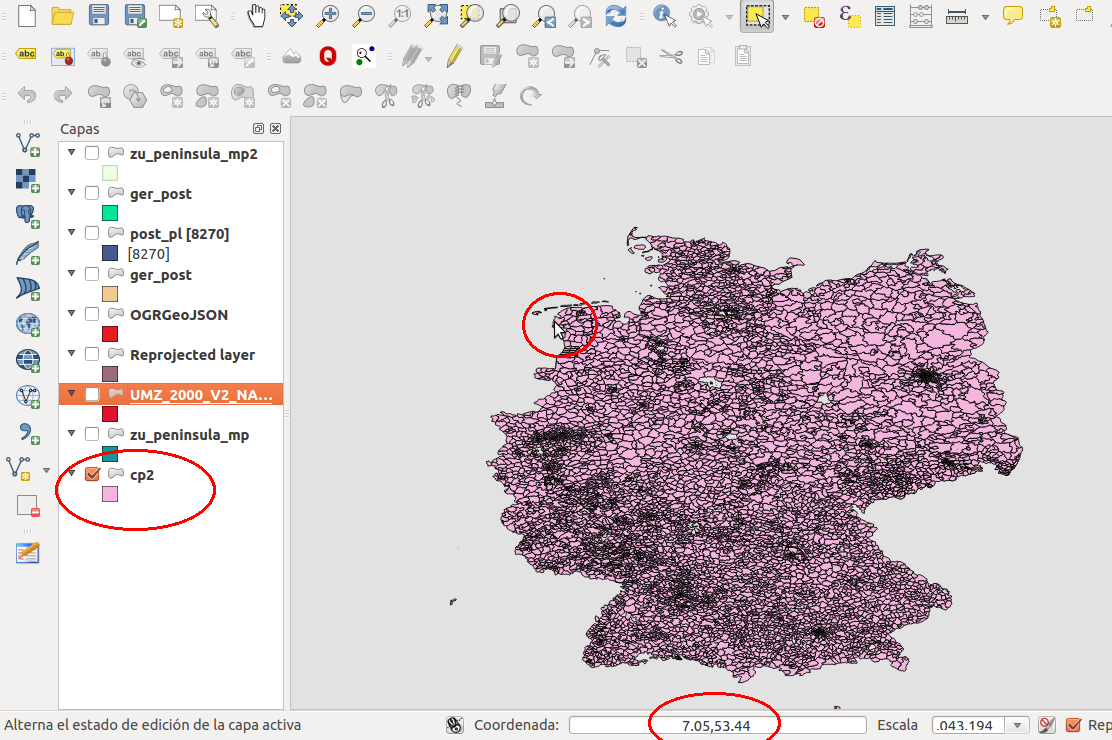 The second one, green polygons, are German postcodes too, but from a shapefile. Both of them are in WGS84 (EPSG:4326, I've reprojected it with QGIS, and shows it in layer propperties). I've marked the coordinates below, to see that the it seems that the second one's coordinates are not correct. 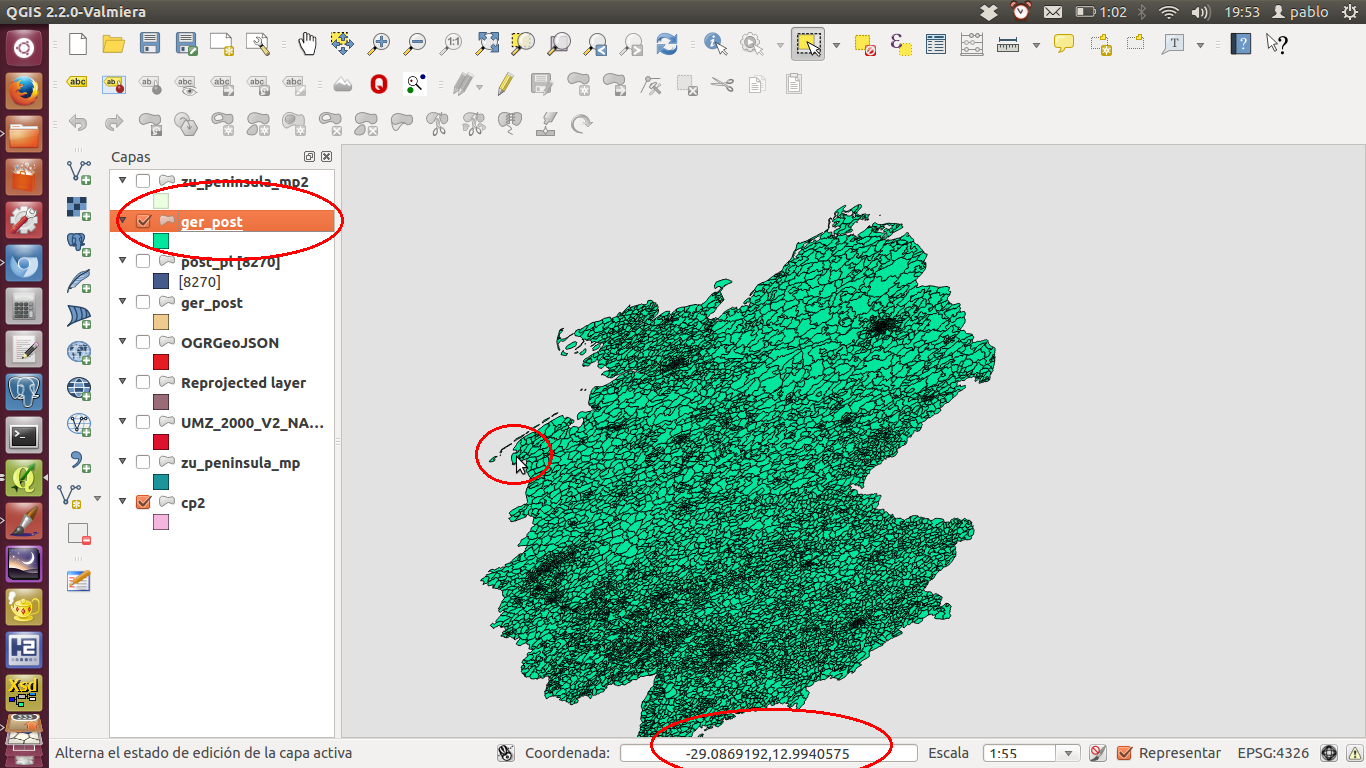 The second dataset is definitely not WGS84. The East coordinate is negative, which is not possible for Germany.

The dataset comes without a .prj file, so you have to assign EPSG:4326 with Set CRS for Layer. Reprojecting is wrong, if you do not have the correct starting CRS.

This is my import of the shapefile: 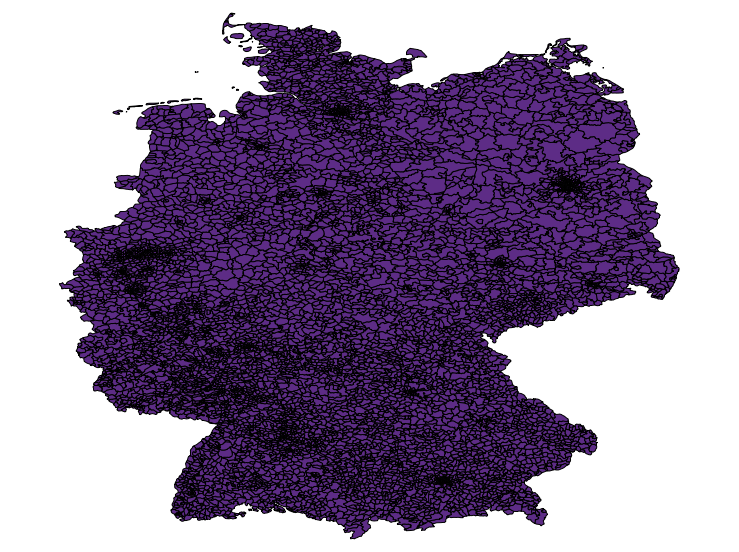 Not the answer you're looking for? Browse other questions tagged qgis coordinate-system wgs84 or ask your own question.

5
OSM To Postgis & WGS84 problems
5
Openlayers and Geoserver fail to reproject while editing Vector with WFS-T
3
how can I know which projection has this data?
3
Problem with projection in layer
2
distance difference in Google Earth with exported GPX or KML compared to source shapefile
3
Google layers not matching
0
why the graphics layer coming from the Geoprocessing service in WGS_84, is projected correctly on a Web Mercator Auxiliary Sphere Basemap