Find minimum elevation along a polyline and return xy or point?

I'm trying to find the minimum value of a polyline with a raster layer and turn that LOCATION into a point. I put everything together in model builder, but the raster calculator doesn't like 32-bit floating points, which is what my DEM is. I tried to get around the raster calculator with the Con tool in python, but I believe an attribute table is required for this (which I don't have due to floating point). I could convert the DEM to integer and build one, but this is already a lengthy process that involves many scripts and tools and wanted to see if anyone else out there had any thoughts? I'm open to any anything, really, conversion of polyline to polygon, etc...attaching a screenshot of modelbuilder process that works, but I need a script as I am doing this 1000+ times. 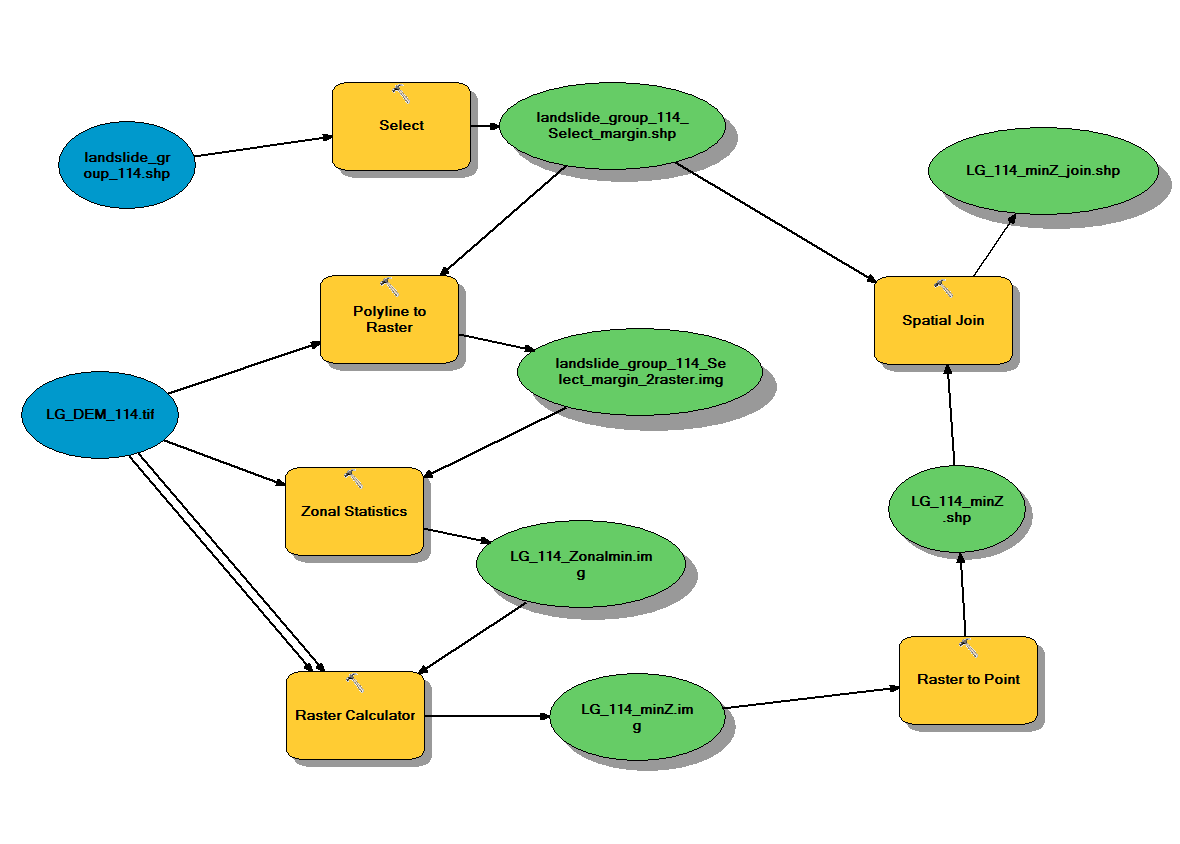 I can turn the polyline into a 3D feature and find the minimum value, but I don't know how to find WHERE that minimum value is. If I could locate it with XY coordinates, I can then generate the point.

Thoughts? If I'm wrong about the Con tool and my syntax is wrong, that would be awesome, so please feel free to suggest something. It finds where the min is along the polyline that has been converted to raster and where that min is within the DEM, thus returning a min pixel:

This is how I would do it:

Not the answer you're looking for? Browse other questions tagged arcgis-10.1 dem python-2.7 elevation line or ask your own question.

1
Find Minimum Value of Point within a buffer output as a point file
2
Getting First and Last Point coordinates of Polyline with Field Calculator in ArcGIS Desktop?
1
Re-numbering points along a polyline
2
Finding point with highest elevation in area using ArcObjects?
1
Getting average elevation in floating point format around NumPy point coordinate?
1
Finding intersection point of point and polyline using ArcMap?