Using QGIS to Select by Expression?

I am a geologist searching through a geological database (see attached figure). I have a shapefile and associated attribute file of which I would like to select certain records within a field to make as new shapefile layer.

I wish to search the 'GEOLHIST' and select Permian lithologies using the field calculator. Subsequently I shall Save Selection As. I have tried using the following script unsuccessfully.

What script can I use to select the above records?

This script works. I have looked at the other OPERATORS (AND OR IS LIKE) and CONDITIONALS and have not figured out how to achieve my task. 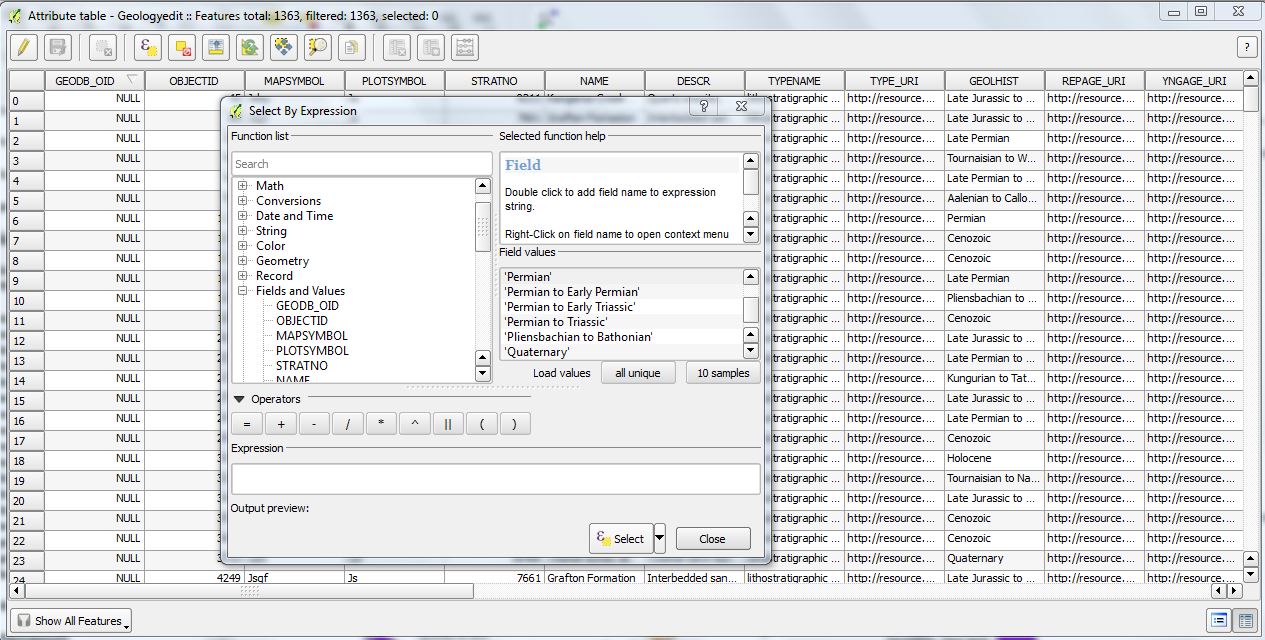 I was not aware of the SQL operator in or the method of bracketing. This technique will be most helpful in the future. 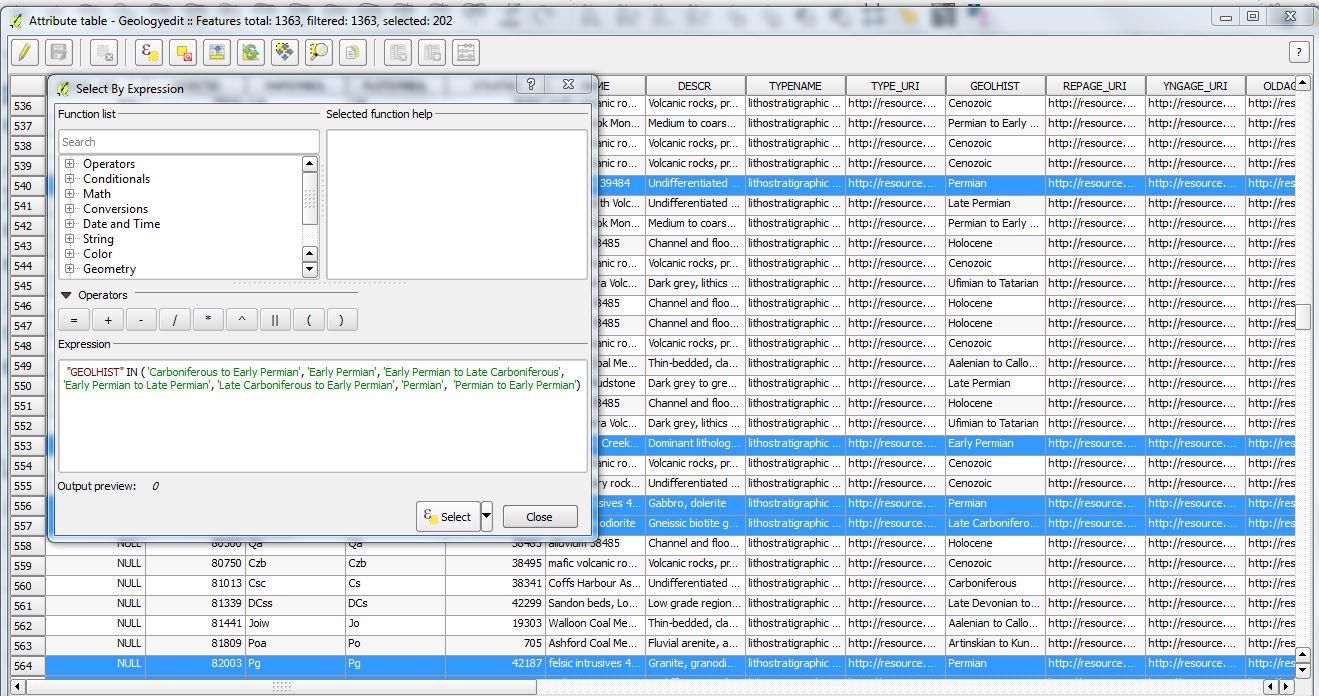 If there is only need to select 'all permian lithologies' and no other conditions - you can use syntax like this:

This should select all occurencess of 'Permian' word. This will not work with 'permian' probably. But you can change to '%ermian' thought.

You need to write a full expression between each OR, something like this:

Not the answer you're looking for? Browse other questions tagged qgis sql expression or ask your own question.