I'm attempting to make a flood plain map for a school project, and am using FEMA Flood Hazard Symbology for the legend. I've dissolved by a Flood Zone Field, but am left with two attributes both named "X" they are slightly different, but for what I need it does not matter.

I want to consolidate these attributes into one. So far I've tried to merge them using the editor toolbar. The process starts to run, but ArcMap locks up and eventually says the merge cannot be completed: Not enough memory. I'm running Arc on a computer with 8Gb or RAM. Is there another way to consolidate these into one, or a way to not make it lock up? 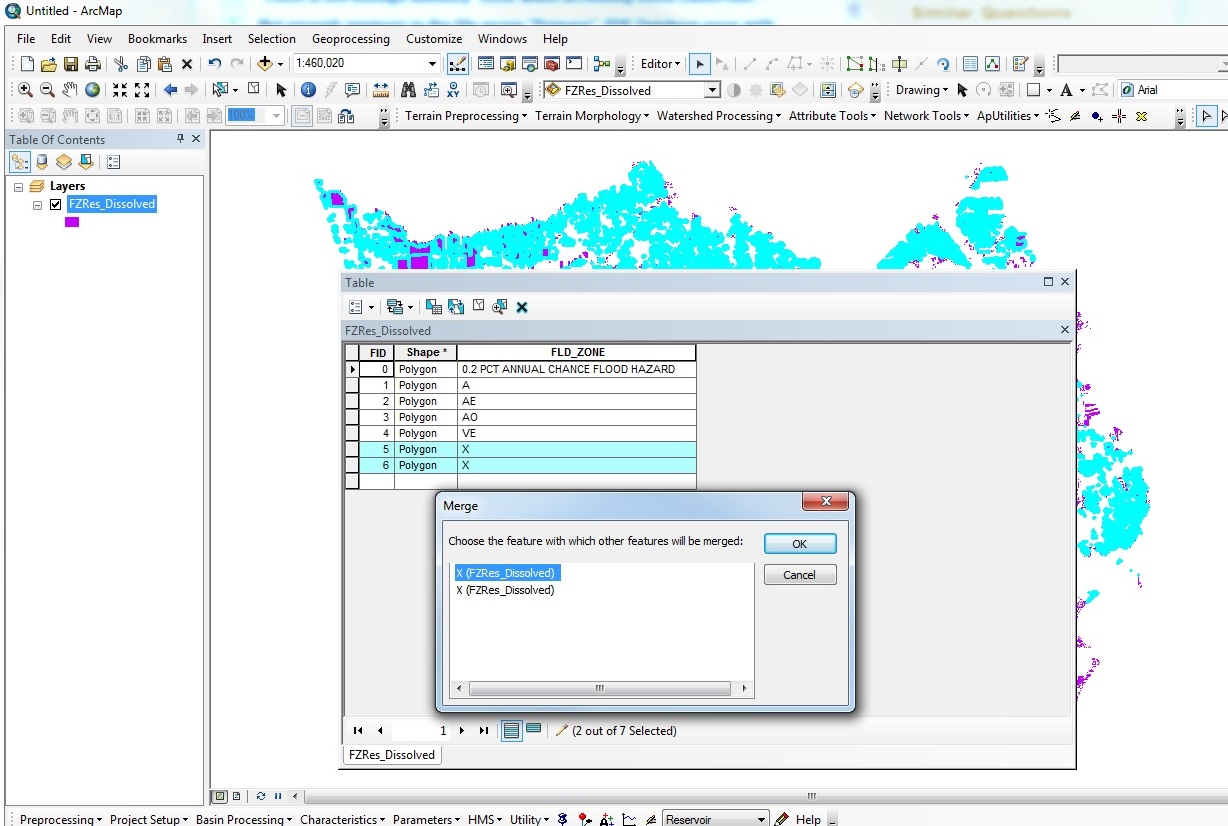 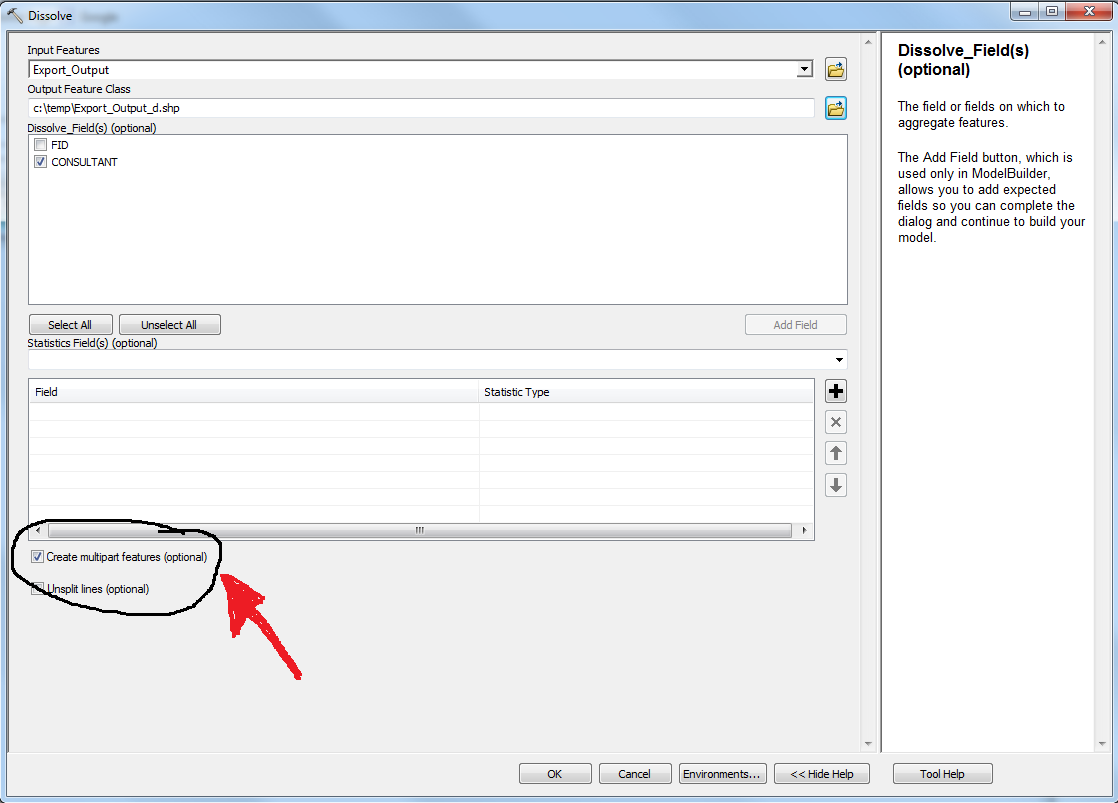 Outside of an edit session - try using the DISSOLVE tool - under Data Management Tools > Generalization. This should accomplish what you are trying to do I believe. Leave the Create multi-part features option checked on.

It looks to me like there's a difference between 'X' and 'X'. I think you need to make them both the same: select all the features with 'X' and use the field calculator to populate them with 'X' - yes it sounds the same, but there's probably a leading or trailing space which will become evident when you select by attributes on 'FLD_ZONE', list the unique values and you get two 'X' values, you want to select both of them and field calculate to the same value and then they will dissolve properly.

Not the answer you're looking for? Browse other questions tagged arcgis-desktop arcgis-10.1 merge dissolve standard-license-level or ask your own question.