Creating set of equally spaced points along line using QChainage and exporting these as latitude and longitude coordinates in degrees?

In QGIS 2.2.0, how do I create a set of equally spaced points along a line using QChainage and export these as latitude and longitude coordinates in degrees? I am using the QChainage function in QGIS, but it is generating the following error:

I have consulted the following posts, but was unable to solve this issue:

Creating points along lines using QGIS? How can I represent distance using the dashes or markers of a vector line?

I know this question has been asked and answered in other posts (most or all of which I think are listed above). The difference with my question is that I am getting this strange error when I try to use QChainage. I was able to use QChainage before and it worked, but now I am using it on layers that I generated by adding a buffer to a line, converting the buffer polygon to a line, and then removing parts of the line (see here: How do I plot a line on a map, or obtain the latitude and longitude coordinates of such a line, that is 120km north of the US-Canada border?). If you look at the line in the image below, you can see that the line is broken (it is several lines). Maybe this is the problem? 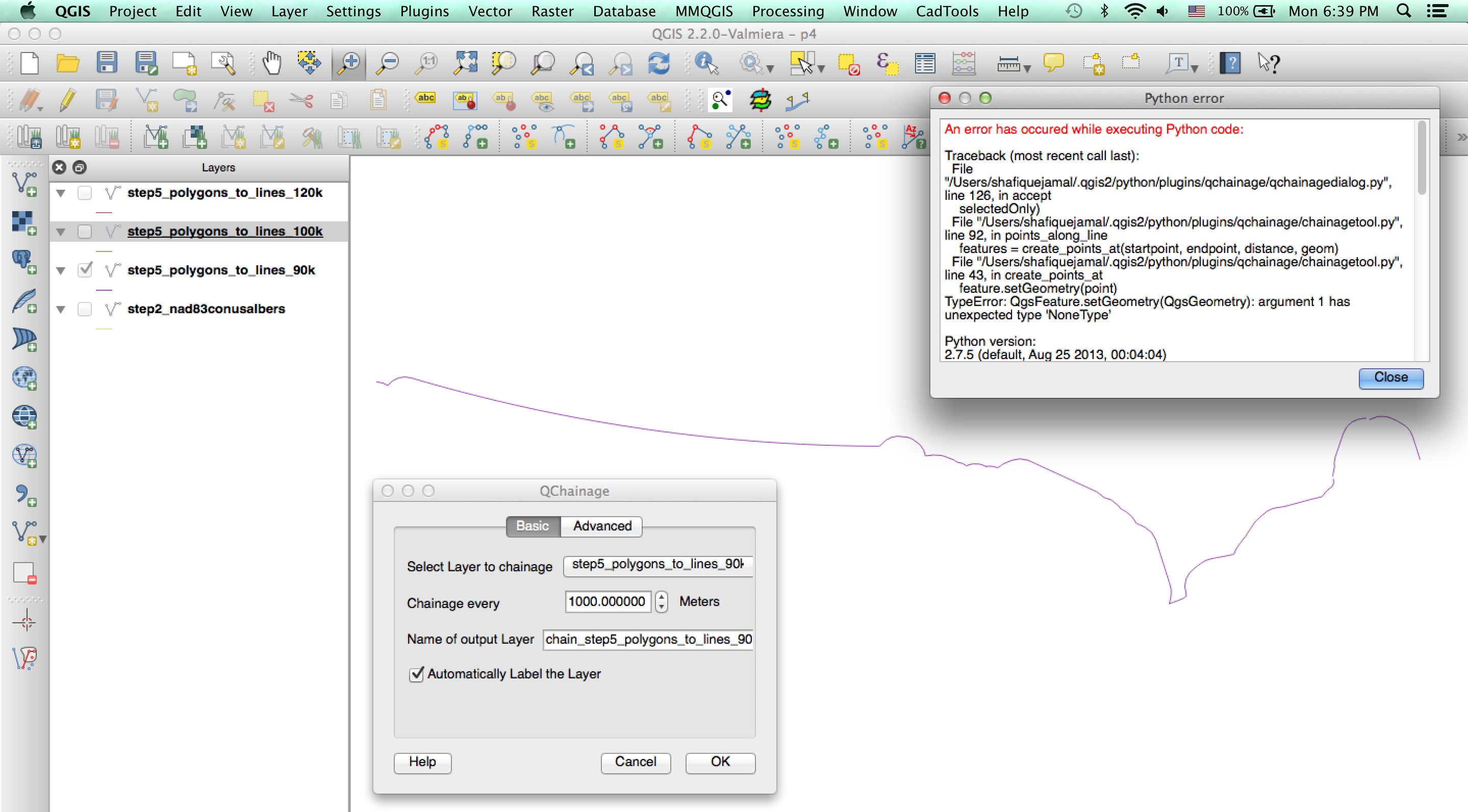 I am pasting below a picture of what the line looked like after I added a buffer and converted the polygons to lines, but before deleting parts of the line: 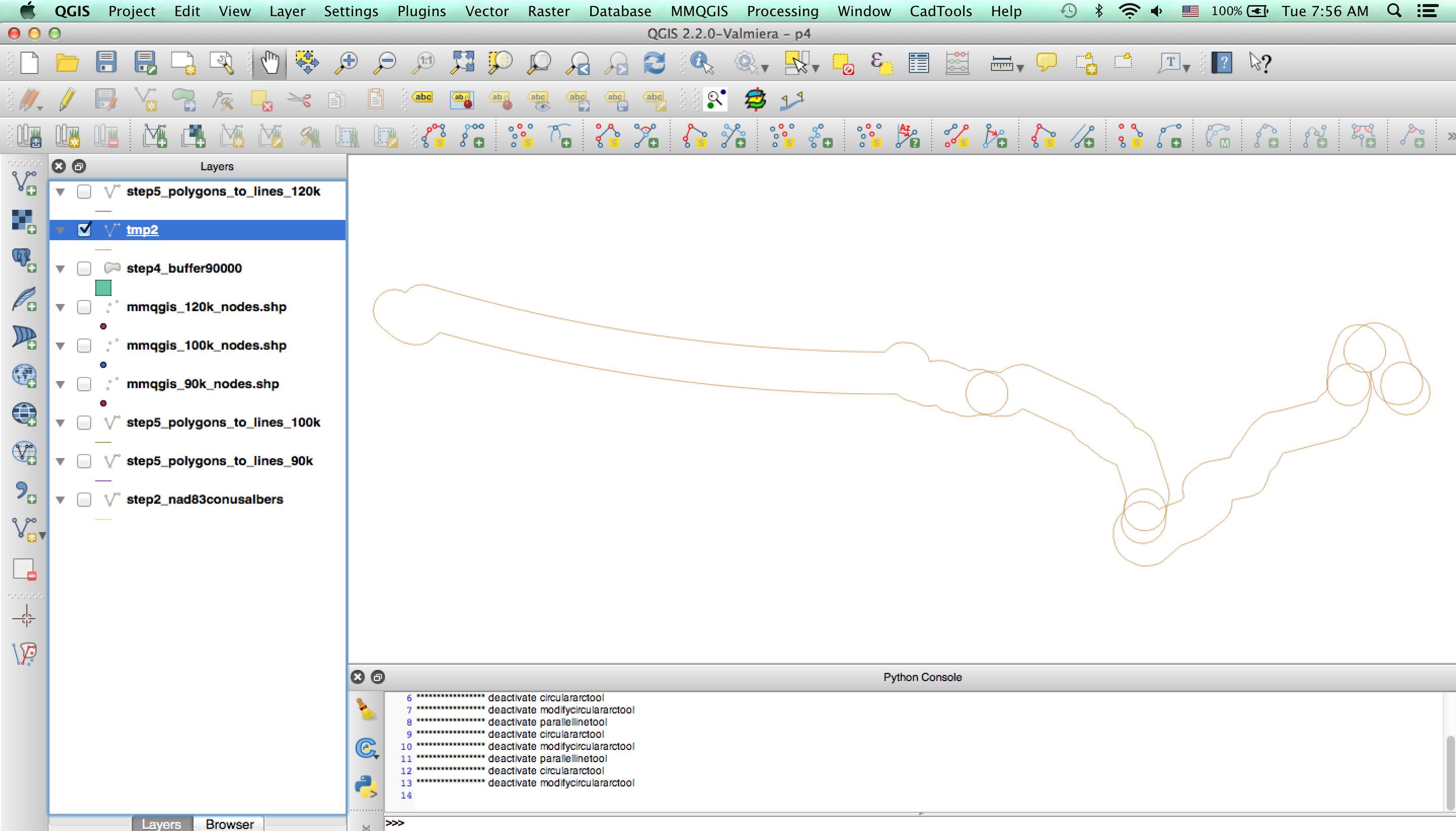 Here is a zoomed in view of the line, showing that it comprises line segments: 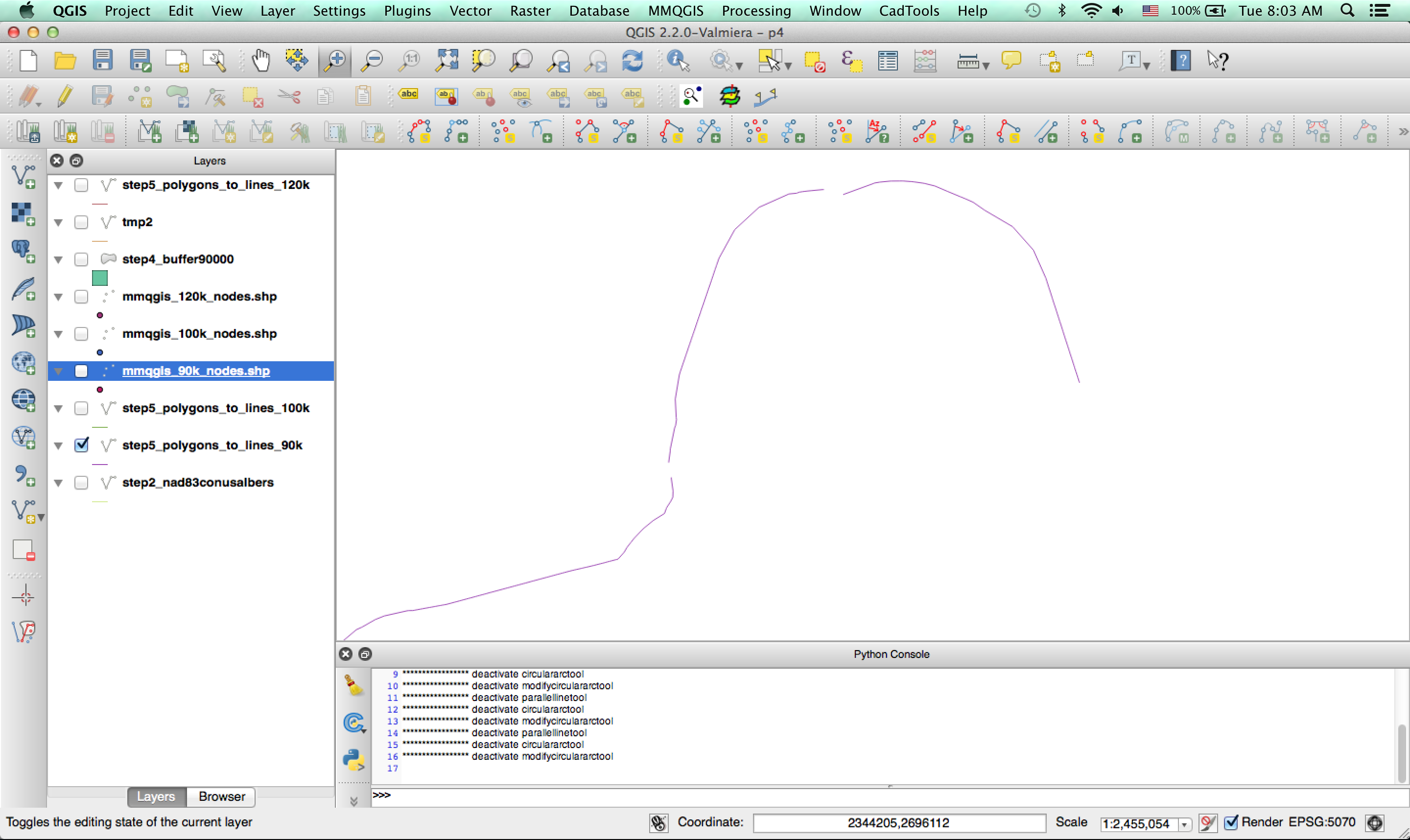 The lines to buffer should be contiguos.

I usually take the borders from Natural Earth world boundaries, which comes as polygons. The border lines from gadm.org should be closed as well.

I described a workflow to combine lines here: How to visually sort the order of Points with QGIS, GDAL, ...?

Vector -> Geoprocessing -> Dissolve using dissolve all lets you create a single buffer around all segments.

5
How to visually sort the order of Points with QGIS, GDAL, ...?
5
QGIS plugin that adds a point along a line at a specified distance?