I use scale-dependent symbols for mapping (rendering Openstreetmap vectors as it happens). For instance paths show up when zoomed closer than 1:50000, but only roads show when zoomed out.

The rules for rendering are defined to make mapping usable on a monitor screen.

When printing my needs are different - the paper is bigger than the screen so it doesn't follow that the same rules should be used to define the rendering.

At the moment every time I change map extent or scale everything remains connected (changing map extent changes scale changes rendering style etc etc)... so the only option I see is to re-write the complex qml files I use to define rendering styles, so that I have one set of styles for printing and one for on-screen use. Am I missing something? This will be an extremely inefficient way to work. 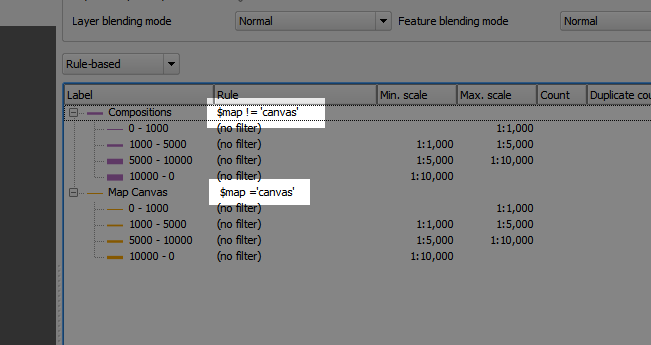 Given what you said, I'll assume you set rule-based rendering, using the zoom as a criterion. Just use two rules for each layer - one to set styles on how you want them on 'normal working scale' for viewing (say anything below 1:100000), and another for a the zoom range in which you build your print maps. 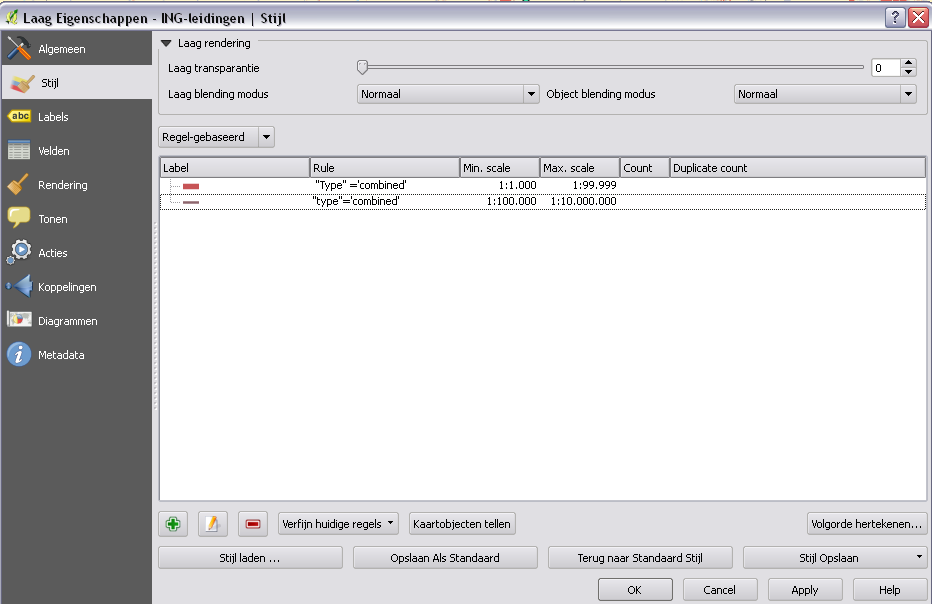 In print composer, then insert a map, manually set zoom level to the 1:100,000 you want, and set the dropdown box at the top to 'render' rather then cache. Granted, you'll have to adjust the rendering rules a bit, which is a bit of work initially, but that would be the case in any application. 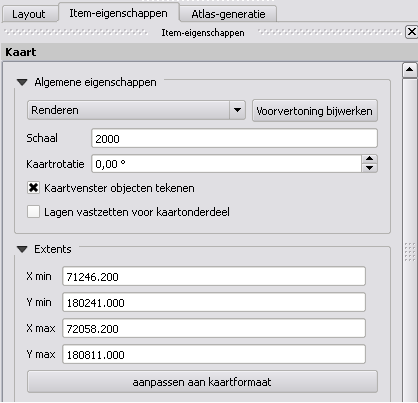 Due to you forcing the print composer to fully re-render the image, on a scale level you set for the print, you should force the rendering rules to be enforced for the different scale then your normal 'viewing' in QGis would do.

Not the answer you're looking for? Browse other questions tagged qgis openstreetmap cartography print-composer or ask your own question.

3
How can I set a specific meter scale in the print map composer?
3
Map scale vs. map extent vs. map canvas size in Print Map Composer
12
How to put North Arrow and Scale on map in COMPOSER in QGIS 2.2.0
2
Where do I find additional instructions for QGIS print composer?
5
Printing a 1" scale from 2.8.2 Print Composer
2
How to lock the composer extent in QGIS?
1
Setting up Print Composer to Output Paper Map at Right Scale in QGIS?
1
Setting print scaled factor of map in QGIS?
2
Centering the map in print composer around a feature (QGIS)