How to generate StreetFrom and StreetTo data from street segments?

I have a polyline feature class of about 4000 street centerline segments for which I would like to add data on what streets the segments intersect with.

What I have so far:

I wrote a quick Python script to calculate these values by doing Select By Location -> Boundary Touches:

The issue I am running into is the directionality of the street. In my street data I have address directionality using Left From/Left To/Right From/Right To, like in the below table: 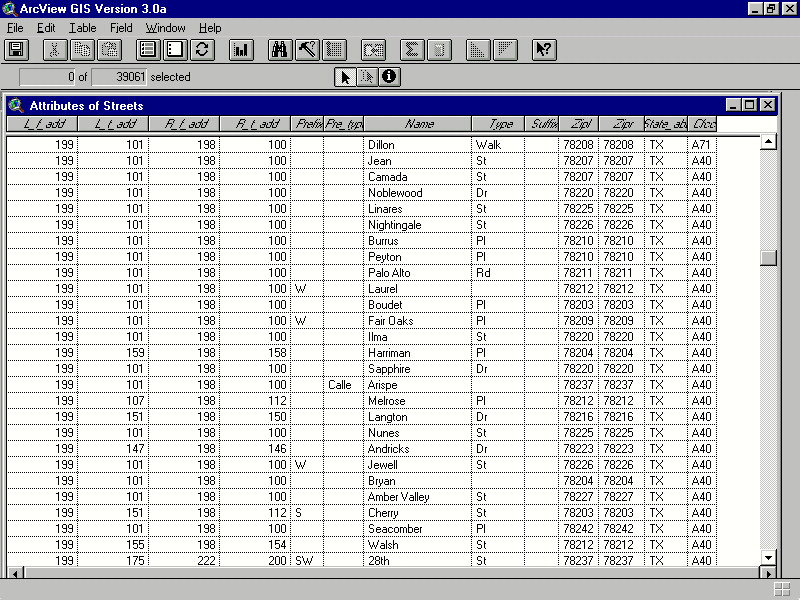 Some ideas I've been exploring:

I would loop through the line features - and on each of them use:

then when I have the start point - I would use the arcpy.SelectByLocation_management() tool to find out the line segements touching the point - from here - you can loop through and get the name or ID of a touching line. This can all be done with an "in_memory" dataset as opposed to writing them out.

Not the answer you're looking for? Browse other questions tagged arcpy arcobjects arcgis-10.2 or ask your own question.