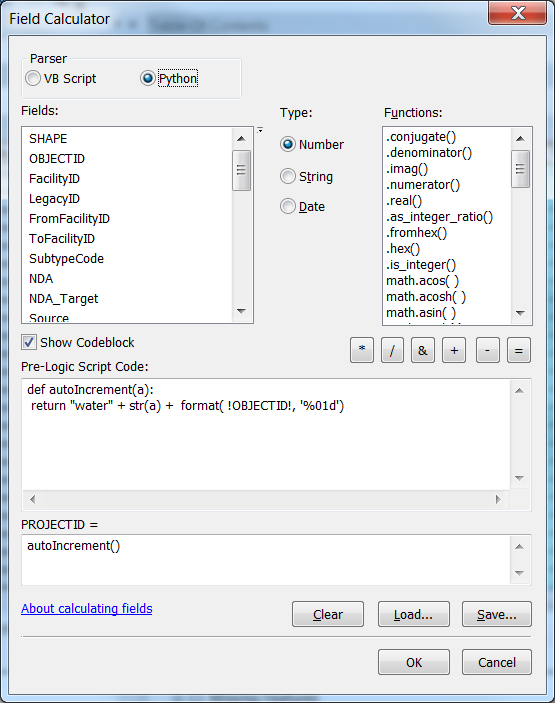 What am I doing wrong here?

arcgis-desktop arcmap field-calculator
Share
Improve this question
edited May 8 '14 at 2:08 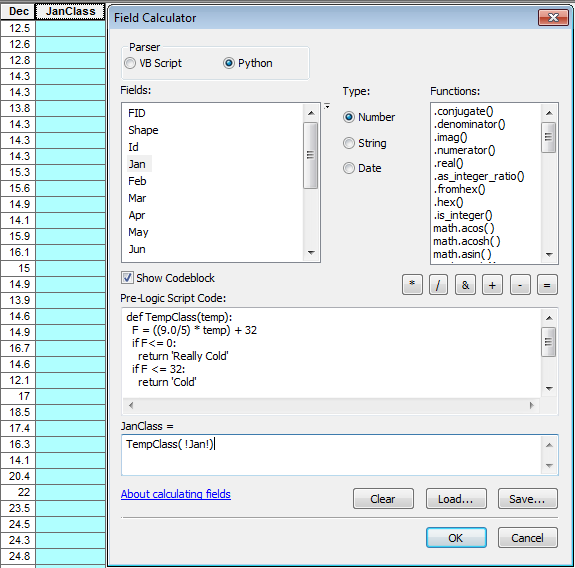 Notice how temp is defined as an argument in the pre-logic script code and keeps its name when used inside the function. Then in the JanClass = block I use the function and define which field values I want to use.

So in your case add another argument to your function, call it objectID, and then when you call your function in the box below feed it !OBJECTID!. Additionally I am fairly certain that OBJECTID cannot be used in field calculator operations. If you are trying to do an auto increment function refer to the answer given by adouxju on this question - (How to auto increment a field in a feature class?).

Not sure what a is supposed to be, but let's say it's FacilityID. In your PROJECT= line (the expression line) you put autoIncrement(!FacilityID!,!OBJECTID!) and your code block is:

Not the answer you're looking for? Browse other questions tagged arcgis-desktop arcmap field-calculator or ask your own question.