I have a large amount of RapidEye images (+300 Gb) that I want to use as a basemap for a online application. So far I've managed to serve them as an ImagePyramid in geoserver following the steps shown in a presentation called "Geoserver on steroids". The problem is that I haven't been able to do a proper color balance so when looking at the entire dataset, the mosaic looks very poor but as I zoom in, it gets better (pictures bellow).

Any tips on how to improve the process and get better color balance? 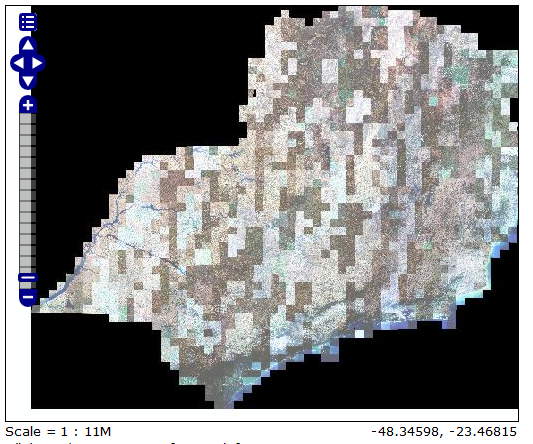 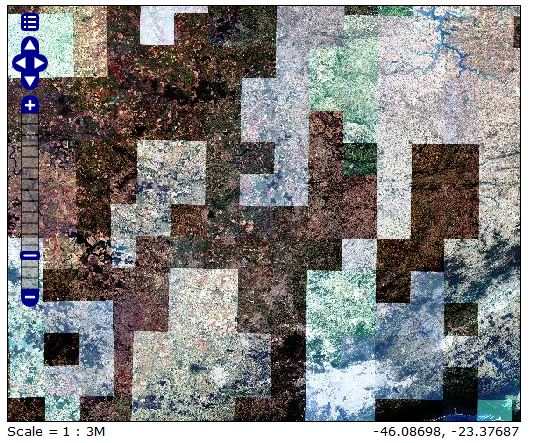 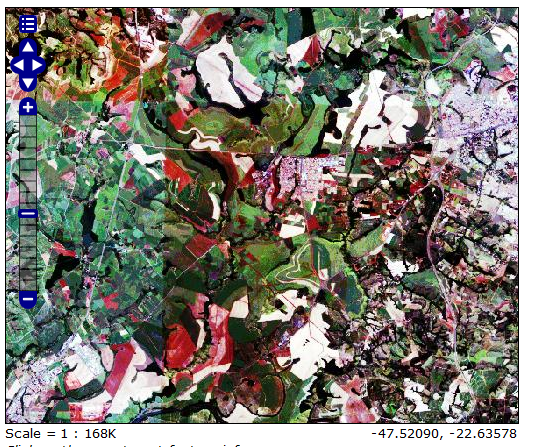 I believe I got it.

I forced a mean +-2 Standard Deviation histogram stretch in each RapidEye image during the conversion to 8bit.

These are the transfer function vectors:

Below are some screen captures. The problems I have to fix now are 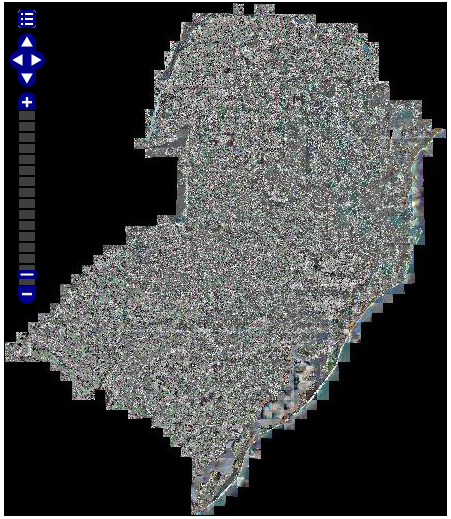 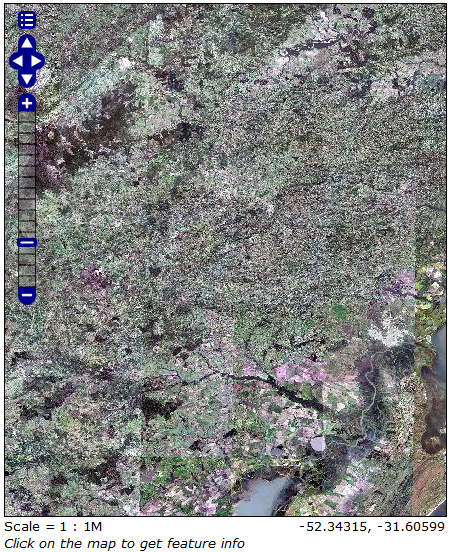 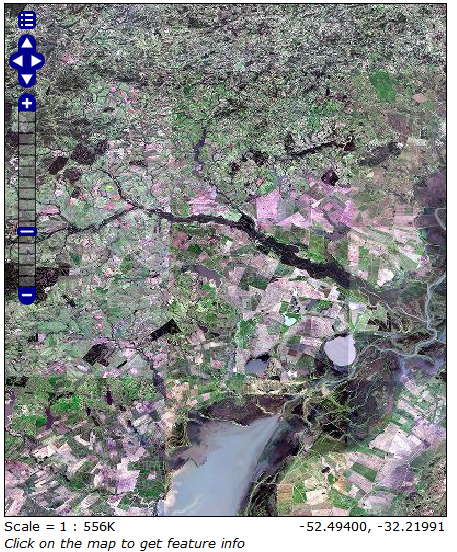 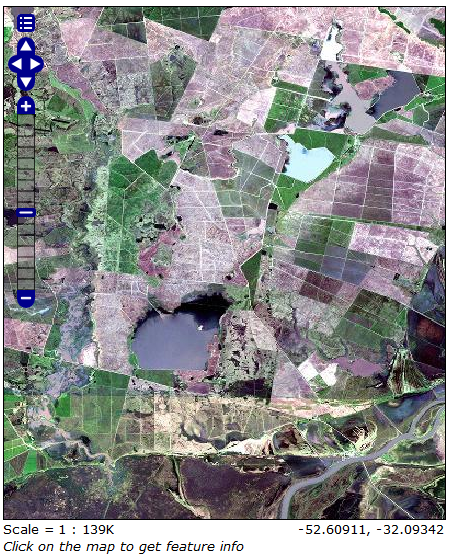 Edit
I've now placed the code on GitHub. It's been a while since I used it. The code is a bit messy and so is the repository. But should still work.
https://github.com/dvictori/rapideye_hist2sd

Daniel, are these images from very different seasons? Or times of day? If they are different seasons, then getting good color balance may be pretty tough. But if they are different times of day, then applying a correction for sun angle may help noticably. A good first order approximation for sun angle is to multiply the pixels times 1.0/cos(angle_of_sun_off_directly_above). So no adjustment if the sun is directly above, increasing to ... well infinity as you approach dawn/dusk.

I've had bad results in the past using histogram matching between scenes on overlapping regions to assemble large mosaics because you get strange drifting effects across the mosaic. I think a more useful approach might be some sort of histogram matching against a base color target image (perhaps an attractive landsat mosaic of the area). I'm also interested in how to resolve this problem. Charlie Loyd at MapBox might also have thoughts.

I have sometimes used OSSIM Image linker with histogram matching for making colour balanced mosaics. Image linker tutorial gives some example http://download.osgeo.org/ossim/docs/pdfs/ImageLinker_Tutorial.pdf However, Image linker is not actively maintained and I do not know if it works any longer. Ossim geocell is the current program but there is not much user documents about that. I remember that for achieving a good result I preprocessed my Landsat scenes first one by one with OpenEV by applying some LUT stretch for making the images to have visually about the same appearance. Then it was easier for OSSIM to make the final matching. The end product looked about as good as the one I made with ER Mapper mosaic utility.

Not the answer you're looking for? Browse other questions tagged geoserver gdal basemap image-pyramids or ask your own question.