Clip for each feature

Using the Clip_analysis tool, I get the orange lines: 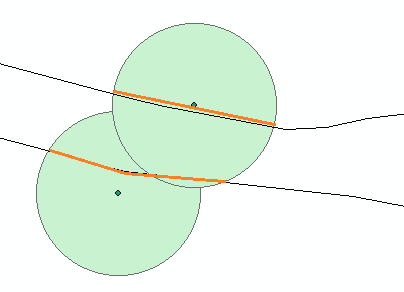 whereas I want the following red lines: 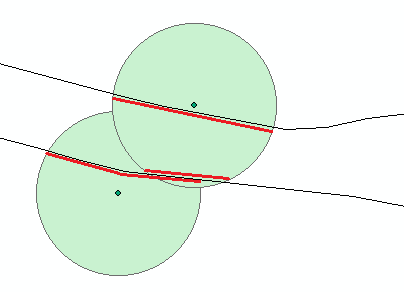 In a python script, I tried the following code to clip every polyline with each polygon:

But the execution is very very slow and it crashes before finishing.

I also tried the Intersect_analysis tool but I didn't get the right geometries: 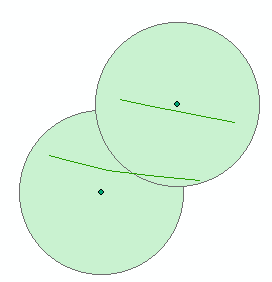 Do you have any idea of a better methods to do it?

Here's one that I did before, the script is called "Clip for each Polygon". It will create a shapefile for each input polygon. It was originally for extracting contours to a 1k grid to be exported to DXF (AutoCAD couldn't handle the number of geometries, apparently they hadn't heard of spatial indexing).

It is 9.3 but would easily translate to ArcPy if required; scripts using 9.x geoprocessor still run in v10.x using a license level of Basic.

The results will end up in the folder you are calling the script from, you might want to change that, it worked fine for me at the time.

For a lazy solution (without coding), try with the split(analysis) tool followed with the merge tool. The split tools make one clip for each feature in your buffer. You can then merge them all, just make sure that you map your field so that you don't duplicate them.

Note that your results with intersect are strange : maybe you should check the tolerance used with the tool or inside you geodatabase.

Not the answer you're looking for? Browse other questions tagged arcgis-desktop arcpy geoprocessing arcgis-10.2 clip or ask your own question.

1
How to clip by inidividual polygon shapes rather than by an aggregated shape consisting of all polygons in the shapefile.
1
Batch clip DWG polyline
1
Iterating two different feature classes based on sequential order and clip
3
Iterating through all geometries using ArcPy search cursor?
2
Create Polygon from holes in polygon ArcGIS
1
Clipping by looping through list using ArcPy