How to delete an edge in QGIS

I have used the Lines to polygons tool to turn a city boundary linestring feature into a polygon. However, the tool has connected some nodes more than one time, resulting in multiple edges 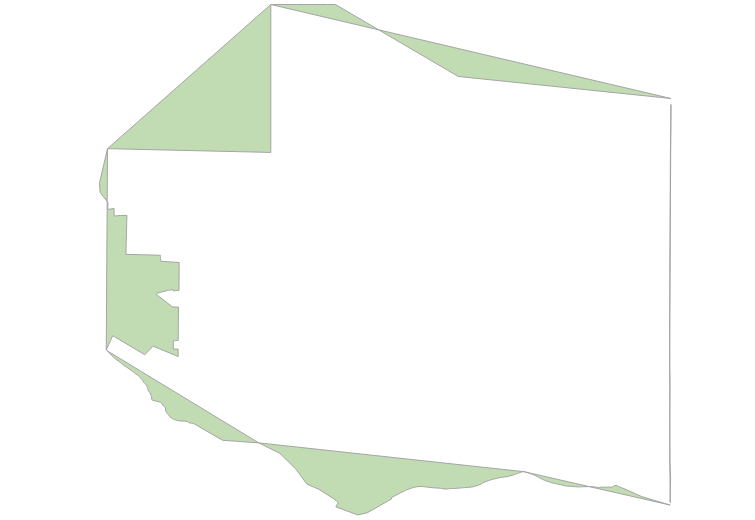 I would like to remove some edges but not the nodes, therefore I cannot use the Node tool. Is there any way to do this (or to keep the tool from connecting node more than one time)?

I suspect the original problem is with the quality of your boundary linestring. I see gaps in the polygon version (particularly the right corners), which suggests the linestring wasn't actually closed. The result looks like a common digitizing error where a polygon boundary crosses itself and so some areas are incorrectly interpreted as interior when they should be exterior.

Note this may occur (probably does) at new nodes, not necessarily input/existing nodes - it's not that it connected a node more than once, rather it followed the line to the end and then drew a straight line from the last connected node back to the begining node (or some variation on this depending on how the tool is written). That line may cross the boundary line in several places, and every place it does creates a new node. The resulting enclosed areas become polygons, but as mentioned above what is intended to be interior and exterior gets lost.

The first suggestion would be to go back to your original line boundary and clean it up - make sure all nodes connect and that it is in fact a closed line. Then rerun your Lines to Polygons tool.

If for whatever reason that isn't an option, there are several ways you could tackle the problem. Two would be:

12
Splitting all lines in layer at vertices using QGIS?

2
How to join nodes to network lines ( and not the other points)
3
Problem with PostgreSQL View layer in QGIS
2
Problem with Distance Matrix in Qgis 2.83
16
How to add a node/vertex in a QGIS edit session?
2
How to separate nodes that are common to more than one polygon in QGIS?
11
Drag multiple vertices of different line features in QGIS
3
Merge Polyline and lines to Polygonize
3
How do I separate/visualize polylines that overlap? (Show them next to each other)
1
Reducing a network on QGIS by merging some edges and deleting unneeded nodes