Connecting two line ends in QGIS without resorting to other software

I have two adjacent (ends meet to make one line) polylines in QGIS. I need to properly connect the two ends of the two sections. I've tried the obvious (and less obvious too) but QGIS won't forget that they started out as two lines.

On this occasion my overall aim is to create a GPX track using a set of currently unconnected lines with meeting ends (i.e. unconnected in the data, but end to end geometrically). I guess that QGIS needs to understand how each line is meant to connect together - after all it would still be a valid GPX track with one section of line in the track, followed by another random section, and then a third, and so on.

Typically the issue is that QGIS does just this - so that the GPX track isn't one continuous line (I get separate 'trkseg' sections of track).

To (try to) make one track line I have:

and then saved as a GPX track. I've done these things repeatedly and in differing orders and with more than one set of data. It rarely works.

What does work is having taken the above steps - to save the data as a MapInfo TAB file, load it in MapInfo, use MapInfo's 'combine' command, save, re-open in QGIS, save back into a SHP file... then create the GPX track (which often works).

My interpretation of this is that QGIS is never correctly combining the lines into one - even though the endpoints of the lines are correctly orientated (one in the same place as the other).

Is there some hidden "permanently combine" feature which is stronger than "merge features"?

I've read (I think) that it might be possible to use GRASS to do this - but as I already have a solution using a different package I haven't pursued this. I was hoping for a simple solution.

I think the easiest way is to use the Plugin Join Multiple Lines, either for connected or unconnected lines (as you see in the example below, in the latter case lines will be joined!).. 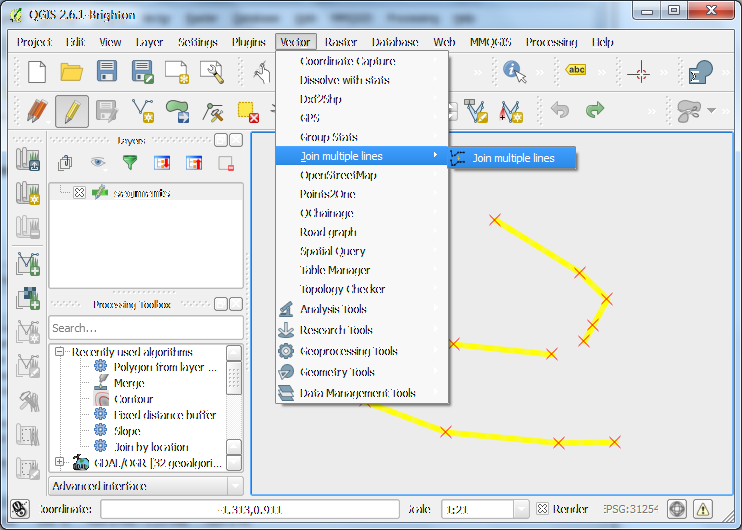 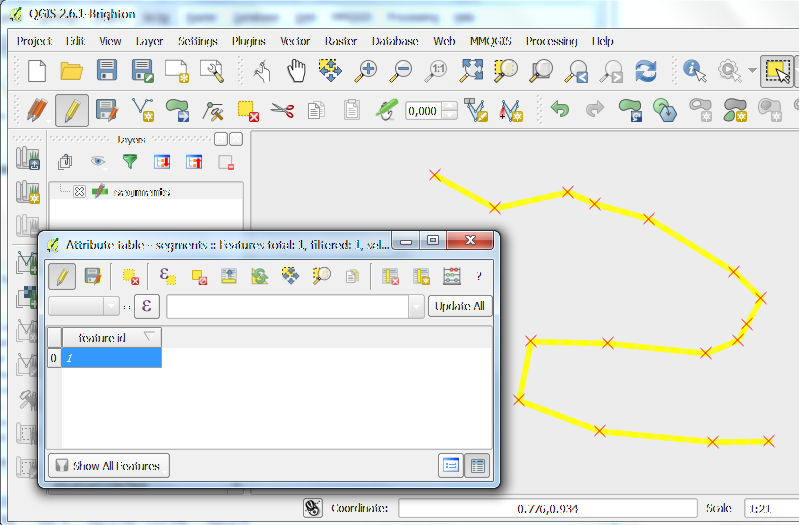 Another approach would be to load the data to a SpatiaLite DB and then run the below query: 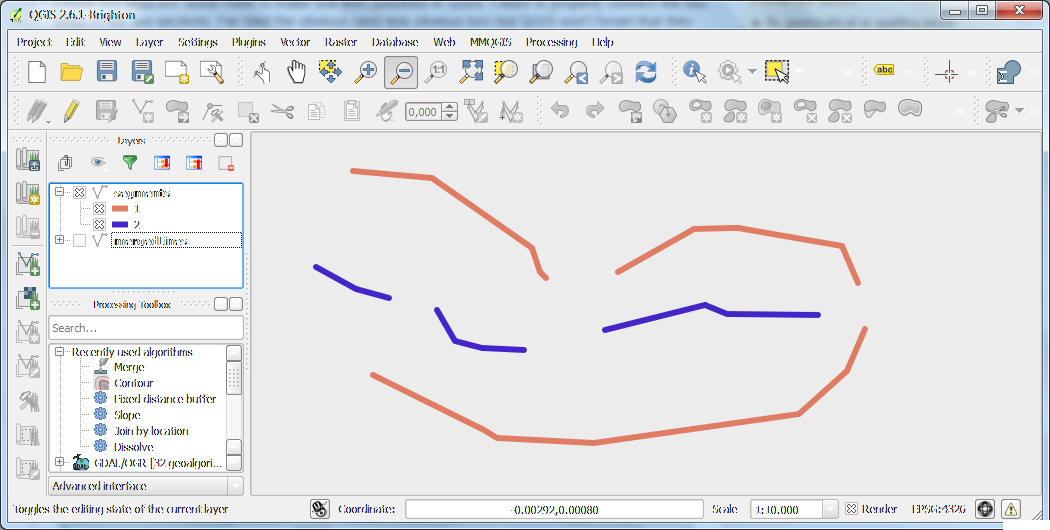 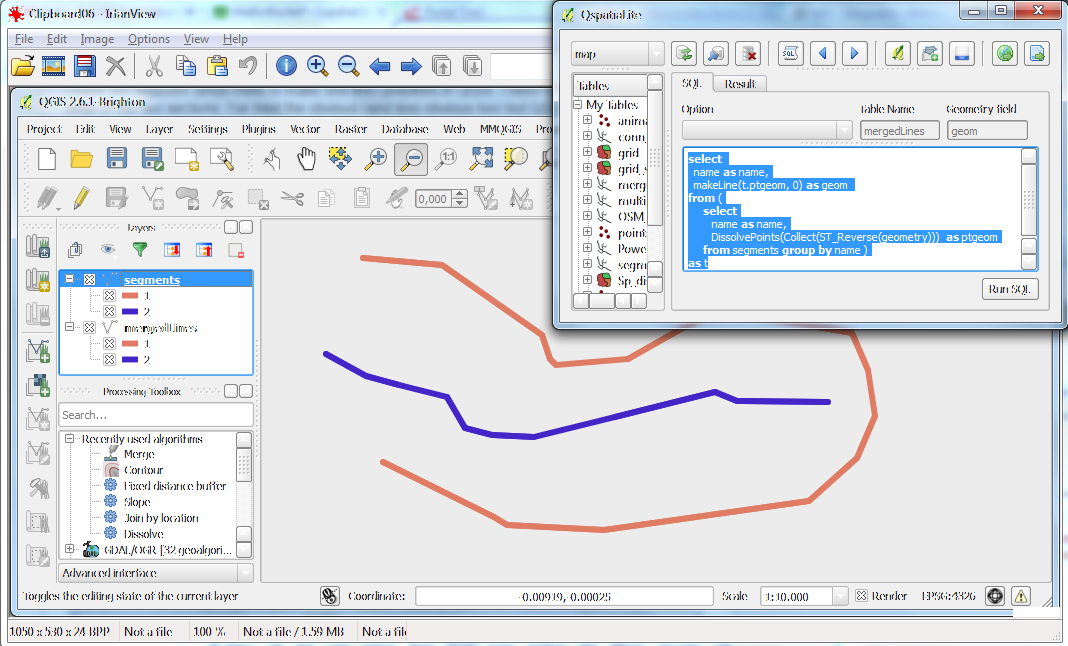 5
How to connect lines with gaps to continuous line?
2
Merging lines in QGIS