How to find the distance to the nearest coastline from a land-based latitude/longitude point?

I'm completely new to GIS and unsure what I need to solve this problem: 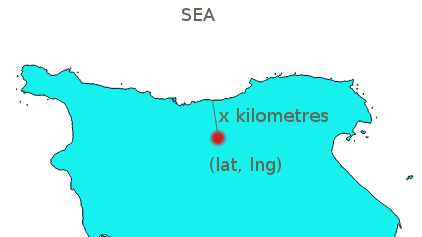 In the image above turquoise is actually land. Sea is white.

I tried using the NASA Distance to the Nearest Coast data dump by loading it with NumPy and performing a binary search, which worked and was blazingly fast, but the dataset's resolution wasn't high enough. I need a resolution of about 10 metres.

I've now downloaded the GSHHG shapefile (shown above loaded in QGIS), but I'm unsure what to do with it. I'm seeing a lot of posts here mentioning PostGIS and SpatiaLite, but I'm not sure if these would be fast enough, or even the right tool. The maximum lookup time needs to be under 100ms as I will be running this against 10,000s of locations during the back-end indexing phase of a travel search engine website. 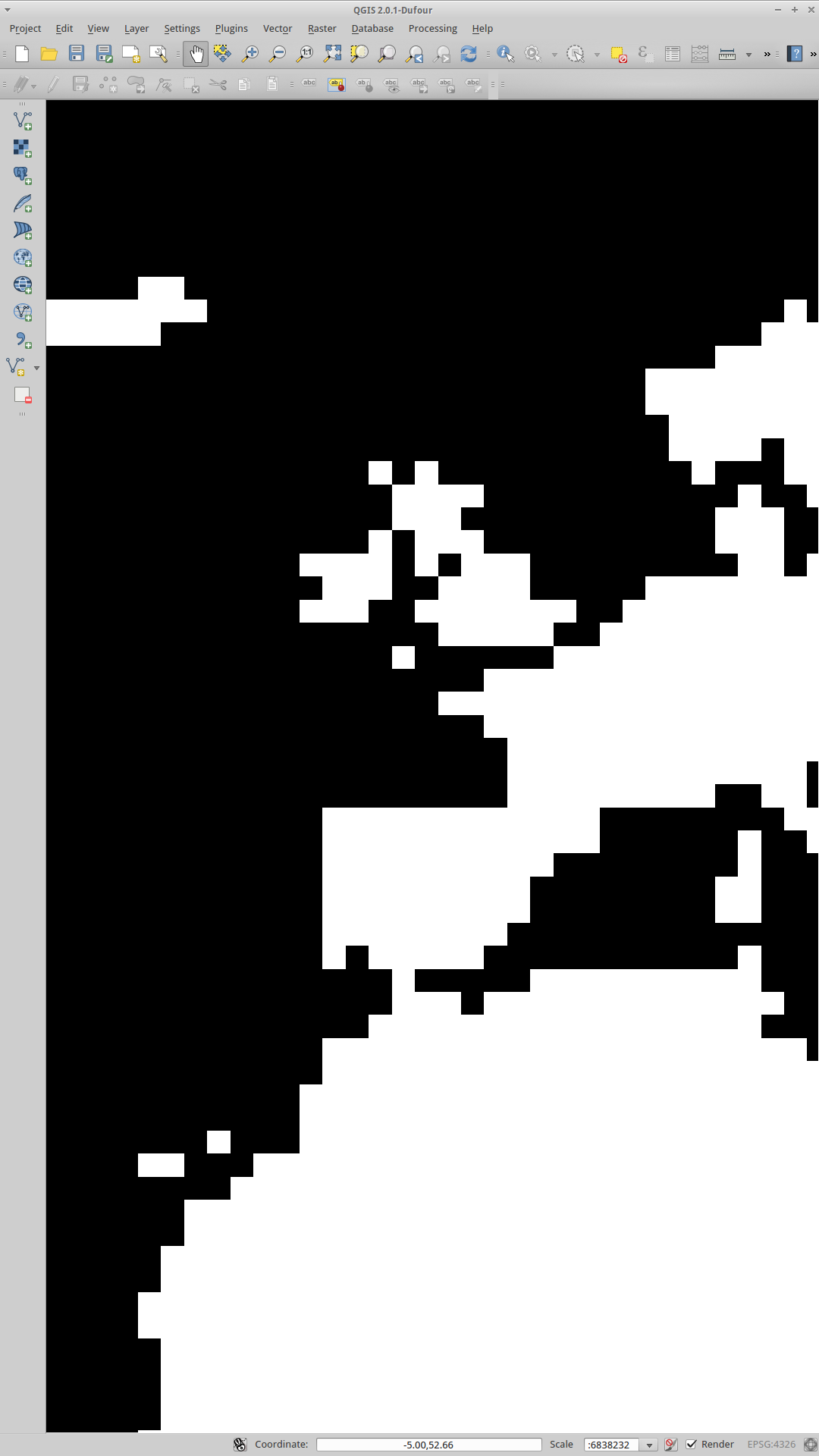 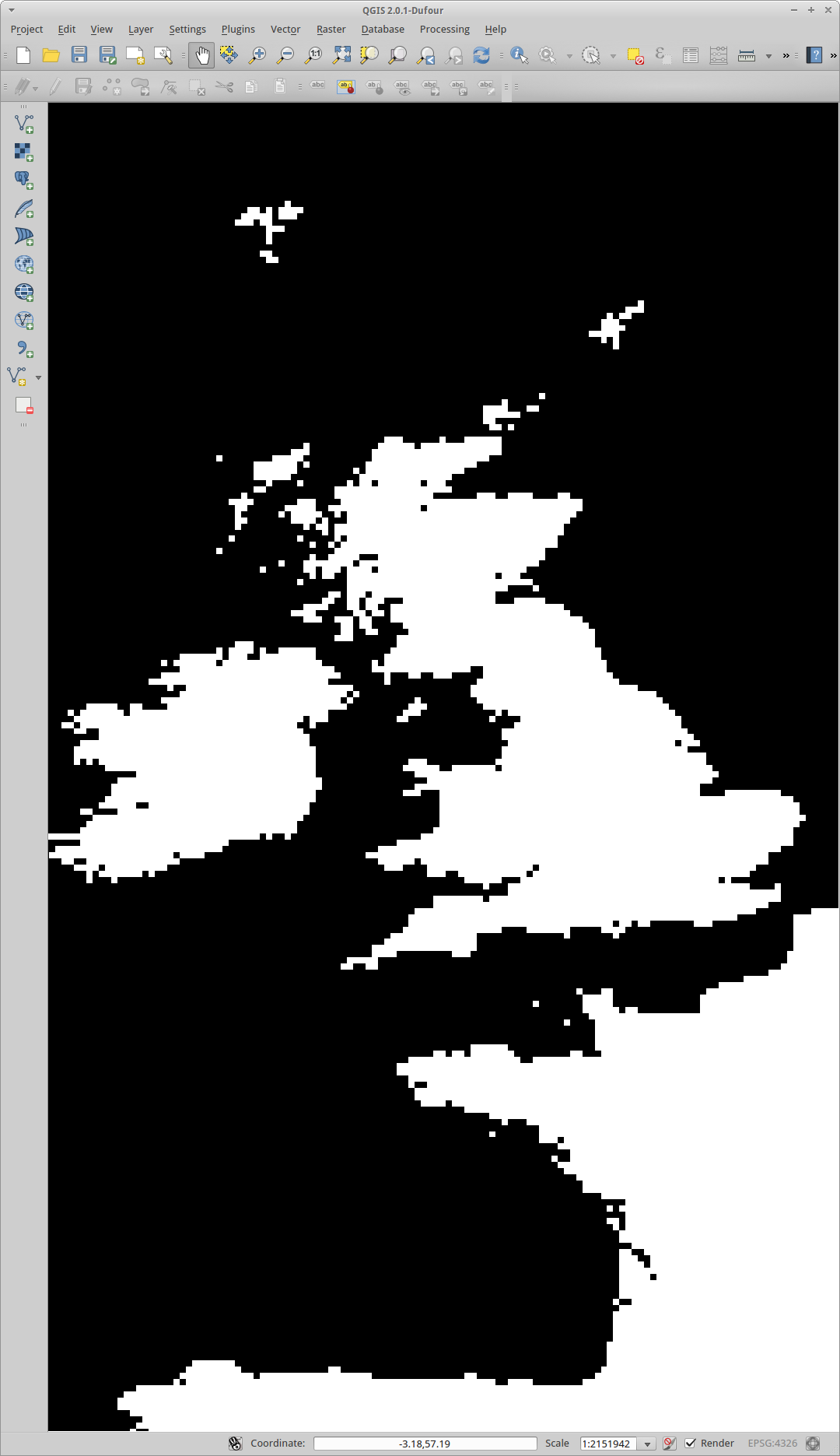 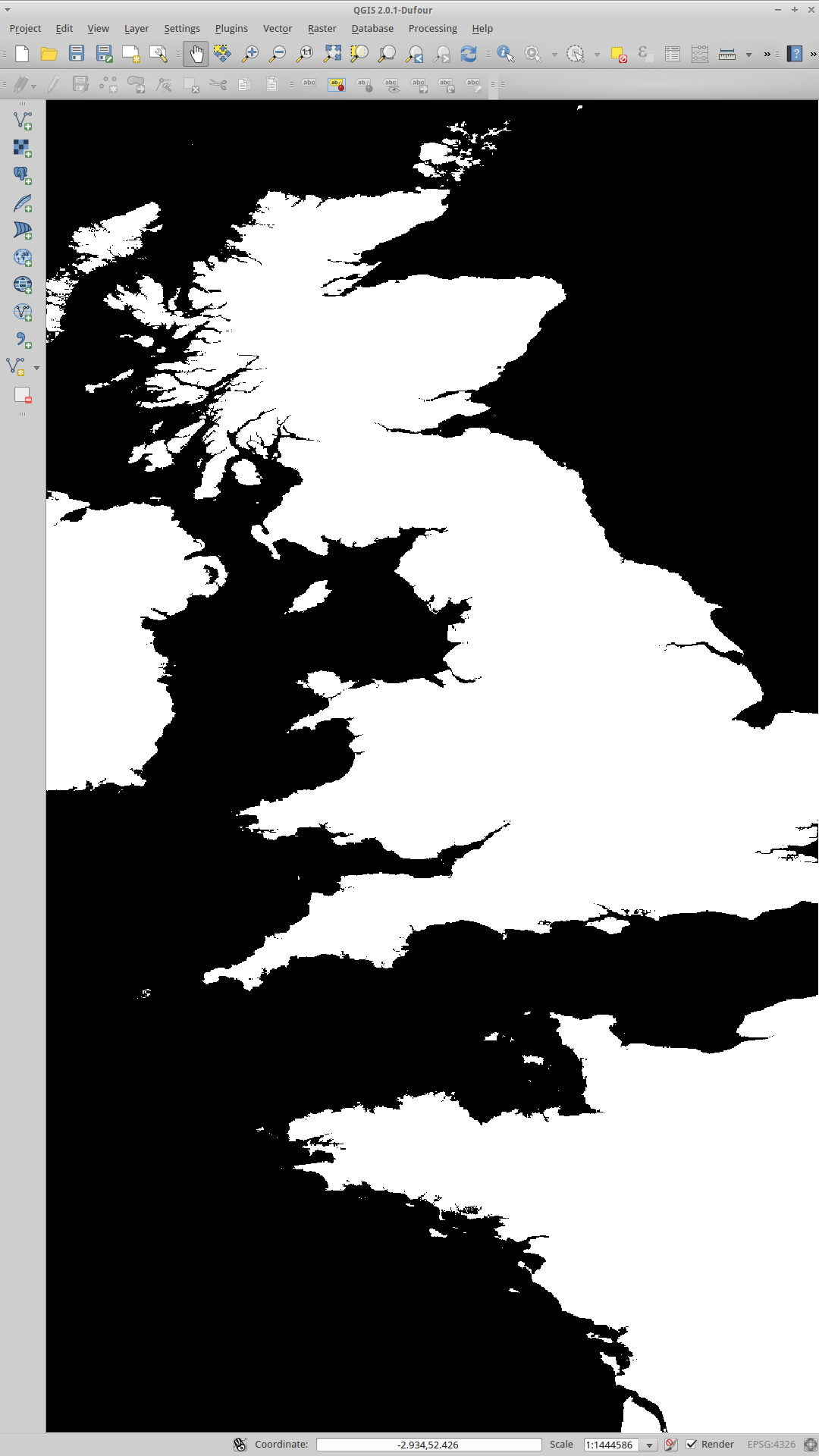 Based on Shortest distance from point to line (big dataset).

Your resolution is 100 metres, but probably as a geographic distance like 50 ArcSeconds, create a distance raster using gdal_proximity. This utility calculates the distance from each cell to the closest cell in another raster, for this you will need to rasterize the sea with GDAL_Rasterize. Both of these tools can be found in your QGIS install location.

Look up the raster on your web site, server side.. if you use BIL format then it can be accessed in a binary form where your row and column are taken as an offset from the origin divided by cell size. Or you can use GDAL to get the value for the individual pixel on the server.

If rasterizing isn't an option you can use OGR distance operator on the OGRGeometry class. Here's a quick script in python that shows how to do it:

Of course the returned distance is in the same units as the data and to get metres you will need to transform at some point using OGRErr transformTo (OGRSpatialReference *poSR) it's just a matter of creating two OGRSpatialReference objects - one for lat/lon (input coordinates) and another for the projected data; keep the boundary in projected coordinates.

OGR will work on Linux, the binaries are installed with QGIS but the headers may not be, obtain them from http://www.gdal.org/ . I have used OGR in C# and C++ and they work well.

I'm not familiar with the area of interest, it's the United Kingdom I think. I suggest that you post a question asking for "what OGR projected coordinate system to use for measuring distances in kilometres to use for (insert your area of interest here)" for suggestions on what spatial reference to use for the polygons if you don't already have one in mind. In this example I am using WGS84/Geographic as the input point spatial reference which may or may not suit your input method; if you are getting the point from google earth then it's probably acceptable.

Not the answer you're looking for? Browse other questions tagged python shapefile gdal performance or ask your own question.