ESRI's command line GIS workhorse, their premier product for over 20 years. Although Arcinfo Workstation is being phased out it still posesses features important for some that are not available in any other Esri product.

Excerpts from Wikipedia article on ARC/INFO:

The first version of ARC/INFO was launched in 1982 on minicomputers, as ESRI claims, the very first modern GIS. The name refers to its architecture as a Geographic Information System composed of a) geographic input, processing, and output tools ("ARC") with b) a complementary, but separate database ("INFO")

ESRI underwent a major change in its GIS product family when it released ArcGIS 8.0 late in 1999. With this release, ARC/INFO was discontinued and its code base largely frozen. ArcGIS was a multi-scale architecture, with the Desktop product released at three licensing levels: ArcView, ArcEditor, and ArcInfo.

ArcInfo Desktop continued to be shipped with the older command-line software, now named "ArcInfo Workstation" -- with links to access some of its functionality from the ArcGIS Desktop interface. Most ArcInfo Workstation functionality missing from ArcInfo Desktop at the 8.0 release was implemented within the ArcGIS 9.x geoprocessing framework. Many users who are familiar with ArcInfo Workstation still make use of it for its speed and large toolset, using it in conjunction with the GUI offered by ArcGIS. In addition, some users find that, despite certain limitations (especially database size), ArcInfo Workstation (lacking the overhead of a Windows COM-based application) can offer more efficient processing than the same functions implemented in ArcGIS.

Arcinfo Workstation's last planned release is with Arcgis 10.0. It will continue to work with newer versions but no longer be distributed with v10.1 and newer. (ref) 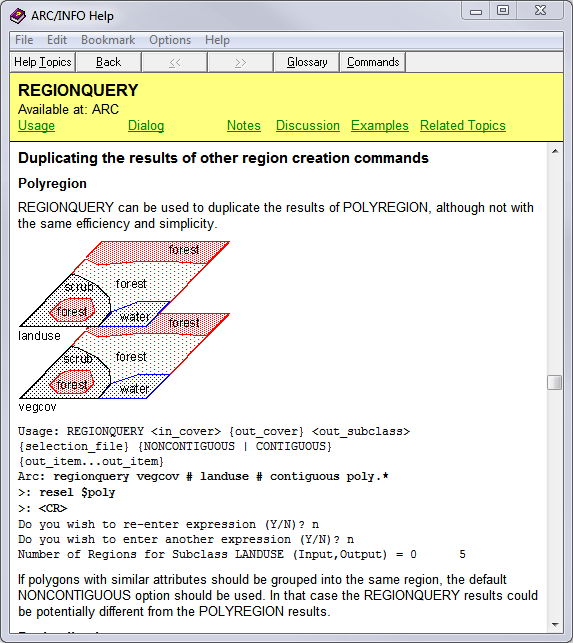 What is ArcStorm from Esri?

Why is Clip (coverage) in ArcMap not working?