I have radio-tracking locations of semi-aquatic mammals. Now, I would like to calculate the distance between the consecutive locations using the river as the animals would swim (opposite to as the crow flies).

I have two different files: a) Polypoint layer with all the tracking locations b) Polygon layer with the rivers, streams and ponds (and some buffer around it)

These approaches seem not to work for me: Network analyst (which seems to be most likely the easiest way): no license to create layer The linear referencing tool to locate features on a route: My animals move once in a while a bit off the beaten water track, thus I added a buffer to the water bodies = polygon layer

You'll need river centreline and linear referencing to achieve this 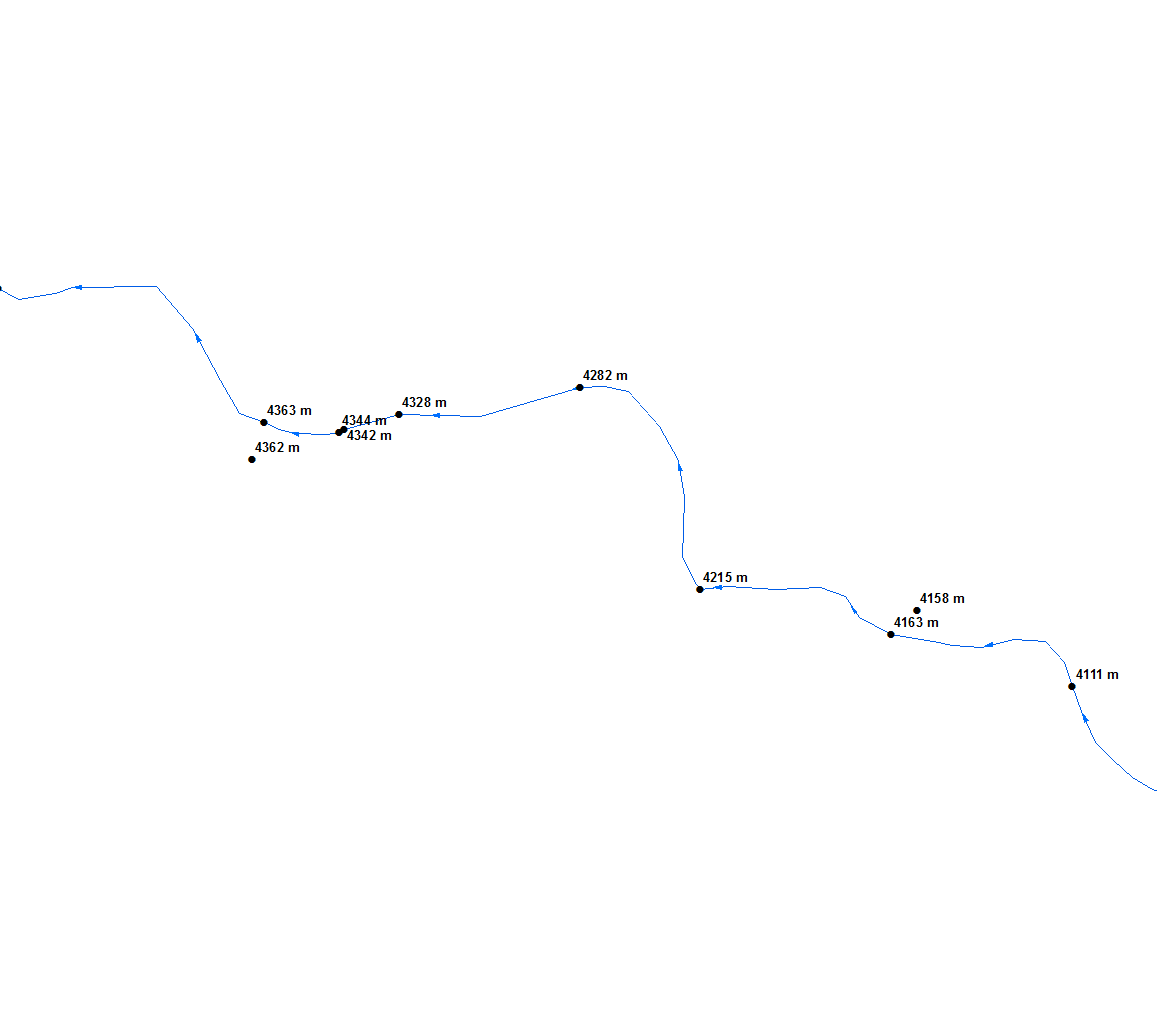 If you have to repeat task multiple time, I'll post a script that fascilitate chainage computation without linear referencing

I just would like you to know how I finally got around my problem: with the Network Analyst.

I first had all rivers and streams as polylines (just as one would do with the linear referencing). For lakes, where the rivers run through, I added horizontal lines so that the whole lake then was covered in a grid, connected with the river-polylines. For ponds or other waterbodies outside the river, I connected them also with polylines to the river. I then set up a Network Analyst layer, with distance as the only parameter.

I then took my radio tracking location excel file, copied the locations (x, y) at the end of the table (new colums: "End x" and "End y") and deleted the first of the "End x" and "End y" (move whole rows up). Thus I had the coordinates of a location and the consecutive location for each individual in one row. I then added the table twice to ArcGIS: Start.shp = with the original x and y. And End.shp with the coordinates "End x" and "End y". With that, I could create a new Route. I used the "Start.shp" as first stops and the "End.shp" as second stop. I then let it run in the NA and it seems to have worked rather nice. There are few locations behaving weird, so I might snap all locations to the network using the "NEAR" tool, but I guess it is fine.

Not the answer you're looking for? Browse other questions tagged arcgis-desktop arcgis-10.0 distance rivers or ask your own question.