Model Builder is not intersecting erased and selected files

I'm having trouble debugging my model that I'm creating in ArcMap 10.1 ModelBuilder.

The model is just a simple string of geoprocesses, but there's a point at which the model isn't exporting the expected features. Specifically, I've narrowed it down to a point at which the model takes a polyline file which had been erased (interim_erased) and intersects it with a selected polygon file (Inactive_ESA), and at this point the output file (interim_intersect) is empty.

The only thing I see that could be happening is that the "ESA" isn't getting selected at the "Select by Attributes" step (The output being "Inactive_ESA"), because the erased file "interim_erased" has the expected features in its table.

Also, I've double-checked the selection expression - it's correct and works fine outside of ModelBuilder. I also have the license to execute Erase.

Maybe, if someone knows how to look into ModelBuilder at what's actually getting selected at the "Select Layer By Attributes" point in the model?

However, when this erased file of red polylines is intersected with my selected Inactive_ESA (which is where I'm selecting the red polygons), the table is empty. So this suggests to me that the ESA isn't actually getting selected by the "Select Layer By Attribute (9)" process. How might I see what's actually getting selected at this step? (because I've double checked my expression and it's correct and works fine outside of the model) 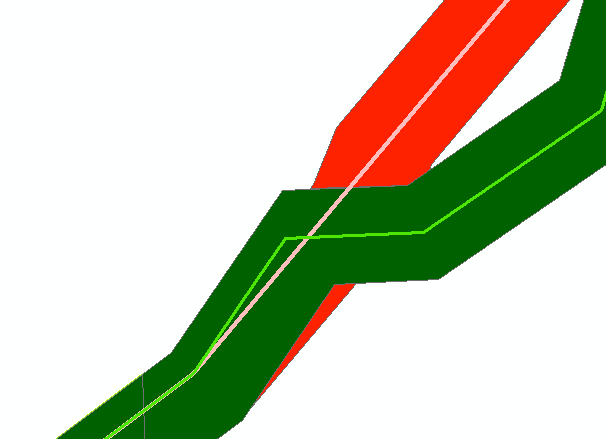 Maybe I don't get some fundamental thing about ModelBuilder, but it looks like the order you place tools on the whiteboard of ModelBuilder actually matters. Even though the connections were correct (and has exactly the same parameter as before I replaced the Select By Attribute tool), removing the Select by Attribute tool and replacing it worked for some reason.

So you've confirmed that the select layer by attribute is definitely selecting your polylines.

Finally would it be the correct understanding of you model is that you have your ESA layer, select the active polyines, erase some of these, reselect the inactive polylines and then attempt an intersection of inactive lines in an area of nothing which should produce nothing...

So if I have understood your description and if everything was running as expected the black line that I have identified below based on image above would be what the intersect is returning? 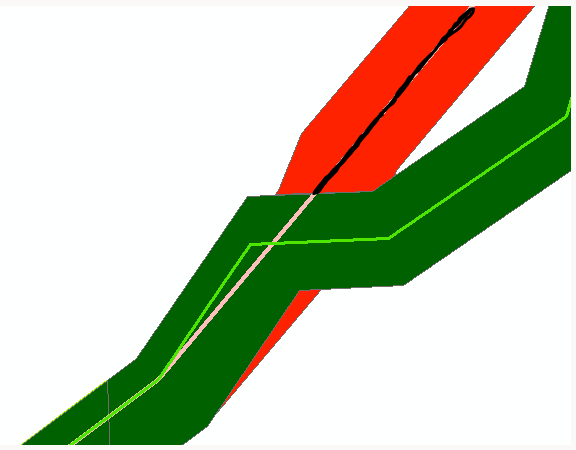 Not the answer you're looking for? Browse other questions tagged arcgis-desktop arcgis-10.1 arcmap modelbuilder intersection or ask your own question.