What are good colour schemes for large density flow maps?

I came across nice QGIS tutorial for mapping flows. 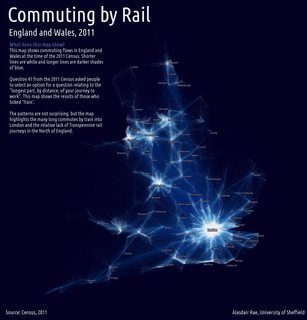 In contrast to Alasdair, I have zero talent in colour choice. Can anybody recommend some good starting points for nice colour schemes (I'd be interested in both 'dark' and 'light' background options) that work nicely on screen and in print?

I've always been fond of a colour ramp that I use for visualizing flow accumulation (not that unlike your application) that transitions from black to blue to yellow to pale yellow. It does an excellent job of highlighting the high-value areas, gives good contrast within areas of low values and seems to be a bit warmer and less 'ghostly' than the blue-to-white colour progression that you show above. 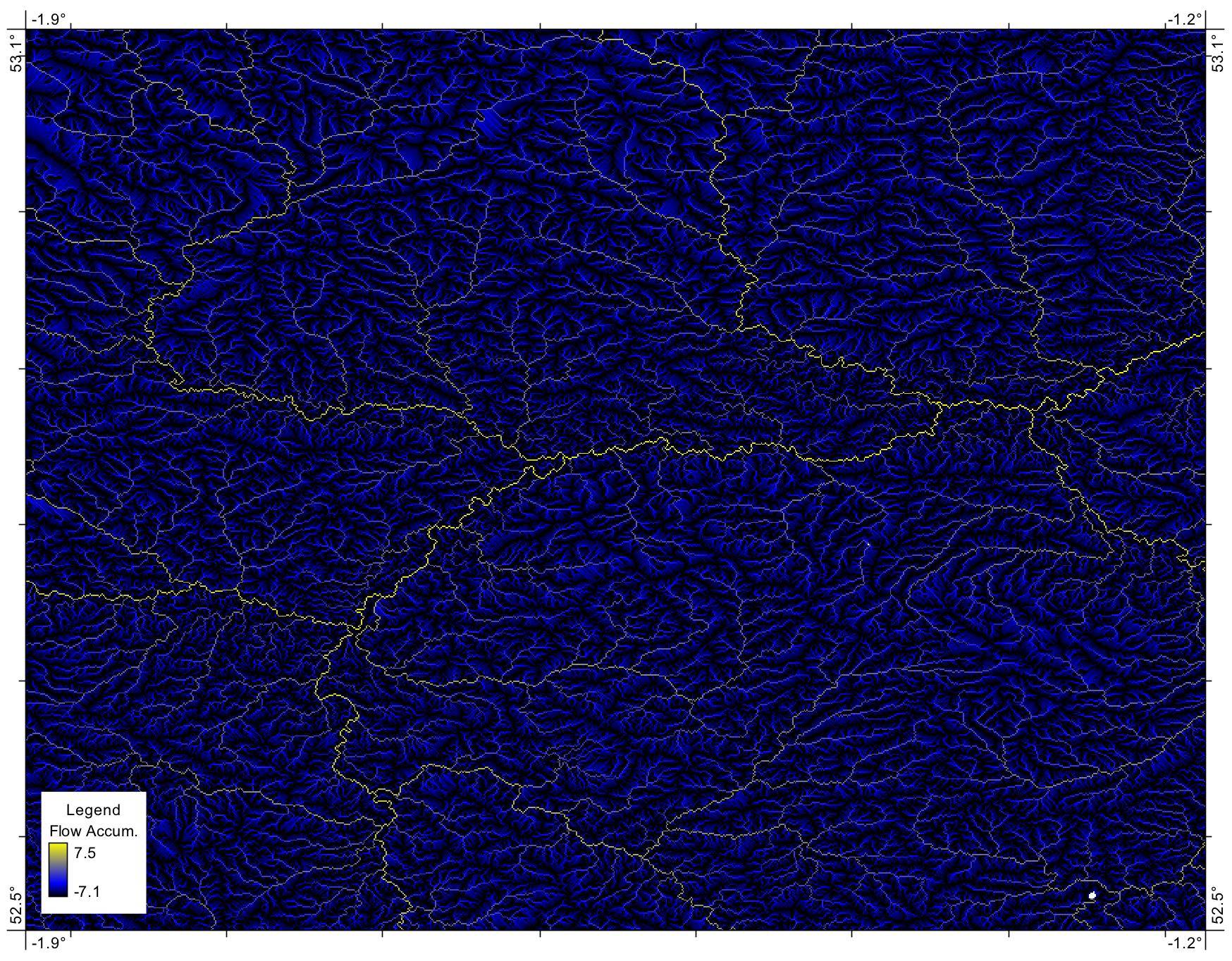 Ultimately, though it comes down the preference of the cartographer. Good luck.

Take a look at Color Brewer, a site that helps you to pick color schemes that are well-suited for communicating particular types of data.

(I copied this description from this Wired article about Cindy Brewer, the creator of the site).

Just try to avoid green to red color ramps considering the color-blind population that may have difficulty interpreting your results. I am green/red color-blind and get frustrated when cartographers/GIS mapmakers use this option.

As I am similarly not an expert in the field of color, I find that a good place to start is to use tools. They leverage the expertise of others who understand how colors work.

If you have an image, website color scheme, page theme, or other source of colors, there are tools that will take an image and build a color palette based on the image. Other websites offer pre-established themes that have complementary colors.

http://singlefunction.com/15-hand-picked-color-palette-and-color-scheme-generators/ and http://www.evolutionarydesigns.net/blog/2010/08/27/color-palette-generators/ are articles that compare these kinds of palette generators. Do a web search for "color palette generator" and you'll find plenty of help. Many are online free tools, others are included in packages such as Adobe Kuler.

You are really just asking about an effective color scheme to distinguish between foreground and background in this particular setting. I've speculated that the dark backgrounds work similar to the high contrast screen options on the computer, but I am not familiar with any academic work examining this.

Alasdair's map (and the facebook friends map) are created by superimposing a series of highly transparent thin lines. The lines in those examples are weighted as well, and it appears the ramp goes from blue to white. Blue seems to work nicely on a black background map, but I suspect any fully saturated color-to-white will do, and when stacked in dense areas will come to the foreground.

Note if you had a white background map you would want the color ramp to go from lighter-to-darker, which ends up being more difficult to make it look nice in my experience. (They probably are just as effective data visualization though IMO.) It is a tradeoff with the dark backgrounds -- they are more difficult to show thematic information in the background, but that may be considered a good thing as it focuses the attention on the flows.

Pro-tip with flow maps like these, the long lines need to be drawn first, and then the smaller lines on top. Else the dense areas are somewhat muted because of the lines on top.

Not the answer you're looking for? Browse other questions tagged qgis cartography flow-map or ask your own question.

117
Accounting for Colour Blindness when designing maps?
7
What is your workflow for designing "antique" maps?
3
Looking for good looking maps with nice colors for presentations
5
What is a good resource for making choropleth maps using excel data?
5
What is the 'Layer' box in 'Save Vector Layer' good for?
18
What is a good resource for learning to hand draw a map?
0
Does software exist to create Flow Maps (for migration of people) on Mac?
2
What CRS for a large scale analysis