Determining which road segments get most use using ArcGIS Network Analyst?

To start, I should mention that I'm hoping to solve this using Network Analyst and (if I have to) Microsoft Access. I am also a poor programmer - my knowledge of python is limited at best.

I have a dataset that contains somewhere around 20 000 individual origins and 130 individual destinations. Each of the origins has a number of products (measured by volume) delivered to any number of destinations (let's say an average of 5 destinations for each origin). Each product is shipped on its own truck to a single destination.

The problem I'm trying to solve is which roads have the most volume travel over them.

The first solution I thought of was route solver; I would have to iterate using some sort of crazy field identifier, but I'm having a hard time figuring out how to do it. I need to add an origin as a stop, then add the corresponding destination as a stop, then run... etc. So my first problem is I'm not sure how to set that up to iterate properly (I can't picture the table to lay it out properly unless I make ~ 100 000 different tables!) 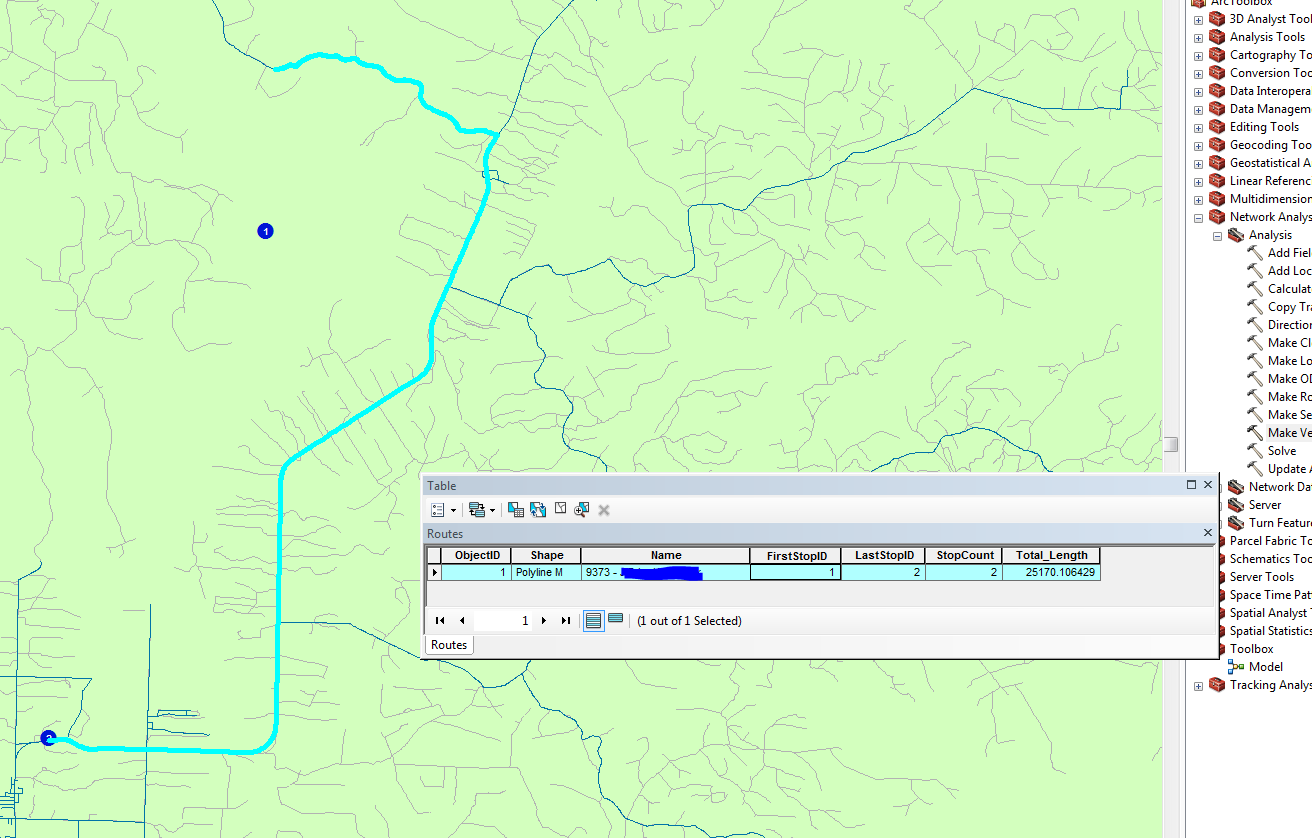 What I'm looking for is some way of determining the number of times each route is traveled - if I could link volumes to the lines somehow and then sum the volume by line segment, I could map the most used routes.

In a perfect world, each line segment along the route would link to a volume and I could use access to calculate the sums. Then import it back to ArcMap and categorize by values to display a map where the most used roads are thick and the rarely used roads are thin.

Chris W. (https://gis.stackexchange.com/users/28067/chris-w) did answer a very similar question here: Summing multiple routes using ArcGIS Network Analyst?, but I'll be honest - even though the process makes sense, the details are still escaping me.

Update: I've had a coworker suggest that I might be looking at this the wrong way. He suggested I look at it as a flow problem rather than a network problem. I'll update again later if a solution presents itself.

I've done something similar counting number of students walking around the campus I work on. We had a network of roads and footpaths and iteratively ran network analyst to solve shortest route from location X to location Y. This was all done in model builder.

So this created a dataset of lots of lines (routes taken) that overlapped.

This assigns a value to each node in the network (rather than edge) based on how many times it is traversed when you do a shortest-path between each node and each other node.

I'm not sure if this is available in the ArcGIS suite of tools, although there seems to be a plugin which will do this called Urban Network Analyst Toolbox

It is available in GRASS - v.net.centrality, and I think QGIS 2.14 added support for the v.net suite of algorithms, provided you have GRASS 7 installed. There's a blog post by underdark which covers this algorithm.

If coding is a possibility, this will do the same thing (although it will be painfully slow, so better to use an existing implementation)