My pgRouting shortest path algorithm is able to take restrictions and oneway streets into account. Threrefore, OSM data was imported into a PostGIS database using the tool pypgroutingloader. Sadly, the left turn at major intersections is still not accurate. Using a different import-tool (like osm2pgrouting) does not help either.

This is, what a correct route (south to west) looks like (using OSRM). 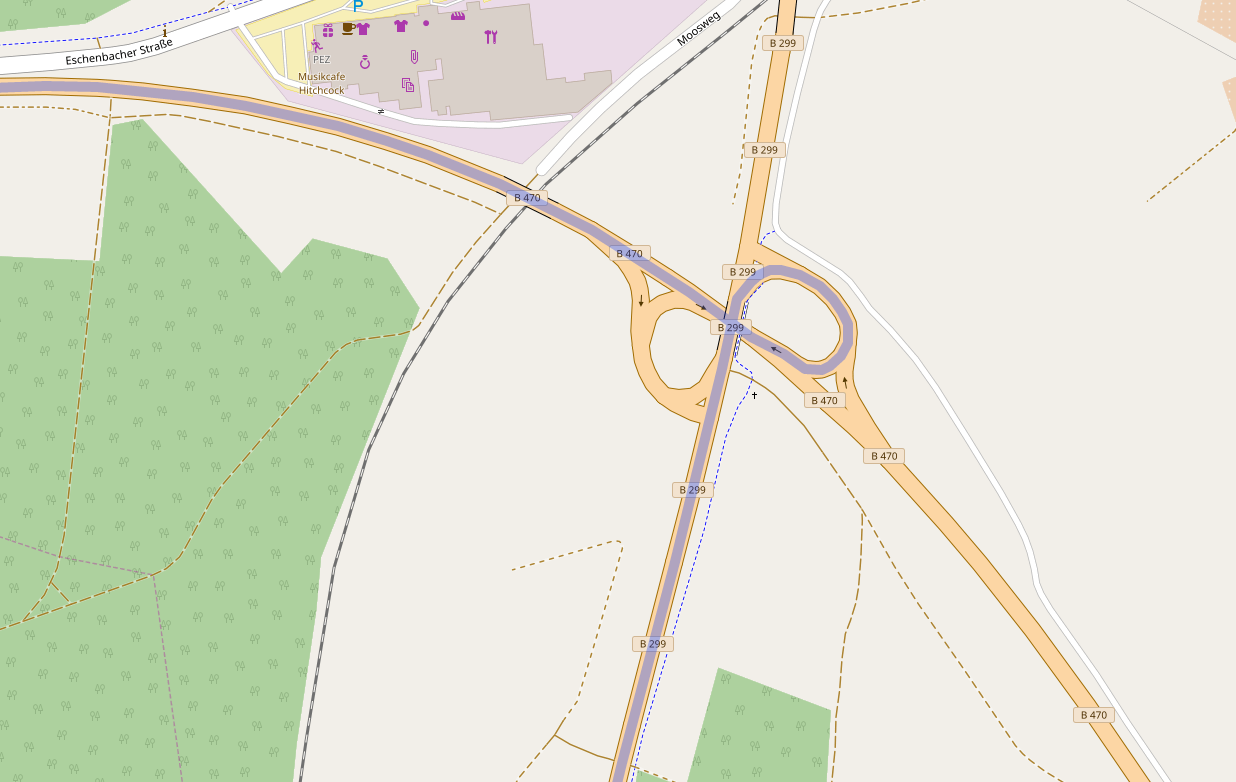 My setup currently generates the shortest path like this: 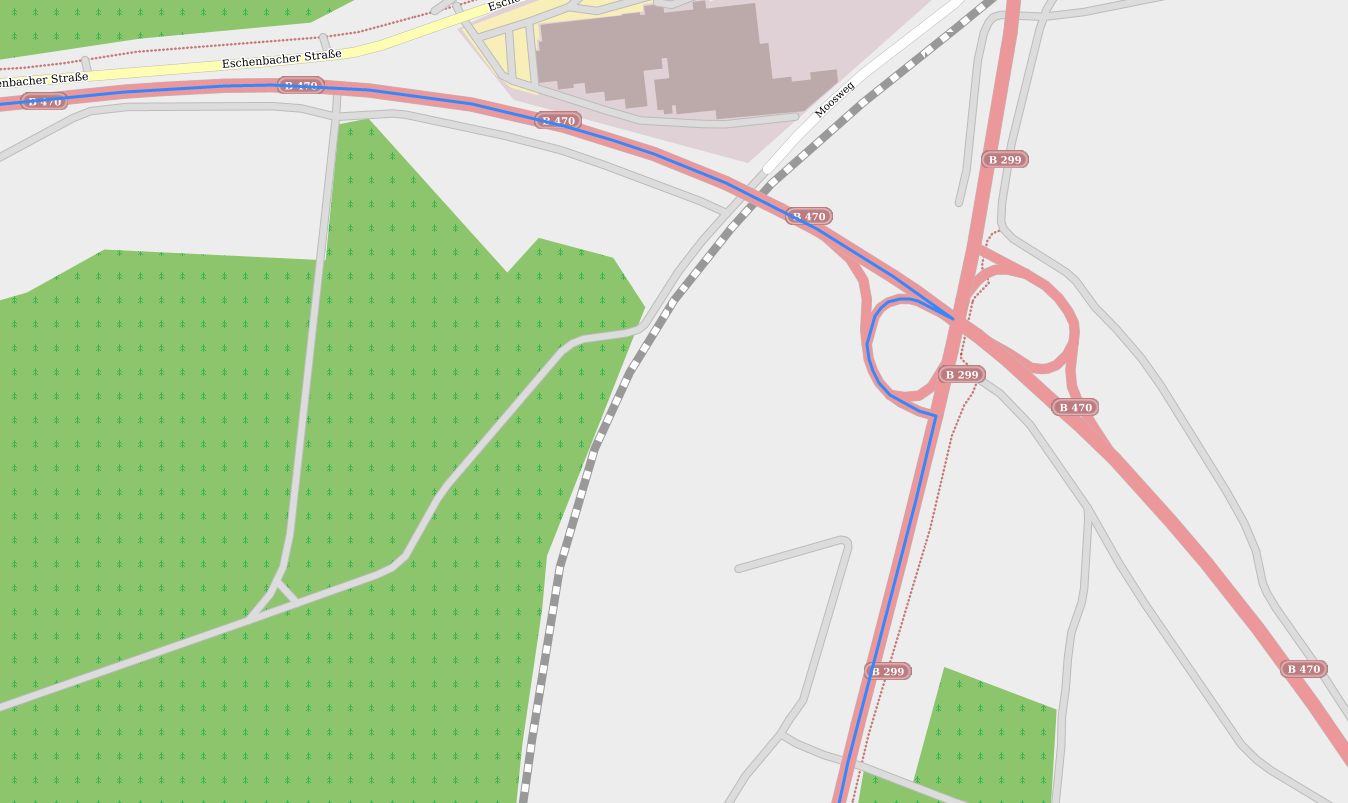 As you can see, it is not violating the oneway-rule. It illegaly turns left at the node after the driveway. How could I get rid of that behaviour? I already thought about calculating the angle between segments and ristricting sharp turns... But I have no idea about how to do that.

You need to add the turn restrictions into the dataset. MapBox have been working on this with the Openstreetmap data using the Turn restrictions plugin in JSOM - see this blog post for more details or using the iD editor (see here).

Not the answer you're looking for? Browse other questions tagged pgrouting routing shortest-path or ask your own question.

12
Are there any intelligent travelling salesmen?
2
How to avoid sharp turns in PgRouting?
6
How to filter the graph on which I want to find the shortest path
3
Doubts about how pgRouting topology is built and how flexible it is
5
Minimizing turns in ArcGIS Network Analyst routing?
7
Shortest Path Analysis with Turns in FME?
1
Navigating a road network and avoiding u-turns