I have written a function that builds a new layer from from a gpx file which is read using pygpx. It runs and the new layer appears in QGIS with all the attributes correct.

Initially I created the layer with a crs of epsg:4326 since the data was lat and lon but when I try and cut and paste the points into my master table I get a message that no points were pasted and no hint why (I have looked in the log).

I now want to try to create the layer in my project crs to see if that fixes the problem but for which I presumably need to transform the points using tr = QgsCoordinateTransform(sourceCrs, destCrs) as described at Transforming single QgsGeometry object from one CRS to another using PyQGIS?

What I can't figure out is how specify the source and dest crs. I tried supplying strings -- there were no errors but it does not seem to do anything. The call to transform returns 0.

Issue is because parameters in your QgsCoordinateTransform object are strings and they must be QgsCoordinateReferenceSystem objects. To solve that (for an arbitrary point in New Zealand):

By using QuickWKT plugin, I visualized that point in QGIS (OTF enabled) and it is at right position: 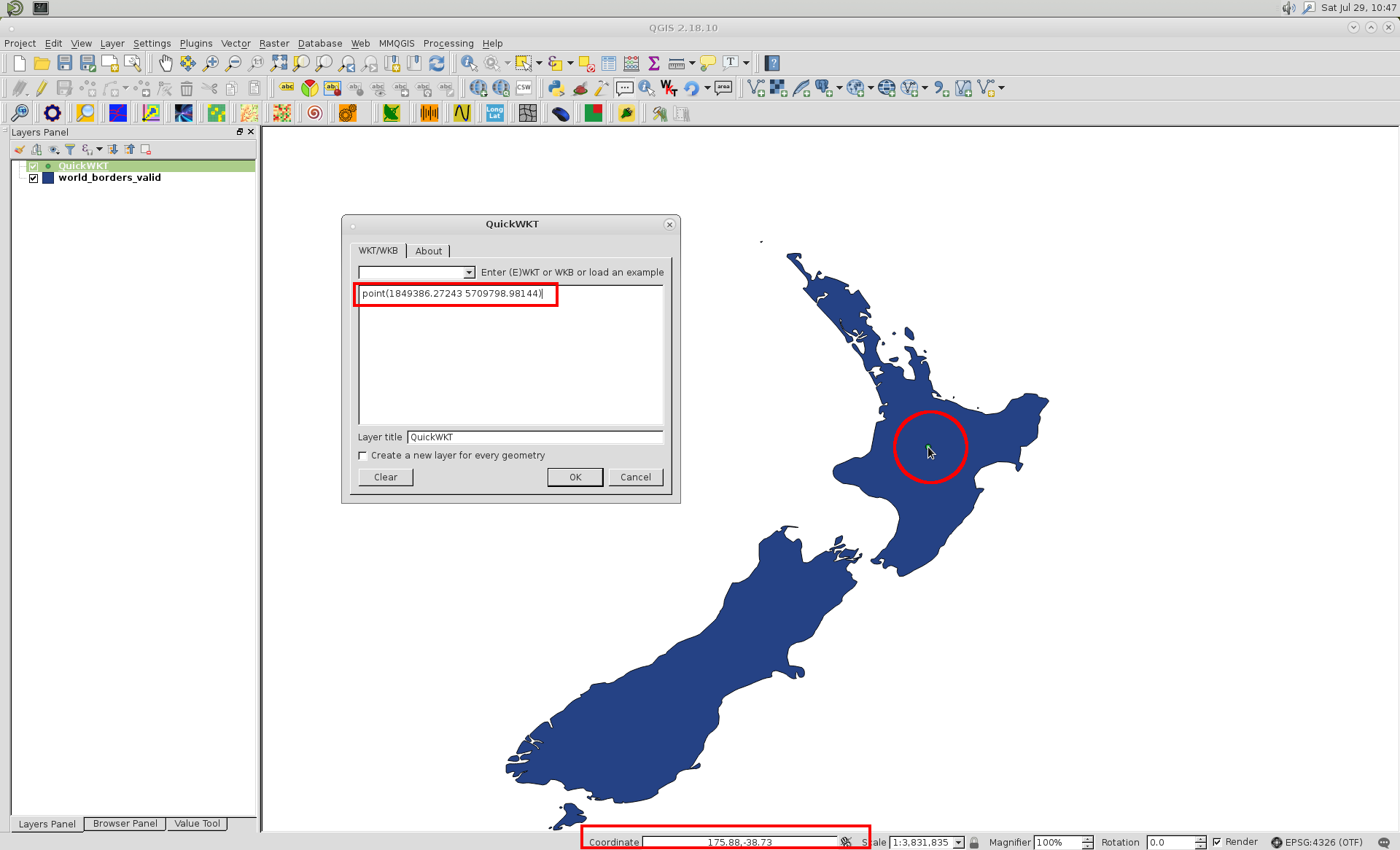 8
Transforming single QgsGeometry object from one CRS to another using PyQGIS?

1
How to automatically transform between base layer and vector layer in OpenLayers
1
Why the "shape tools" won't work with a different CRS?
2
How can I determine if a transformation between two CRS is simply scaling/translating or more complex?
0
Setting up CRS for Mars images taken by a satellite
0
Trouble switching the project CRS in a new project in QGIS