In the picture below I am finding the bearing of two close lines. This is the picture of two complete lines. The brown line might be a bit large from the blue line.

Should not be the bearing of these two lines should be close to each other with a difference of may be few degrees?

In the end what I am doing is calculate there difference like that:

The WKT values of blue line is:

The Wkt value for brown line:

Shouldn't the bearing be close enough? 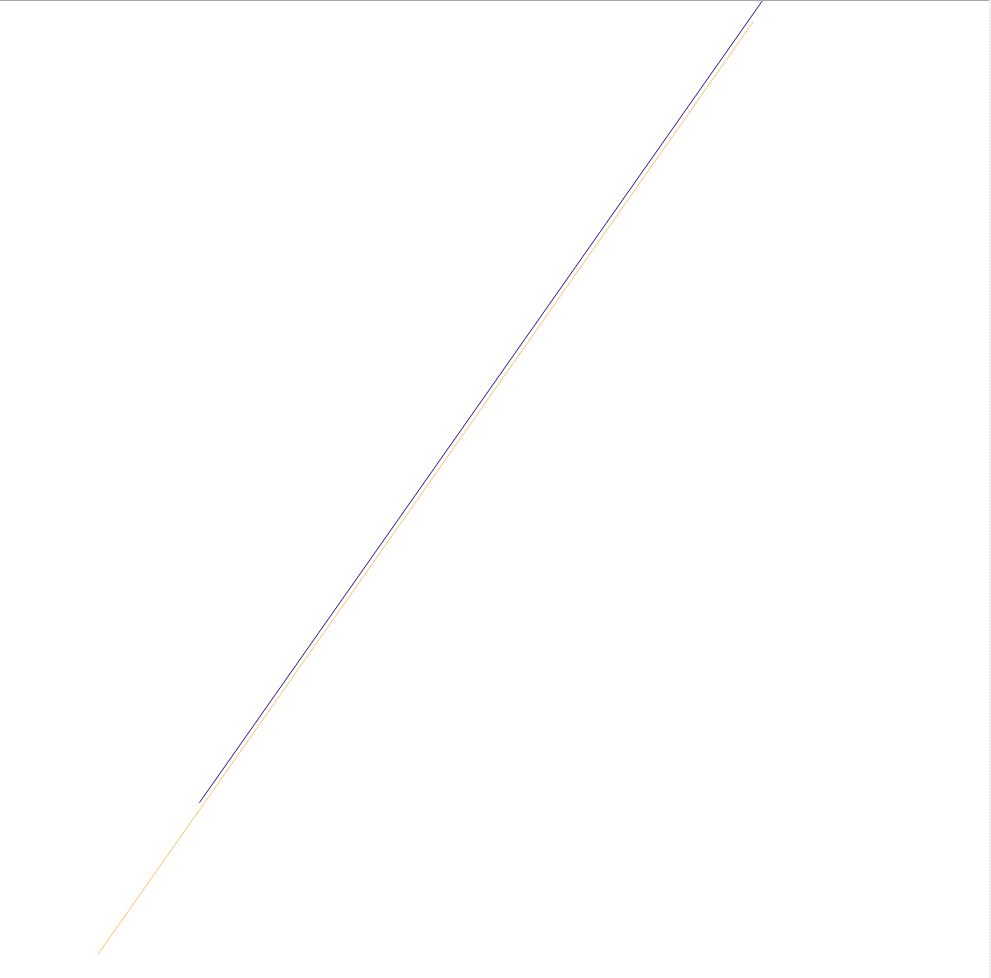 One line starts at bottom left and one starts at top right so a diffence of about 180 should be correct.

I use this calculation, taken from Find the bearing angle between two points in a 2D space:

Which for the first line gives:

Not the answer you're looking for? Browse other questions tagged python linestring azimuth bearing parallel-lines or ask your own question.

2
Calculating difference between bearing values in degrees
7
Measuring Angle of two Points from North in ArcGIS 10.3 C# SDK
0
How do I calculate the latitude of an end point given a start point, bearing, and longitude of the end point?
2
Visualizing updating lines of bearing from point?
4
Calculate weighted azimuth/bearing of a line
1
Calculating bearing (magnetic) between two lines?
2
True-North Bearing between two GPS coordinates
2
Geodesic distance discrepancies using proj