Setting legend in QGIS to only show values that actually occur?

I am using QGIS 2.18.3 (I know, it's an old version now) on Windows 7. I have a raster of forest groups for Oregon, saved as the .img format and is rendered as Paletted. It was clipped from a raster of forest groups for the entire U.S. The legend in the Layers Panel for the OR layer has all of the forest group pixel values (a few hundred different values), even though there are only about 25 different pixel values in the OR layer.

How do I get the legend to not show all the values that don't actually occur in the layer?

Related to this, if I save as .tiff, the layer's legend only has min and max values, which leaves out a bunch of the pixel values.

EDIT: I've added a screenshot of QGIS to show the legend. All the values that appear in the screenshot legend aren't used in the raster. Those, plus the other unused values, are the ones I want to remove. 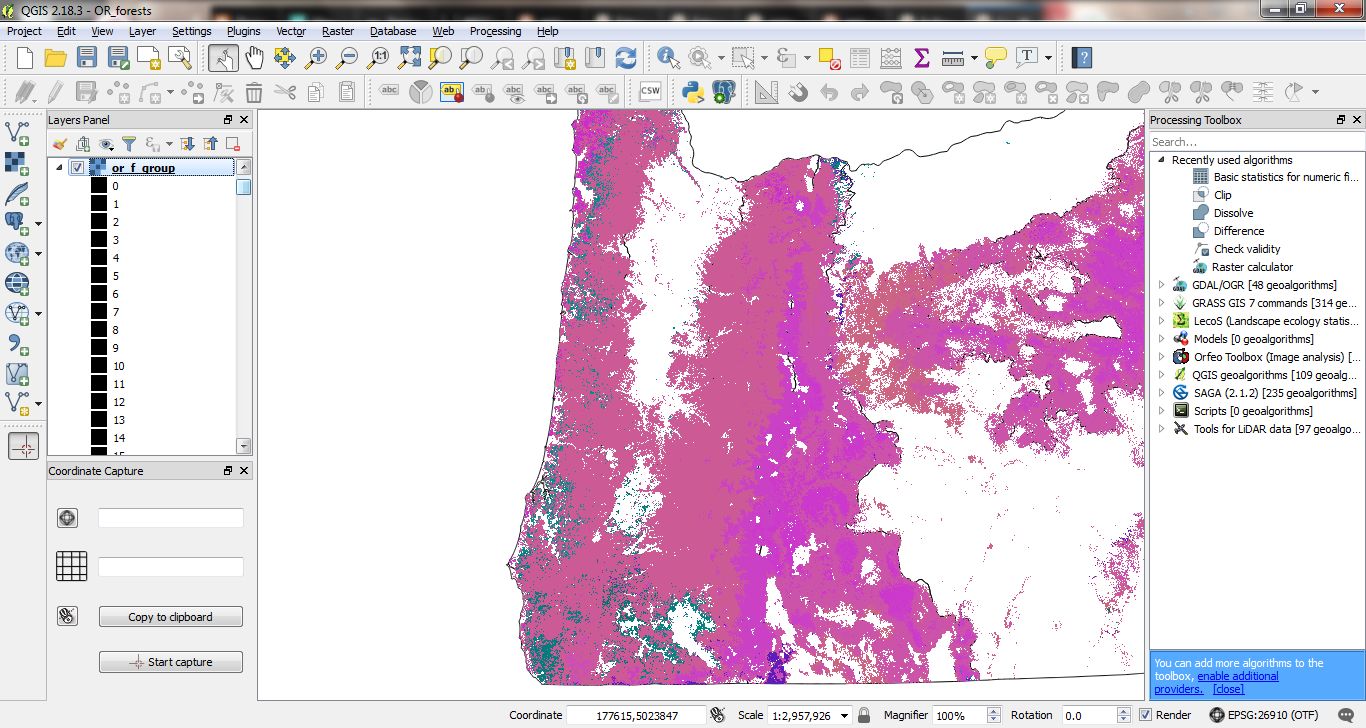 I hate to answer my own question, but it seems like I got at what I wanted. It was a matter of the Style > Render Type in the Layer Properties. 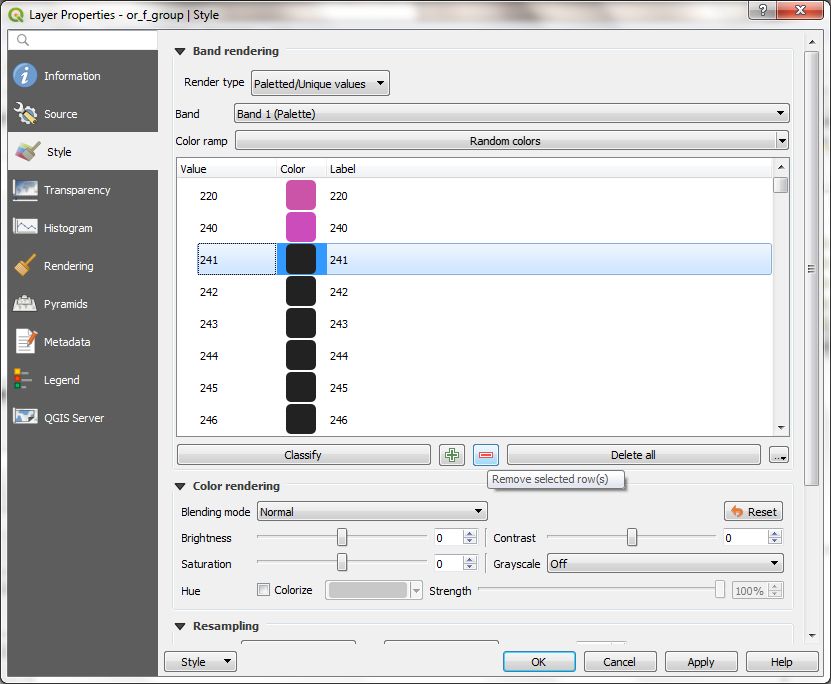 I had to manually adjust the values. I went through and deleted everything I didn't want. In order to do that, I had to use the Raster Information took from the Processing toolbox. Once I knew what values were actually represented in the raster, I went to the list of values and deleted everything not in my list of interested values. Then I manually changed the colors to tell the ranges apart better. 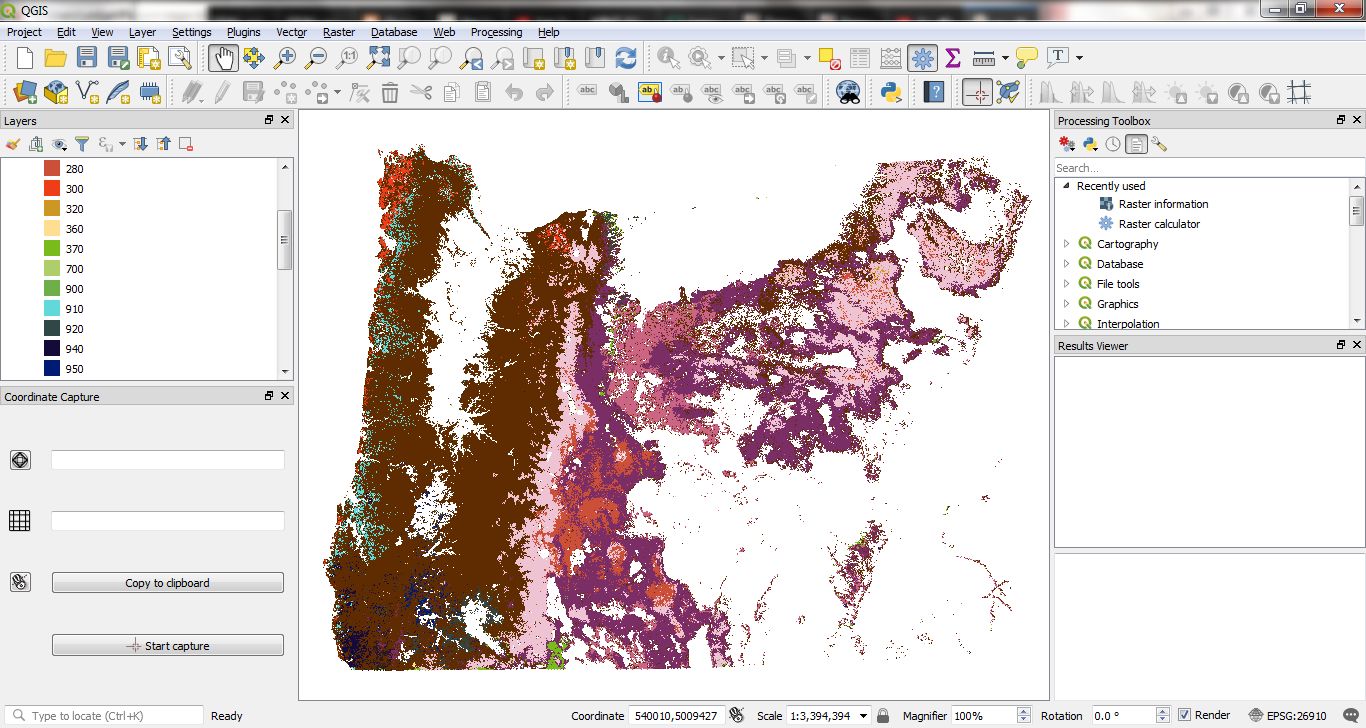 Not the answer you're looking for? Browse other questions tagged qgis raster legend or ask your own question.