Arcmap Select by Attribute with Python

I would like the following to select (highlight) the "project" layer that intersects the grid, and then pull a record from the selected "Grid". I do not need to save the layer.

Note: Running the script from within ArcMap in the Python Console window.

This code runs and no errors are given, yet it does not select(highlight) any features. Any Idea why? Also runs really slow. 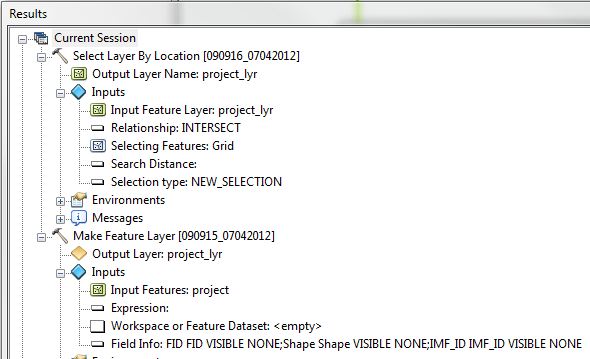 Basically I'm trying to do this: 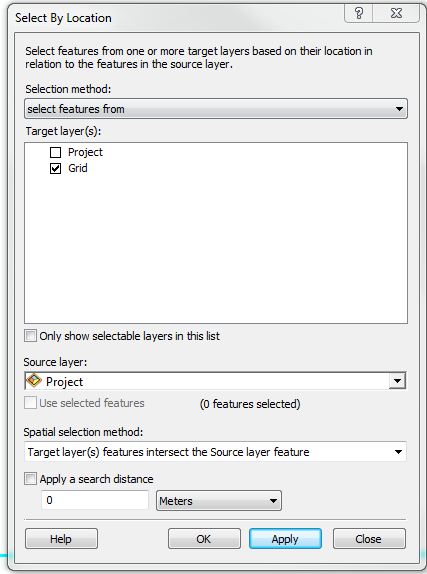 This runs really fast almost instant, but I want to do the same using python. I just need a value from the selected feature's table, I don't need a copy of the layer.

Writing data to the in-memory workspace is often significantly faster than writing to other formats...

Just not sure how to implement in-memory workspace

Dmahr is right, it's quicker to simply just select the layer instead of creating a feature layer. I would also add the rest of the variables, even though they are optional.

Another thing I find, is that running things in the python window of ArcMap is always slower. I find that if you write the code to a .py file, add it as a script to the toolbox and then run it, the processing will go faster.

Not the answer you're looking for? Browse other questions tagged python arcmap select-by-attribute or ask your own question.