How can I solve “Shortest and Fastest With time” routing issue?

Please see the image below. (If you can't see the image please search "Bangalore to Palakkad" in Google Maps.) I am searching for a route from Bangalore to Palakkad. Google shows two routes. I think the first one is the shortest path and other is fastest. But look at the distance and time. 385 for the shortest (time to travel : 6hr 51 min) and 410 for fastest (time to travel : 6hr 7 min). How are they calculating this? 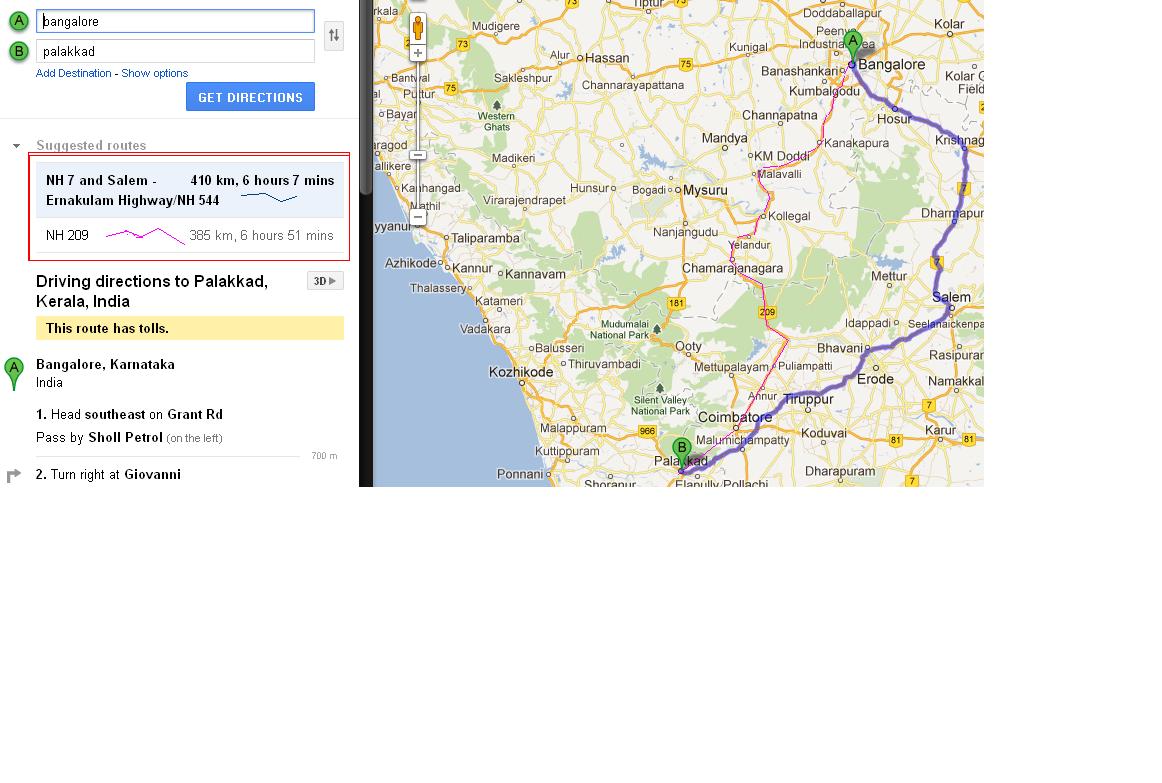 I think Google calculate a fastest route and then one or more alternatives, which may be shorter and slower, but not necessarily the shortest possible route.

Even the fastest may still have preference to using major roads compared to minor roads, even if the minor roads may be faster in some areas.

Not the answer you're looking for? Browse other questions tagged postgis routing or ask your own question.

7
How do I get a route between two points using PgRouting with TIGER2010 Data
3
How to map our data with Google Map data
4
What is the most “logical” route generating site (for Europe by car)?
1
Finding nearest Stop location (DB) from current location
0
How to create efficient database for routing?
2
Calculating the fastest routes and some points on the same time
2
pgRouting: weight routes with similar attributes higher
1
Removing the mirror route on postgres for shortestpath using pgr_ksp algorithm?